Over 2,000 people, representing about 1,486 Mising families from two villages in Dibru-Saikhowa National Park, have been demanding rehabilitation from the Assam government. 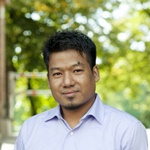 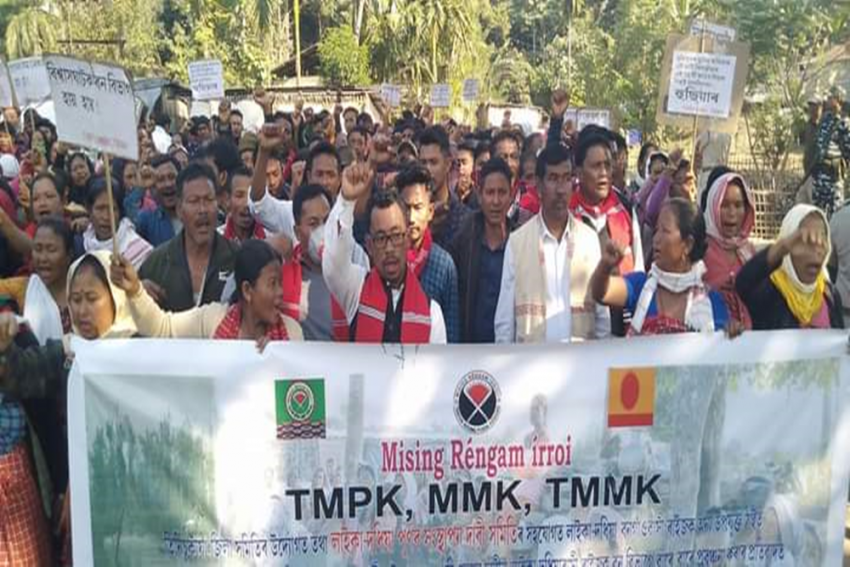 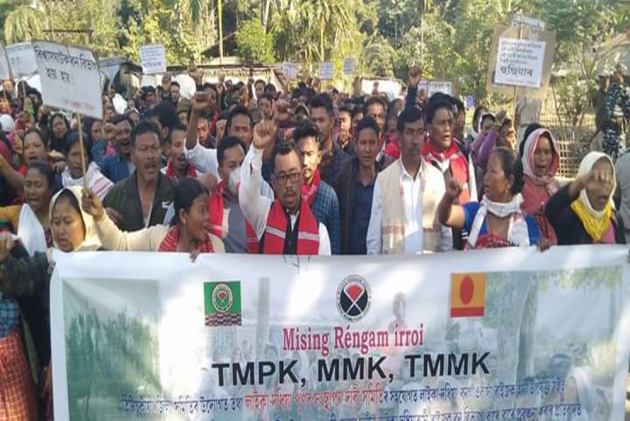 Kusmita Morang and her husband Bishnu Morang were expecting their first child. The protest site, with makeshift camps in freezing cold, is not an ideal place for a seven-month pregnant woman.

However, when the fight is about their very survival, staying back is not much of an option. Kusmita and her husband joined the other families on December 25, 2020, resisting eviction from Dibru-Saikhowa National Park. The protest had entered its 5th day. By December 29, her health conditions began to decline. Those at the camps advised her to go back home and rest.

Kusmita, after quite a bit of resistance, agreed. But she was back at the protest site by December 31 again and spent the night protesting. By the next morning, her health conditions again began to deteriorate. She was again sent back home, where her health conditions continued to plunge. Seeing no signs of improvement, she was admitted to the Assam Medical College Hospital on January 5. By the 6th afternoon, she lost her child in her womb, while she continued to battle for her life. She lost the battle and breathed her last on January 8, around 1.30 am at the hospital.

Kusmita, all of 20 years, is the second person to have lost their lives in the ongoing protests. Another woman, named Rebati Pao, had earlier succumbed to the extreme cold and unfavourable living conditions in the camp on December 30, 2020.

Since December 21, 2020, more than 2,000 people, representing about 1,486 Mising families from Laika and Dodhia villages, have been camping behind the Tinsukia deputy commissioner’s office, demanding rehabilitation from the Assam government.

Both Laika and Dodhia are inside the now declared Dibru Saikhowa National Park. While Laika comprises of three villages, Dodhia includes four. These seven villages, according to local estimates, have a population of about 10,000-20,000 people currently.

Contours of the protest

The Great Earthquake of 1950 that rocked Assam caused massive devastation and left countless villages in ruins. The then Assam government resettled various affected families from Murkongselek area at Laika in 1950, and those from Dibrugarh area at Dodhia in 1957 as “forest villages” inside the then Dibru-Reserve Forest. After its establishment, these villages, like any other, received all amenities from the state. However, things began to change by 1986, when the Dibru Reserve Forest was declared Dibru-Saikhowa wildlife sanctuary. In 1999, the sanctuary was upgraded to a national park. The residents allege that these upgrades were done unilaterally by the state without any consultation with the villagers.

The Laika and Dodhia villages, which had its own school, health centre and PWD roads was suddenly left in the dark, as no “human activity” is allowed inside a “protected national park”. Even an ongoing electrification of these villages was stopped midway under the instructions from the forest department.

Since 1999, the residents of Laika and Dodhia have been promised rehabilitation on various occasions. Meanwhile, with increased floods, the villagers continue to lose habitable space. With moving inland not being a possibility, due to it being a “protected area”, the residents now look to the state to provide them with an alternate space.

In July 2017, after being asked by the administration, residents of these villages moved to the nearby Tarani Reserve Forest. However, the locals from the neighbouring villages vehemently opposed the move. The administration had to intervene with the police force to prevent the situation from escalating into a full-blown conflict. The villagers moved back to Laika and Dodhia after an agreement was signed between Takam Mising Porin Kebang (TMPK) or the All Mising Students Union, forest officials and the district administration. In the agreement, it was clearly stated that the forest department along with district administration would rehabilitate all the residents within 8 months. Similar attempts to rehabilitate have failed either due to resistance from the other local communities or simply because the areas identified for relocation are not suitable for human existence.

After the eight-month deadline expired, the residents of Laika and Dodhia organised various protests and continued to raise the demand for rehabilitation. The TMPK, even made a call to boycott the Panchayat elections in November 2018. Ajay Doley, the assistant general secretary of TMPK, Tinuskia district, said, “The chief minister invited us to his house post the election boycott call and assured us that we would be rehabilitated after the elections”. A committee was also formed which assured them of rehabilitation post the 2019 parliamentary elections. However, nothing concrete materialised. The 2020 floods caused largescale damage in Laika and Dodhia and washed away various homes and habitation area. “Post the floods, the Laika Dodhia Rehabilitation Demand Committee along with the TMPK held village-level consultations by visiting all the seven villages, after which the decision to come out and protest until a permanent resettlement was provided to the residents was undertaken,” said Ajay Doley.

Assam Chief Minister Sarbananda Sonowal, December 30, 2020, in response to the protests, interacted with forest officials and formed a high-level committee comprising elected representatives and forest officials. The 10-member committee headed by the environment and forest minister Parimal Suklabaidya was also instructed to submit a plan for permanent resettlement by January 31, 2021.

Minturaj Morang, TMPK vice-president of Tinsukia district, said over phone, “It has been over 10 days the committee was formed but none of the members have visited the protest site or the villages.”

The Assam government, meanwhile, has proposed two areas for resettlement. While those of Laika would be resettled at Namphai reserve forest, for the residents of Dodhia villages, Adhkhona-Adielani area in North Lakhimpur District has been identified. 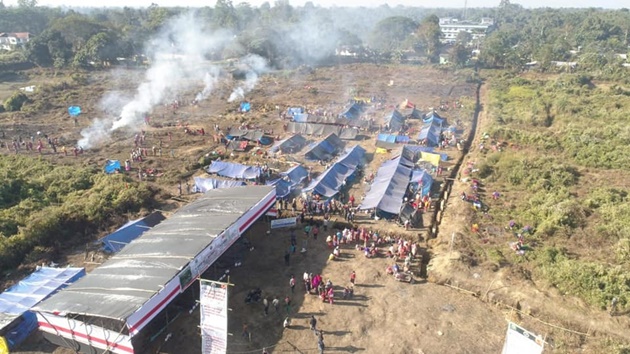 Doley said both the areas are not suitable for relocation. While the Namphai reserve forest is already overcrowded with thousands of flood-affected people belonging to indigenous communities like Rabha, Mising, Bodos and Gorkhas already residing there, the Adhkhona area is flood-prone. The TMPK has instead proposed three other areas for consideration: Owguri, Mamoroni in Upper Dehing reserve forest of Digboi, Tokopani reserve forest under Jagun range or Paharpur under Lekhapani range.

The TMPK said there is no going back and that they would continue to protest democratically until the January 31 deadline. If a logical and permanent solution is not provided by then, the residents might just have to move inwards to start building new houses inside Dibru Saikhowa National Park, Doley said.