A Rare Activist Judgement On UAPA

The recent judgments of the Delhi High Court releasing on bail, three university students charged under UAPA can be classified as a rare act of judicial activism 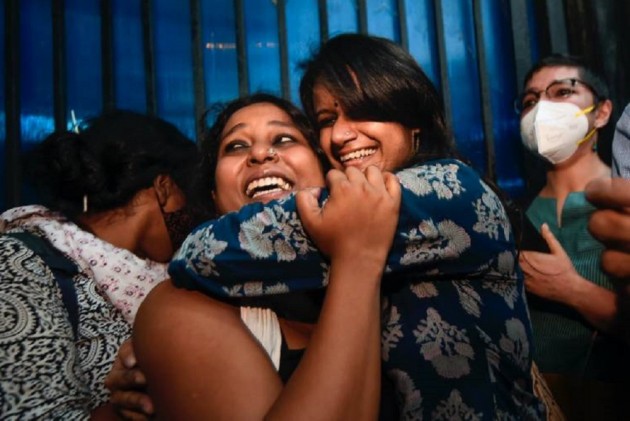 One of the paradoxes of the Indian legal system, is that even while the higher Indian judiciary became more activist on issues related to environmental law, labour law, electoral reforms and high-level corruption, it remained remarkably conservative in cases involving draconian anti-terror laws enacted by Parliament. For instance, while the Supreme Court was busy framing environmental policies to preserve forests and combat air pollution in New Delhi, it was also upholding draconian anti-terror laws like TADA, AFSPA, NSA and POTA in an era when India supposedly had ‘liberal’ governments.

In this backdrop, the recent judgments of the Delhi High Court releasing on bail, three university students – Asif Iqbal Tanha, Natasha Narwal and Devangana Kalita – charged under stringent provisions of the Unlawful Activities Prevention Act, 1967 (UAPA) can be classified as a rare act of judicial activism in a country where the judiciary usually leans in favour of the state in cases such as these which are painted as ‘national security’ cases by the prosecution.

There was no dispute that all three students were involved in organizing protests in North-East Delhi against the new citizenship law and that these protests included blocking roads, sloganeering etc. When tensions in the area increased in February 2020 after BJP politicians publicly threatened to remove the protestors, riots broke out leading to the deaths of 53 people. Initially, many of the university students involved in the protest were arrested under the Indian Penal Code (IPC), for various offences and were subsequently released on bail in a few days. Subsequently, the Delhi Police re-arrested the students under the more stringent UAPA, which makes it almost impossible for the accused to secure bail. These cases were clearly of political interest to the Home Ministry, as evidenced by the appointment of both the Additional Solicitor General Tushar Mehta and Aman Lekhi as Special Public Prosecutors for these cases.

In the normal course of events, getting bail under UAPA is difficult because the legislation prohibits the court from granting bail if it has reasonable grounds to believe that the accusations of terrorism (as defined in UAPA) against the accused are prima facie true. The phrase ‘prima facie’, in simple English, means ‘based on first impression’ and is a concept usually invoked in civil law rather than criminal law. For example, in a civil case a court is required to carry out a prima facie analysis before granting an interim injunction. Such a prima facie analysis requires a judge to weigh evidence filed by both parties and predict which party has a higher probability of winning at trial before the trial actually takes place. It is possible to conduct such an analysis in civil cases where the nature of evidence is mostly documentary and unlikely to be impeached during the course of a trial. Requiring a prima facie analysis in the context of criminal law inevitably tilts the scales in favour of the prosecution because most criminal cases can be won only at trial where an effective cross-examination can shred the credibility of the prosecution’s witnesses. Despite being a manifestly unfair standard when judged by the standards of conventional criminal law jurisprudence, the prima facie standard was incorporated into UAPA after the 26/11 Mumbai attacks.

In contrast to UAPA, ordinary criminal law like the Indian Penal Code and Code of Criminal Procedure does not require a judge to form any kind of prima facie opinion about the guilt of the accused while deciding on bail. As famously held by the Supreme Court in multiple cases, ‘bail not jail’ is the general rule, unless the accused is a flight risk or likely to tamper with evidence on release from jail.

In the three cases at hand, rather than deciding on whether the three students met the criteria for bail under UAPA, the Delhi High Court, rather surprisingly, ruled that UAPA simply did not apply to the facts at hand because the protests, even if they involved roadblocks and inflammatory speeches, could not be classified as terrorism under Section 15 of UAPA. This is the aspect of the judgment that breaks new ground in Indian criminal law jurisprudence. The prosecution’s case of terrorism against the three was based on allegedly incriminating WhatsApp messages and witness statements of other participants in the protest who had turned ‘approvers’ for the police. According to the prosecution, the evidence revealed a plot to interfere with the distribution of supplies and the organization of attacks, both of which fall within the definition of terrorism in Section 15 thereby necessitating a trial that would involve over 700 witnesses and take at least a decade to complete. The Delhi High Court however disagreed with the prosecution’s case, ruling that the state could not apply stringent penal laws to ordinary protests which could be dealt with as law and order issues under ordinary criminal law like the IPC. In its support, the court cites a number of Supreme Court judgments cautioning against the application of special criminal legislation to ordinary crimes. However, none of the Supreme Court judgments were in the context of bail.

It is not entirely unknown for courts in India to ‘discharge’ the accused in a crime even before the trial begins. The best-known example in this category is Home Minister Amit Shah, who was discharged by a special court before trial in a case where he was accused of being involved in the conspiracy to kill Sohrabuddin Sheikh and Tulsiram Prajapati. These decisions to discharge an accused from the case prior to a trial revolves entirely around the judge’s reading of the evidence. In cases where the prosecution has invoked UAPA, it is unheard for Indian judges to discharge the accused prior to a trial.

Once the Delhi High Court rid itself of the confines of UAPA in these three cases, it proceeded to apply the principles of regular bail under ordinary criminal law to order the release of all three students. To conclude that the wrong charges have been framed by the lower court, while hearing an appeal against the denial of bail is quite extraordinary for a High Court in India. A criminal appellate court is usually expected to confine itself to reviewing the lower court’s decision. If the order under review has dealt with only the issue of bail, the appellate court is generally expected to rule on the issue of bail and nothing else. To enlarge the grounds of review during an appeal is enough of a reason to classify this judgment as an act of judicial activism. There is a high probability of the Supreme Court setting aside the Delhi High Court’s ruling on this ground alone. If the Supreme Court upholds the Delhi High Court’s interpretation of law in this case it will mark a new era in criminal law jurisprudence in this country where judges hold the state to higher standards in criminal cases and that would be welcome. For far too long, the Indian state has got away with shoddy, if not frivolous criminal prosecutions.

The writer is a lawyer. Views are personal.