Omkarnath And Voleti: Curious Tales Of Give And Take In Indian Music

On this day half a century ago, Hindustani classical lost titanic Omkarnath Thakur. December 29 was also when Carnatic’s Voleti Venkateswarulu died (in 1989). A peek at the two vocalists’ lives: 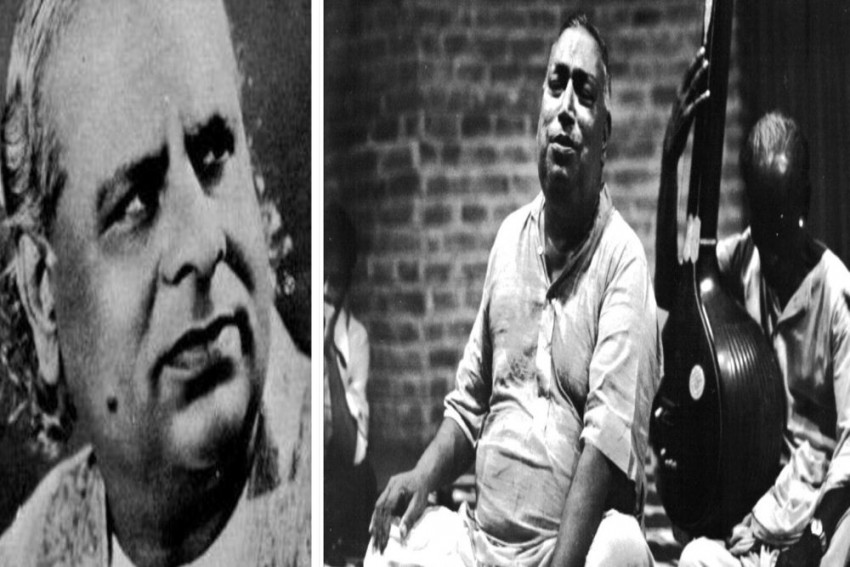 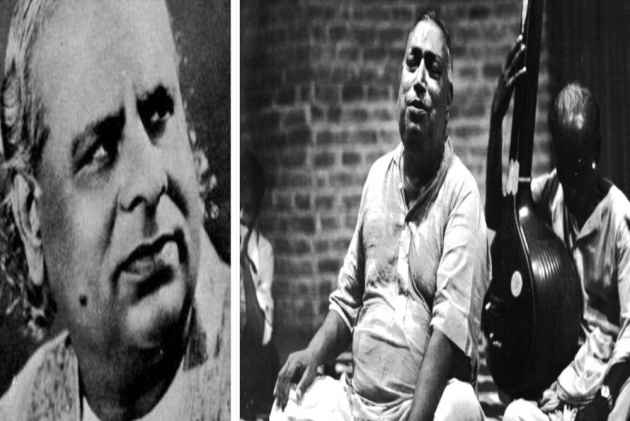 It was in a western locality of undivided India that Omkarnath Thakur was born, but pursuit of classical music and prospects of professional flourish called him towards the country’s east, where he did make it big. As For Voleti Venkateswarulu, his native Rajahmundry is often described as the gateway to step out of the south, though that wasn’t why the Carnatic exponent happened to please even the Hindustani masters upcountry.

On this day, exactly half a century ago, Omkarnath died—after adding a grand resonance to north Indian classical music and himself gaining a indelible name in its chapters. As veteran musicologist Deepak S. Raja notes, Thakur’s was a “towering presence” for almost three decades starting from 1930.

“He rose to national eminence sharing the stage with formidable rivals like Ustad Faiyyaz Khan and Kesarbai Kerkar, and held on to his position even as the next generation of vocalists like Ustad Bade Gulam Ali Khan and Ustad Ameer Khan were acquiring large followings and building awesome reputations,” Mumbai-based Raja notes in a blog.

Down the peninsula, Voleti, who also died on December 29 (in 1989), sang in a style that appealed to not just Carnatic lovers around the Deccan, but to exponents of other genre—and that included Bade Gulam Ali Khan (1902-68) besides Pakistani ghazal singers Mehdi Hassan (1927-2012) and Ghulam Ali (now 77). Venkateswarulu, who worked at All India Radio for a while, nurtured the habit of humming Hindustani for himself in the studios, notes aficionado Ashok Madhav. “However, as soon as a programme was announced on the radio, Voleti would quickly switch to Carnatic,” he says. “Such was his felicity in changing from one style to another.”

Inversely, Omkarnath adapted a few Carnatic ragas into the Hindustani repertoire. And that he did in such masterly way that these ragas practically lost all traces of their south Indian origins, says Dr Raja. Panditji “selected them for their emotional content, and rendered them in his own unique style”, notes the scholar. To add another facet to it, Omkarnath had also been the master of famed violinist N. Rajam (now 79), who, after learning Carnatic (under the famed Musiri Subramania Iyer) came to Banaras from her native Kerala to learn under Omkarnath at the Hindu University.

In any case, Panditji’s close friendship with Carnatic violinist Parur Sundaram Iyer (who also played Hindustani) has been legendary. Sundaram Iyer’s son, another bilingual violini maestro M.S. Gopalakrishnan (1931-2013), famously employed the vocals of Omkarnath when it came to presenting Hindustani.

If Malkauns is the Hindustani equivalent of the Carnatic Hindolam, it wouldn’t be completely out of place here to listen to the raga in both styles—by Omkarnath (1897-1967) and by Voleti (1928-89)—separately.

Critic Susheela Misra notes in an article that Panditji, in Hyderabad the early 1930s “gave such an inspired rendering of raga Malkauns” that his guru Vishnu Digambar Paluskar (1872-1931) of Gwalior gharana “hugged and blessed him with tears of pride and joy in his eyes.” Scholar Gurudev Sharan says one was generally struck as much by the leonine grandeur of Omkarnath’s personality as by his stentorian voice. “Dressed in a flowing white silk robe, he made a great impression on the audiences by his very presence,” Sharan substantiates. “His compelling resilient voice with an amazingly wide tonal range seemed to blend perfectly with the dignity of his bearing.”

The same write-up, though, quotes Dr Rajam lamenting the plight of her guru in his final days—lonely, as his mother, brothers, sister and wife had all predeceased him. “It was a pity that he had to lead a lonely life all through. He had neither a house of his own, nor a relative to fall back upon in his old age, nor even a reliable servant to look after him. It was a pathetic sight to see him at the ripe age of 65 sweep the floors and cook his food all by himself. He used to remark that it was not in his luck to have a settled home. At the fag end of his career, when he did buy a house at Broach, the cruel hand of fate prevented him from settling down there.”

Voleti, on the other hand, was lucky celebrate much of his life—having also been a particularly avid fan of cinema. For all the liking he had for Hindustani music, Venkateswarulu was known for his expertise in singing quintessential Carnatic ragas like Begada, Arabhi, Atana and Anandabhairavi. Even so, the sample chosen here will be Hindolam:

Venkateswarulu’s bhrigas and gamakas had the clarity of his prime guru Sripada Pinakapani (1913-2013), even as he was trained (from age five) under from Chaturvedula Achutaramaiah Sastry and later Manuganti Vekata Rao Pantulu of Kakinada. If Omkarnath won the admiration of his contemporaries and disciples, with Voleti the praise came even from his own guru. “Genius” was the word chosen by Dr Pinakapani, who redefined the Carnatic scape of his region of Deccan in the last century. “You can describe him as one of the best musicians of Andhra ever,” the tutor once said. “I went we will ever get a musician like that.”

Voleti, who served as a producer of the Carnatic wing at All India Radio in Vijayawada from 1966, had graduated in music from Andhra University. With Omkarnath, his childhood, too, was troubled—having been born into a poor family in Jahaj village of Khambhat (today’s Anand district of Gujarat) in the princely state of Baroda. When Omkarnath was three years old, the family moved to Bharuch, where his father left the military to become a sanyasi, leaving his wife to run the household. That meant that Omkarnath, by the age of five, began helping his mother out by doing various odd jobs.

For geniuses, apparently, nothing stands in the way while climbing steps to eventual glory.