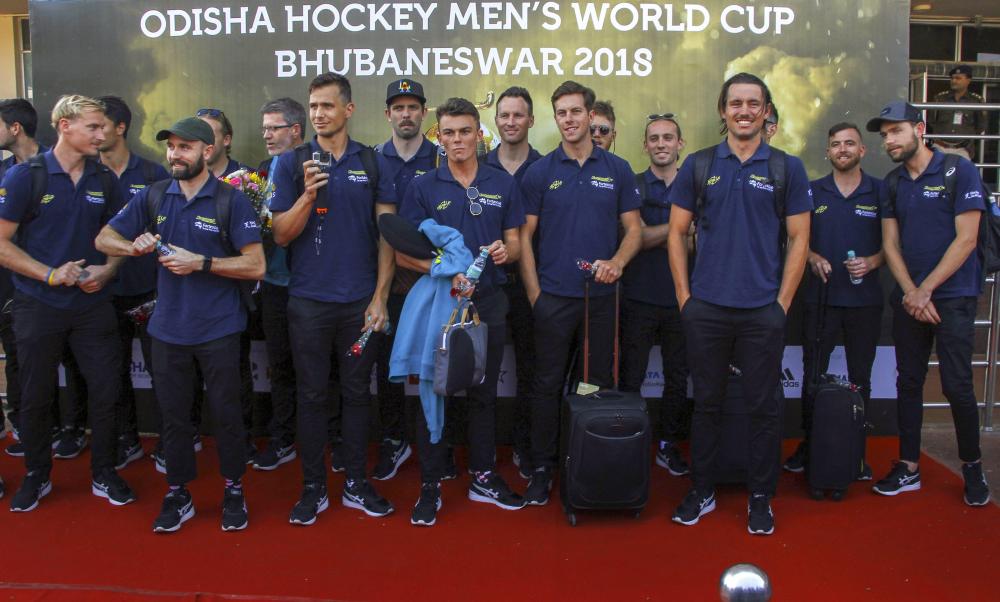 Standing on the cusp of creating history, two-time defending champions Australia are keen to put up a good show at the ongoing hockey World Cup to ensure an uninterrupted flow of funds from its government till the 2020 Tokyo Olympics.

Aiming to win a rare hat-trick of titles, Australia chief coach Colin Batch said a disastrous outing here could seriously affect its preparations for the Tokyo Olympics as its government may not release additional funds.

By virtue of the national team's impressive performances over the years, which includes back-to-back world titles in 2010 and 2014 besides the Champions Trophy and Commonwealth Games gold earlier this year, hockey is one of the sports identified by the Australian government to get additional funding till the 2020 Olympics.

"It's very important that we continue to get the funding. Of course, it's linked to our performance. It was good to have the funding consolidated right till Tokyo 2020. The team has earned that with their performances over the last two years. It has given a lot of encouragement," Batch said at the Kalinga Stadium here ahead of his side's World Cup opener against Ireland on Friday.

"We would like to perform well here, because then the players will get more funding as well. They know that, so it goes on. If we are knocked out in the early part of the tournament here, then that can affect our funding. So, it's very important to play well here and be successful," he added.

"The Aussie group has a proud history. We are defending our title here and we are looking it as a challenge. That's our approach,” Batch said.

Australia's last success on Indian soil was when they won the Hockey World League (HWL) Final here last year and Batch said the Kookaburras drew heart from that campaign.

"We continued to improve during the tournament (HWL Final). We could not win a game in the group stage but we drew three games against quality opposition. We made it to the quarterfinals and our hockey improved significantly from there," he said, summing up Australia's showing in the HWL Final.

"We have got some belief from that tournament that we can continue to improve at whatever level we start at. Earlier this year we have got some success in the Commonwealth Games and the Champions Trophy. Each tournament creates different obstacles."

Talking about hosts India, Batch said India have already earned back its respect in world hockey with their upward rise in recent years.

"They (India) have improved. We have played them at the Champions Trophy and that was the best Indian team we had seen for a while," the Aussie coach said.

"I think they will play well here, but again the best teams will play consistently right through the tournament. There will be pressure on India for sure, but they have a good team. I think everyone in world hockey respects them enormously."

Australia's co-captain Aran Zalewski too agreed with his coach and said they were taking the tournament as a challenge.

"It's great that Australia has such a proud history in World Cups. We have taken experiences from the past but this is a completely different group. We have now got 10 guys making their debut at World Cup," he said.

"For us as a team this is our first real chance of winning a World Cup as a group. We are not taking it as pressure but as a challenge."