A group of cheerleaders performed on the song during a NBA match between the teams Charlotte Hornets and Miami Heat on January 28. 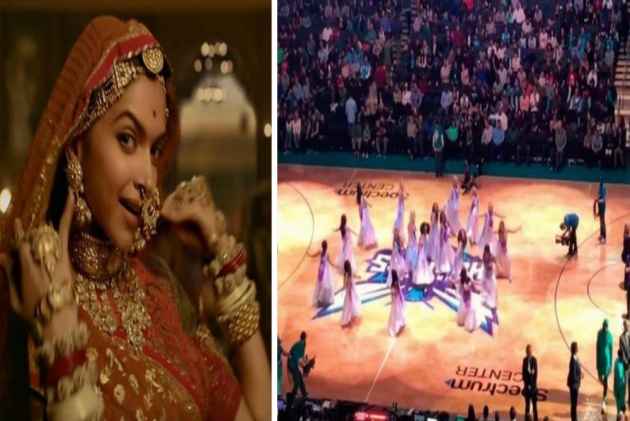 Deepika Padukone's "Padmaavat" had a great opening in the US and now the film's song "Ghoomar" has also become a rage.

A group of cheerleaders performed on the song during a NBA match between the teams Charlotte Hornets and Miami Heat on January 28.

The video of the dance sequence was posted by the NBA on Facebook and its viewership has clocked closed to 2 million.

It has been shared 6,600 times on the social networking site.

In the video, cheerleaders, in traditional Indian dresses, can be seen dancing on the popular song much to the delight of fans, who can be heard whistling and applauding in the stadium.

The "Ghoomar" song, featuring actor Deepika Padukone and Shahid Kapoor, is part of "Padmaavat", which was released in India on January 25.

The song had its own share of controversy, with many expressing outrage over Deepika's bare midriff in the sequence, which was later covered with the help of CGI.