Home  »  Website  »  National  » Opinion  »  Not Modi. Not Gandhi. Ambedkar May Be The True Father Of India

Not Modi. Not Gandhi. Ambedkar May Be The True Father Of India

No doubt Gandhi fought untouchability and Nehru followed his footsteps, but it was Ambedkar who shaped the progressive, futuristic idea of a modern India. 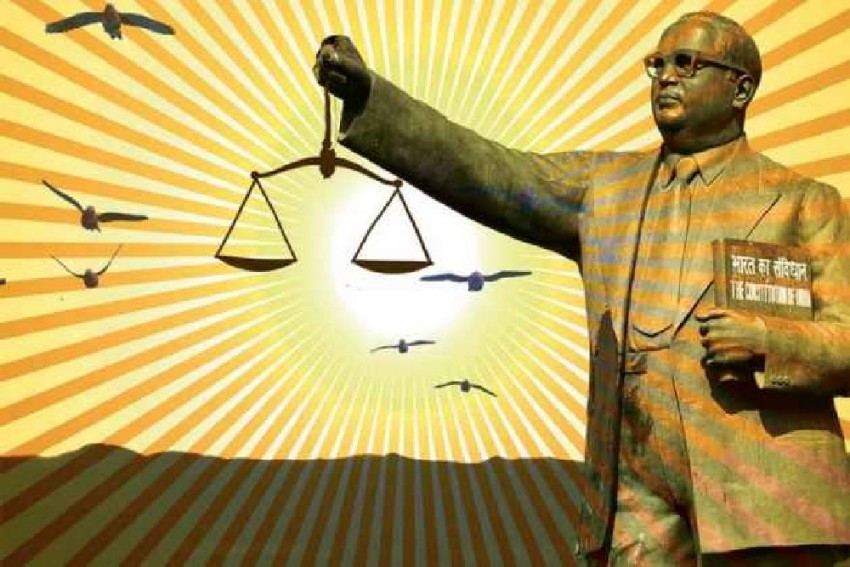 B.R. Ambedkar was a true modernist because he found nationalistic history based on discrimination or race oppressive.
Madhavan Narayanan September 26, 2019 00:00 IST Not Modi. Not Gandhi. Ambedkar May Be The True Father Of India 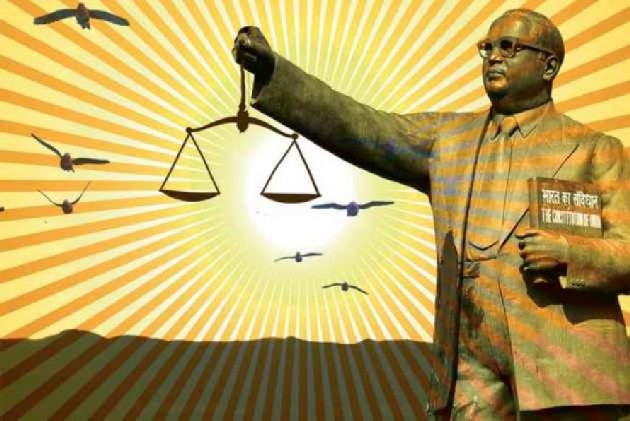 In our college days marked by boyish humour with braggadocio, we used to have a saying: "Those of you who think you know everything are most annoying to those of us who do."

That saying comes to mind as Congress and Hindutva loyalists brandish their ancient swords in a digital-age dogfight to showcase a predictable duopoly of nationalistic narratives after President Donald Trump described Prime Minister Narendra Modi as the "Father of India" -- only to invite derision from those who understandably see that as an insult to their heritage tag of Mahatma Gandhi as "The Father of the Nation."

It is time now to stress a third narrative, that of the Republic of India, which may not exactly be the Bharat that Modi Bhakts speak of. Nor is it exactly resembling a Gandhian one.

In this narrative, Gandhi's Harijans (children of God), become Dalits (the oppressed). In this view, Tamilians are not part of Hindutva or its cousin, "Hinditva" that took a new lease of life recently after home minister Amit Shah talked about the need for a unifying language, and that language being Hindi.

If the Republic of India is the basis of the country's nationhood based on its constitutional values of equality, freedom and justice, we might do well to invoke Dr Bhim Rao Ambedkar as the father of the Republic, by virtue of his being both a thought leader of Dalits and as the chief architect of the Constitution. It is the Constitution, adopted on November 26, 1949, and enforced two months later on January 26, 1950, that convinced hundreds of millions of people living south of the Vindhyas, northeast of Kolkata and below an invisible but real floor of a hierarchical caste system, the common ground to see themselves as part of a nationhood. This nationalism is based not on tales of ancient glory or culture.

By that token, Sardar Vallabhai Patel, who politically unified India into a geographically cohesive whole and Ambedkar who provided the emotional ballast for the lower strata of society may be rightful claimants of modern India's parentage.

Let's get a bit more clear on this. Dalits had to be co-opted into the Republic of India. As V.S. Naipaul wrote once, Ambedkar wore a Western suit to specifically drive home the idea of British colonialism as a positive influence on his identity and dignity, and by extension, that of the Dalits.

Gandhi, of course, deserves credit for trying to learn Tamil in a gesture of national integration (many of the Hinditva freaks don't bother with such niceties unless you count the use of Vanakkam as a cognitive leap).

Biological fatherhood is easy. You just have to describe the father, not the mother, as the main parent. You just have to contribute a sperm and a surname. Real fathers nurture their offspring. If that be the criterion, Gandhi, Patel and Ambedkar deserve extra credit. Nehru, by promising not to impose Hindi, accepted the limitations of an early approach to adopting it as the national language and took the collaborative idea further.

Gandhi sold the idea of a unified India. Patel welded it into a political whole. Nehru hugged that child and gave it comfort. That does remind you of the 1987 comedy, ‘Three Men And A Baby’.

However, Ambedkar, the fourth man of the triangle, is the real father of the Republic of India, if a single person deserves credit. He led the drafting of a constitution whose preamble promised a future for all Indians, irrespective of their origins. Think of him as a male nanny who civilised a spoilt child.

Ambedkar was a true modernist because he found nationalistic history based on discrimination or race oppressive. His southern counterpart E.V.Ramasamy known as 'Periyar' (the Elder) was his ideological equivalent in Tamil Nadu while social reformer Jyotiba Phule, who also spoke for women's empowerment, was a key force in Maharashtra. Tribal (adivasi) icon Birsa Munda, who was arrested by the British and died in jail when he was only 24, also represents the nether regions of India's independence movement. British-educated Nehru and Gandhi were its visible leaders, thanks to their elite backgrounds and modern education.

It is not an accident, therefore, that the recent elections in Jawaharlal Nehru University saw the emergence of a new, formidable force called the Birsa Ambedkar Phule Students Association (BAPSA).

This BAP axis sure beats the softer version led by BAPU, as Gandhi was called. And it certainly questions the Hindutva idea based on ancient, patriarchal parentage that we might call BAAP nationalism.

Periyar backed the idea of a "Dravida Nadu" in the south in the 1940s when Jinnah was asking the British for a Pakistan. Were it not for Nehru's promise, Dravida Nadu, an idea of southern nationalism championed by Periyar's Dravida Kazhagam, the parent of the current Dravida Munnetra Kazhagam (DMK), would have gained currency. We now live to see a day when India has seen a Tamilian president in A.P.J. Abdul Kalam and DMK as a participant in the Congress-led United Progressive Alliance that ruled the centre. DMK leader M.K. Stalin was flirting with the idea of Dravida Nadu as recent as last year, perhaps to pre-empt BAAP nationalism and Hindi-centrism.

No doubt Gandhi fought untouchability and Nehru followed his footsteps, but it was Ambedkar (who was technically not part of the independence movement) who shaped the progressive, futuristic idea of a modern India. Nearly 75 years after Independence from the British rule, it is the future that we are living in and trying to shape further.

Ambedikaristan is not yet here as Dalits and Adivasis routinely miss a promised land of equal opportunities. But why live in the past?

(The writer is a senior journalist who has worked for Reuters, Hindustan Times, Business Standard and The Economic Times. Views expressed are personal. He tweets as @madversity)