The protests seek to capture the government's attention, by stopping supply of milk and vegetables, and essential farm produce to the state markets. 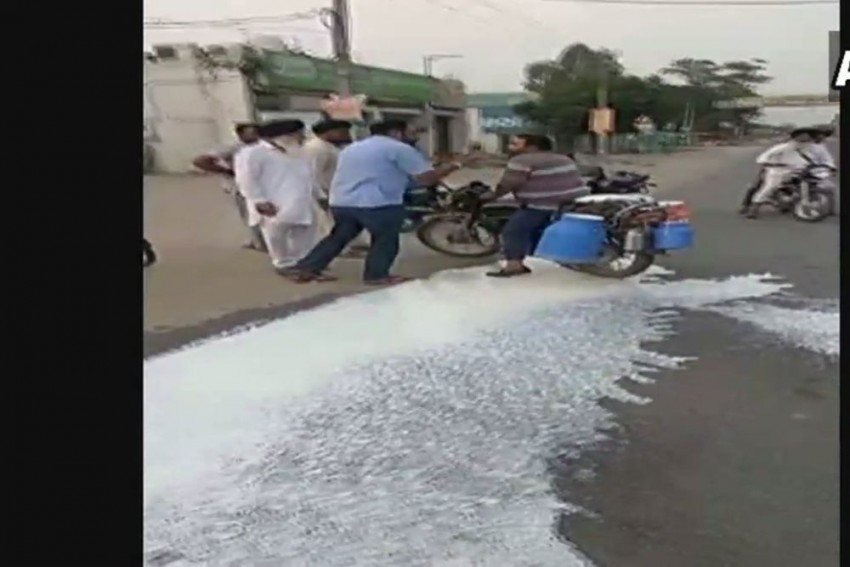 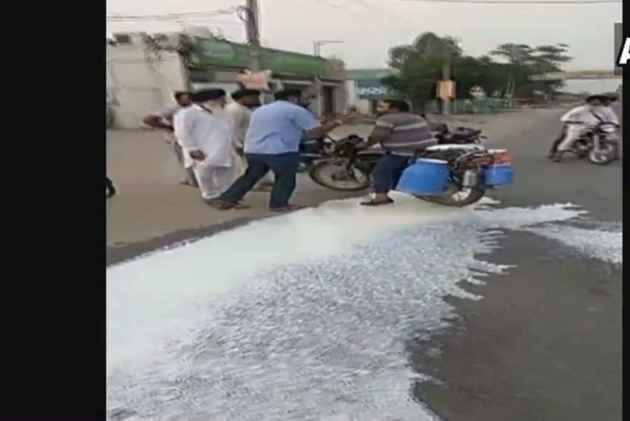 Farmers across seven states have launched a 10-day long protest starting Friday, to mark a year of the historic agitation in Mandsaur last year, in which 6 farmers died in police firing.

The farmers have shut down the supply of milk, vegetables and essential farm produce due to which the vegetable prices in the market have gone up. In Punjab, farmers spilled milk on the road, and blocked transportation of vegetables to markets.

Punjab: Farmers in Faridkot thold back supplies like vegetable, fruits and milk from being supplied to cities, demanding farmer loan waiver and implementation of Swaminathan commission (Earlier visuals) pic.twitter.com/P4Zl0Y8lX1

Speaking about the same, Shiv Kumar Sharma, president of Rashtriya Kisan Mazdoor Mahasangh, which is leading the protests, said, "More than 130 farmers organisations are with us. This has now become a nationwide agitation. We have named the protest 'Gaon Band'. We won't go to cities, as we don't want to heckle the normal lives of the people."

"We have decided to observe a Bharat Bandh on June 10 till 2 pm. I would like to request all the businessmen of cities to close their shops till 2 pm and pay tribute to farmers who have lost their lives in previous years," Sharma added.

The farmers are marking the one-year anniversary of Mandsaur protests in Madhya Pradesh last year.  As part of the protest on June 1, farmers will take their cattle to the tehsil offices to draw the BJP-led state government's attention to their issues.

"We will take our cattle to every tehsil office in the state and tie them up to the gates of these offices. We hope this way we will get the attention of the government towards farmers issues," Dr Ajit Navale, general secretary of Maharashtra State Kisan Sabha had said.

Congress president Rahul Gandhi is set to visit Piplya Mandi village near Mandsaur in Madhya Pradesh on June 6, the day of the Mandsaur protest anniversary. During his visit, Gandhi is will hold a condolence meeting-cum-rally.

The party, however, alleged that the district administration has given permission to the event by imposing 19 different conditions, one of which asks Gandhi not to make a "provocative" speech.

The opposition party alleged that the BJP-led government in Madhya Pradesh wanted to disturb Gandhi's event through such conditions.

The event is being seen as the launch of Congress's poll campaign in the state, which will witness the Assembly polls later this year.

Gandhi was detained in Neemuch in Madhya Pradesh en route Mandsaur in June last year to meet the families of the farmers killed in the police firing during their protest.