Results released by the Elections Commission early on Monday morning showed Solih had secured 58.3 per cent of the popular vote. 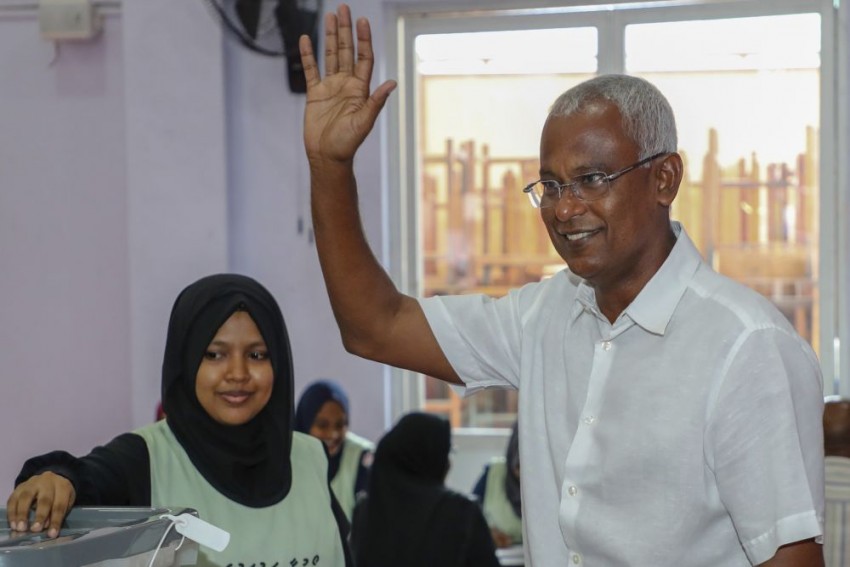 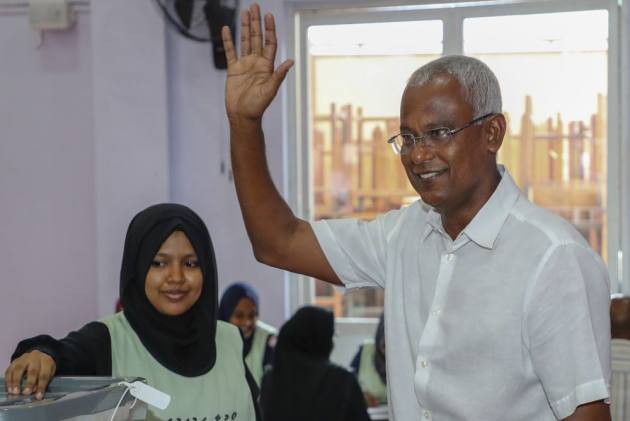 Results released by the Elections Commission early on Monday morning showed Solih had secured 58.3 per cent of the popular vote.

Celebrations broke out across the tropical archipelago with opposition supporters carrying yellow flags of Solih's Maldivian Democratic Party (MDP) and dancing on the streets. There was no response from Yameen after the results were announced.

Solih had the backing of a united opposition trying to oust Yameen but struggled for visibility with the electorate, with the local media fearful of falling afoul of heavy-handed decrees and reporting restrictions.

There were also no other candidates at Sunday's election held with all key dissidents either in jail or exile.

Earlier in the night, Solih had called on Yameen to concede defeat once the tally showed he had an unassailable lead.

"I call on Yameen to respect the will of the people and bring about a peaceful, smooth transfer of power," he said on television.

He also urged the incumbent to immediately release scores of political prisoners.

Yameen, who was widely tipped to retain power, had jailed or forced into exile almost all of his main rivals.

Before the polls opened, police raided the campaign headquarters of the opposition Maldivian Democratic Party (MDP) and searched the building for several hours in a bid to stop what they called "illegal activities". There were no arrests.

Mohamed Nasheed, the head of the MDP, said the vote would "bring the country back to the democratic path".

Yameen would have no option but to concede defeat, said Nasheed, who was elected president of a newly-democratic Maldives in 2008 but currently lives in exile.

"He will not have people around him who will support him to fight on and stay," he told AFP.

The polls were closely watched by regional rivals India and China, who are jostling to influence Indian Ocean nations. The European Union and United States, meanwhile, have threatened sanctions if the vote is not free and fair.

Many voters across the Indian Ocean archipelago said they stood in line for over five hours to cast their ballots, while expatriate Maldivians voted in neighbouring Sri Lanka and India.

An election official said the deadline was also extended due to a heavy voter turnout, which was later declared at 88 per cent.

Yameen voted minutes after the polling booths opened in the capital Male, where opposition campaign efforts had been frustrated by a media crackdown and police harassment.

Some 2,62,000 people in the archipelago -- famed for its white beaches and blue lagoons -- were eligible to vote in an election from which independent international monitors have been barred.

Only a handful of foreign media were allowed in to cover the poll.

The Asian Network for Free Elections, a foreign monitoring group that was denied access to the Maldives, said the campaign had been heavily tilted in favour of 59-year-old Yameen.

The government has used "vaguely worded laws to silence dissent and to intimidate and imprison critics", some of whom have been assaulted and even murdered, according to Human Rights Watch.

Before the election, there were warnings that Yameen could try to hold on to power at all costs.

In February he declared a state of emergency, suspended the constitution and ordered troops to storm the Supreme Court and arrest the judges and other rivals to stave off impeachment.

Yameen told supporters on the eve of the election that he had overcome "huge obstacles" since controversially winning power in a contested run-off in 2013, but had handled the challenges "with resilience".

The crackdown attracted international censure and fears the Maldives was slipping back into one-man rule just a decade after transitioning to democracy.

India, long influential in Maldives' affairs -- it sent troops and warships in 1988 to stop a coup attempt -- expressed hopes the election would represent a return to democratic norms.