Luggage With 'Bomb To Brisbane' Written On It Put Airport Authorities On Alert, Grandma Says 'I Meant Bombay'

"They asked her to open the bag and asked her why it says bomb and she said 'It's for Bombay!' 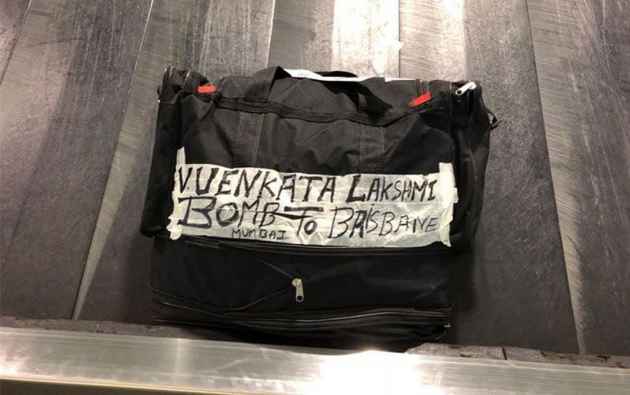 A suspicious luggage at the Brisbane airport led authorities to cardone off the area after fellow passengers began panicking in a suspected bomb scare.
A bag with the words 'Bomb to Bombay' emblazoned on it had the Australian Federal Police on high alert, only to realise it was all an innocent mistake by a 65-year-old Indian grandmother.
Venkata Lakshmi was travelling from Mumbai to Brisbane to meet her daughter and grandchildren. Nervous about flying alone, Lakshmi wanted to write the airport she departed from and her destination on her bag. She began to write Bombay to Brisbane but for want of space, cut it short to 'Bomb to Brisbane' reported Yahoo News.
She was pulled into a room and interviewed after the bag caused a bomb scare among fellow passengers.
"My mother told me they thought something was in there and people were panicking. They asked her to open the bag and asked her why it says bomb and she said 'It's for Bombay!'" Lakshmi's daughter told the site.
The bag apparently had not caused any issues when it was dropped off in Mumbai.
Security is understandably high at The Brisbane airport due to the ongoing Commonwealth Games in Australia. Lakshmi was later let off after the authorities checked the content of the bag, the report adds.