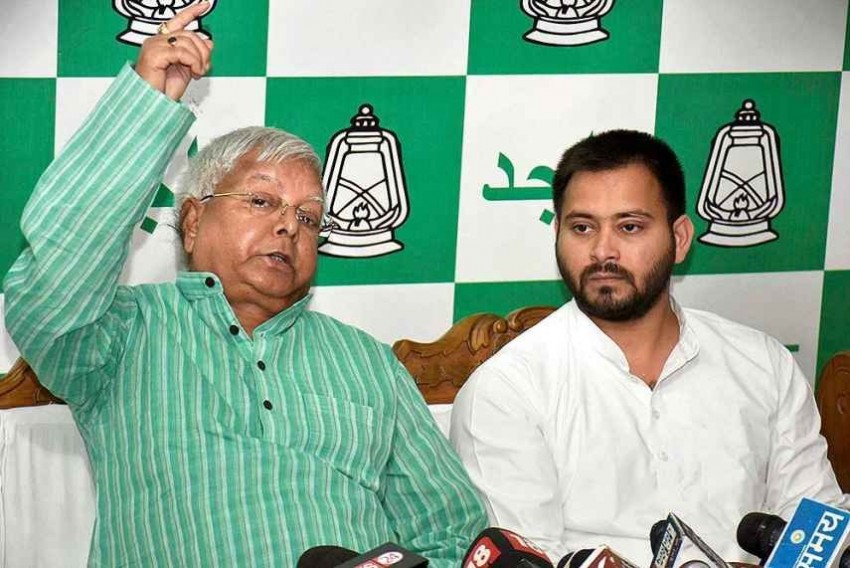 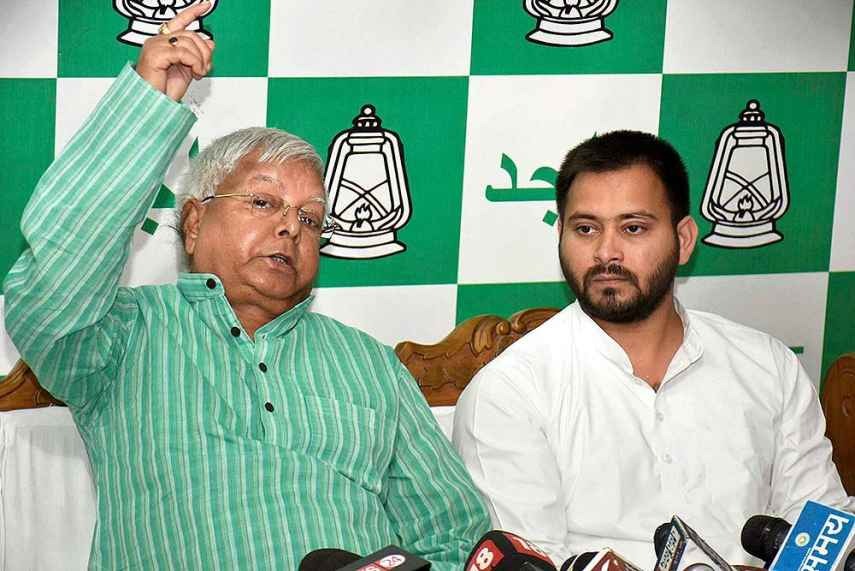 A legal notice has been sent to RJD chief Lalu Prasad and his son Tejashwi Yadav by Uday Kant Mishra, a member of the state Disaster Management Authority, seeking apology for allegedly making objectionable comments against Bihar Chief Minister Nitish Kumar during a rally in Bhagalpur last week.

The RJD has, however, denied getting any notice from Mishra as yet.

Mishra's lawyer Vinay Shankar Dubey today said Prasad and Tejashwi have been asked to reply to the notice within 15 days.

They should tender a public apology for levelling personal allegations, failing which a case would be registered against them under relevant sections of the law, Dubey said.

Prasad and Tejashwi, the leader of opposition in state assembly, said they have not received the legal notice so far.

RJD spokesman Shakti Singh Yadav said the notice has not reached them and they will take appropriate action after receiving it.

Dubey said the "objectionable comments" were made by Prasad against his client in the context of the multi-crore Srijan scam.

This Former 26/11 Commando Has A Bullet Splinter In His Lung, But He Is Training To Be The Next Ironman