Home  »  Website  »  National  »  Kumaraswamy Will Make His Farewell Speech Today, We Will Patiently Hear It: B S Yeddyurappa

Kumaraswamy Will Make His Farewell Speech Today, We Will Patiently Hear It: B S Yeddyurappa

This Friday will mark a good day for the BJP in Karnataka, Yeddyurappa said adding 'I'm confident that with God's grace, everything will be good.' 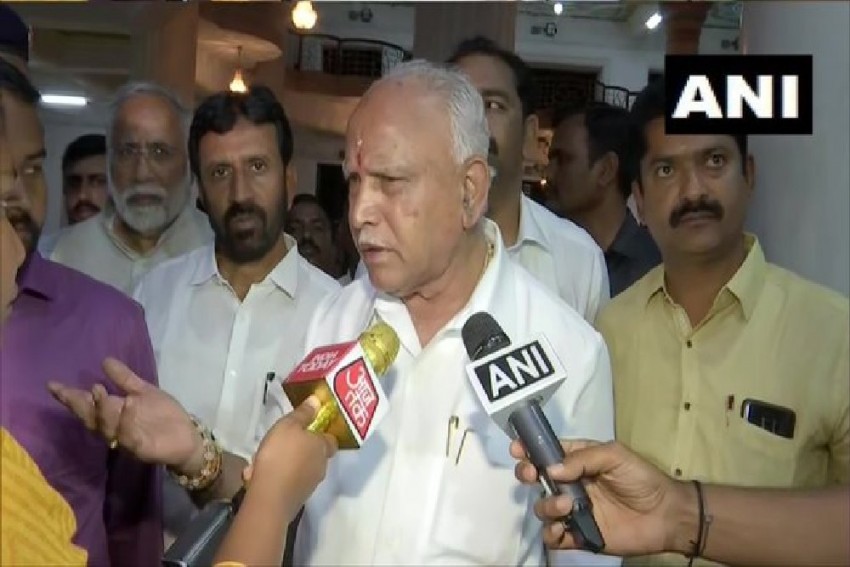 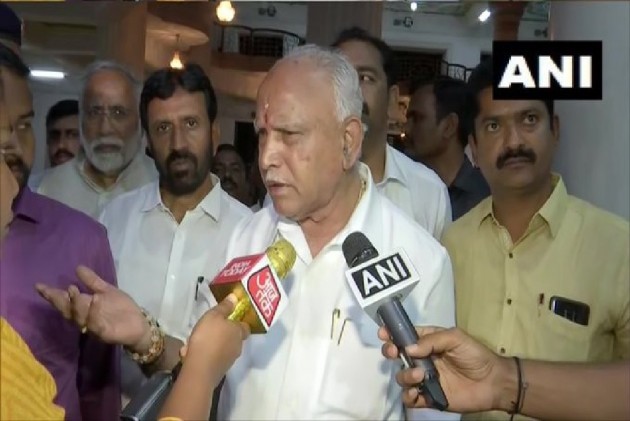 With the Karnataka Governor asking Chief Minister H D Kumaraswamy to prove majority in the Assembly by Friday afternoon, state BJP chief B S Yeddyurappa predicted the end of the coalition government and said his party will decide on the future course of action after consulting the national leadership.

Governor Vajubhai Vala had asked the Chief Minister to prove his majority in the Assembly before 1.30 pm on Friday.

"Mostly today will be the end of Congress-JDS government's misrule... the Chief Minister will make his farewell speech today, we will patiently hear it," Yeddyurappa told reporters in Bengaluru.

"Depending on the outcome of the proceedings in the House today, we will discuss with our national president Amit Shah and decide on the future course of action," he added.

This Friday will mark a good day for the BJP in Karnataka, Yeddyurappa said adding "I'm confident that with God's grace, everything will be good."

Yeddyurappa, who is Leader of the Opposition, along with the party MLAs stay put in the Assembly last night, protesting the delay in the trust vote.

Accusing the ruling coalition and the Assembly Speaker of trying to delay the trust vote despite fixing a time, the BJP leader said "they tried to instigate us on Thursday but we remained silent, we will continue to do the same thing on Friday also."

A new political showdown loomed in Karnataka as the governor Thursday night set a timeline and asked Chief Minister H D Kumaraswamy to prove his majority before 1.30 pm Friday, hours after a trust vote could not take place with the Speaker adjourning the day's proceedings in the assembly.

Shortly after the Assembly rocked by bedlam was adjourned on Thursday, Vala had shot off a letter to Kumaraswamy, saying resignation of 15 ruling combine MLAs and withdrawal of support by two independents "prima facie" indicated he has lost the confidence of the House.

The trial of strength is taking place after the Supreme Court on Wednesday ruled that the 15 rebel Congress-JDS MLAs "ought not" to be compelled to participate in the proceedings of the ongoing session of the state Assembly.

As many as 16 MLAs -- 13 from Congress and three from JDS -- had resigned, while independent MLAs R Shankar and H Nagesh have withdrawn their support to the government, putting it on the edge.

If the resignations of 15 MLAs (12 from Congress, 3 from JDS) are accepted, the ruling coalition's tally will plummet to 101, (excluding the Speaker) reducing the government to a minority.

This is the third motion on trust vote after the 2018 assembly polls yielded a fractured mandate with the BJP emerging as the single largest party with 104 seats but failing to mobilise numbers.

Yeddyurappa had resigned as CM after being in office for three days before facing the trust vote in May last year. Kumaraswamy who succeeded him had won the trust vote after forming the coalition government.

Adding to the worries of the ruling coalition, another Congress MLA Shreemant Patil was not seen in the House on Thursday, in the midst of reports he has been admitted in a Mumbai hospital.

BSP MLA Mahesh, on whose support the coalition was counting, also did not show up, amid reports he was keeping away as he has not received any directions from the party leader Mayawati on the stand to be taken on the trust vote.