With the Pikes Peak 2018 Edition underway, who will be crowned the rightful heir to the throne?

When you think of motorsports, the first couple of genres that pop up are circuit racing, dirt track, drag races, rallycross, drifting and so on and so forth. Having said that, there are some extremely niche races held every year which nevertheless has a huge cult following. 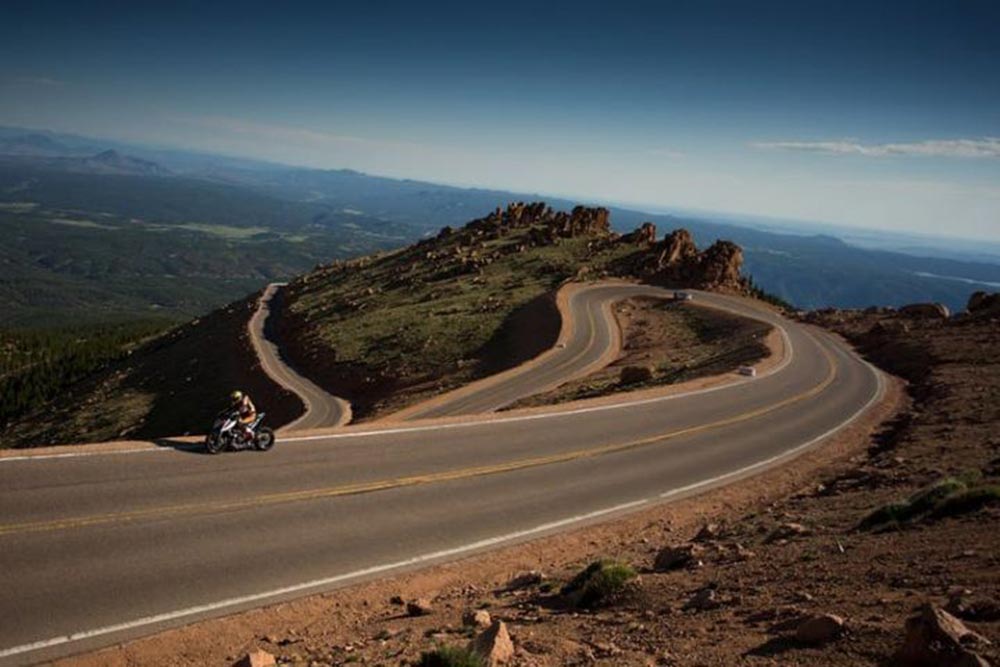 Take hill climbs, for instance. You might have heard of the most popular one of them: the Goodwood Hillclimb event. It witnesses vehicles as diverse as F1 cars, supercars and pimped out road-going cars competing to achieve the best uphill time. However the event strictly caters to cars, so what about bikes? Well there’s one, and it’s called the Pikes Peak Hill Climb, but enthusiasts fondly refer to it as the Race to the Clouds too, for obvious reasons. And while Goodwood caters exclusively to cars, Pikes Peak is more inclusive, catering to both two and four wheels. 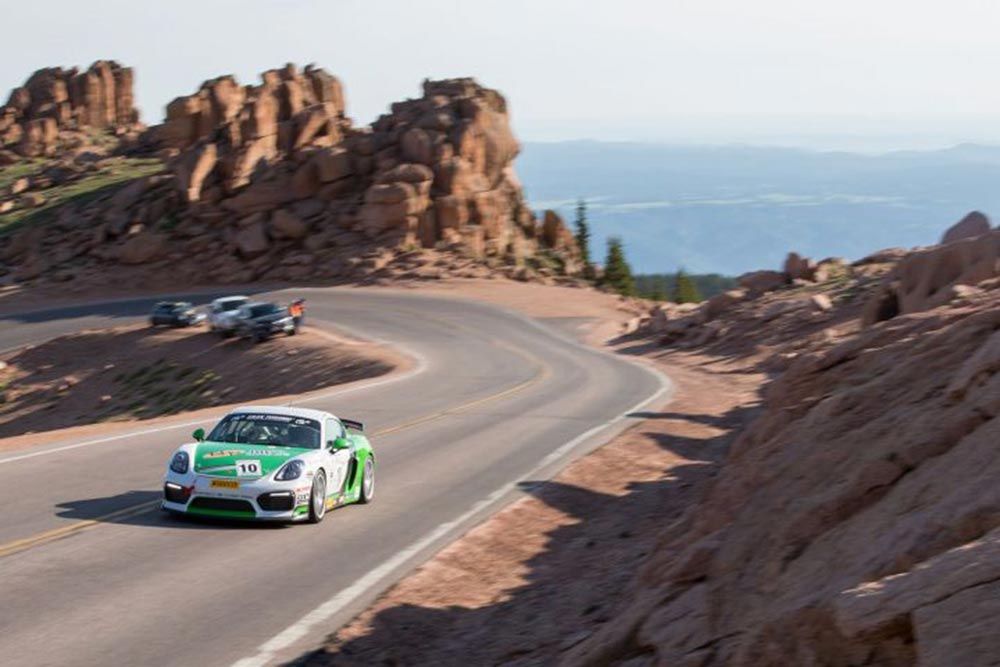 Unlike Goodwood, Pikes Peak Hill Climb features an array of different divisions, from cars and trucks to motorcycles to even quad bikes. This year’s edition will have twenty-four motorcyclists battling it out for the 96th running of The Broadmoor Pikes Peak International Hill Climb this Sunday. Out of the 24, 16 represent the USA, two for Brazil and Germany while Japan, Australia, Scotland and Ireland each have one representative. Hill climb rookie and world-renowned custom bike builder Mike Woolaway will be astride his Deus 2014 Ducati Hypermotard in the Exhibition Powersports class. 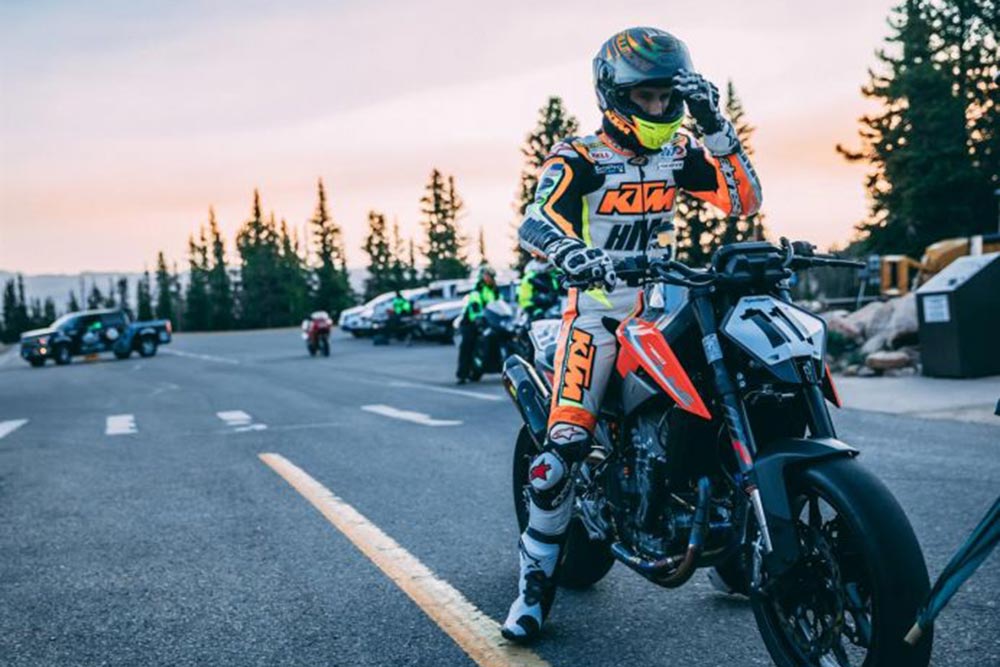 Coming to the highlight of it all, the clash of the Titans. The 2018 Pikes Peak edition will see Chris Fillmore returning to beat his current record of 9:49.625. However, this time he’ll be aboard the 2018 KTM 790 Duke and compete in the Middleweight division. Fillmore had set last year's record with KTM’s top-of-the-line 1290 Superduke R, where he thrashed Carlin Dunne’s record by a whole 3 seconds.

It was Fillmore’s very first year competing at Pikes Peak, and boy did he impress! Goes without saying that his Motocross and Supermoto skills are commendable. However, it wasn’t all easy going for Fillmore. An interview session post his record-breaking run had him saying, “I set myself the goal of breaking the record as a rookie, but as the practice weeks started I realized how limited is the time that you get on each of the three sections. Then on race day, it's the first time you actually see the whole mountain. There's no warm-up, no sighting lap, just line up and go, and give it everything you’ve got. I wasn’t sure that it was going to be possible to break the record on this 14,000-foot mountain. A lot of things were unpredictable, like the conditions and the elements." 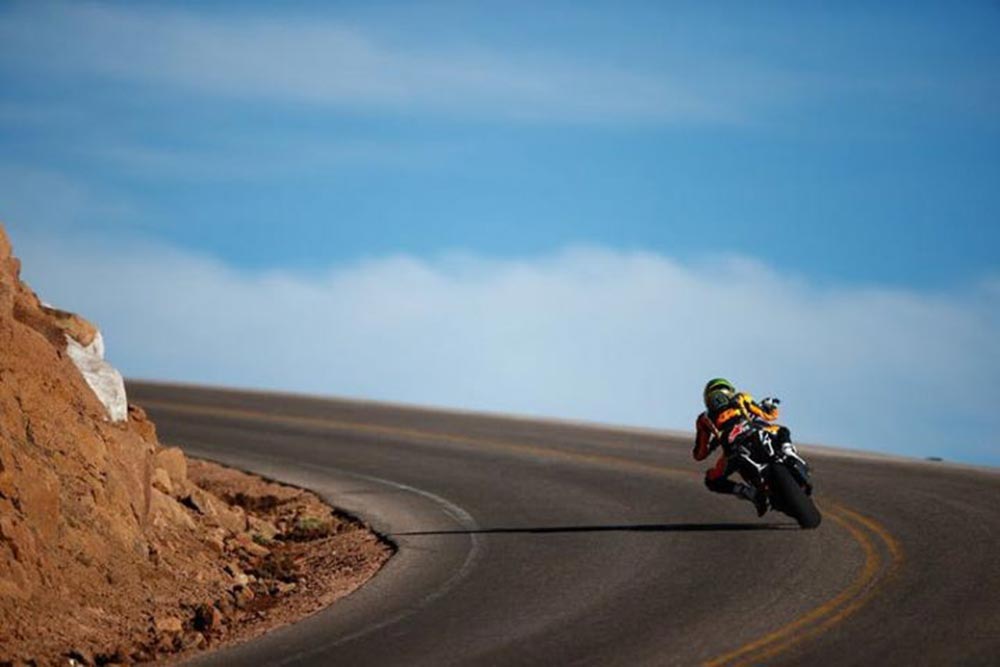 The Mountain can be described in three different sections. The first half is relatively fast and flowing; the middle is where you start climbing and has a mixture of fast straights and sudden 180 degree bends leading up the side of a cliff. Then there is the top half which is right above the treeline. This is the section where riders go flat out, throttle pinned through the wide sweeping corner. But all these corners are taken blindly as the mountain blocks the rider’s view. Fillmore almost ran off the cliff four corners before the Summit at Carl's Corner when he exceeded his braking marker, but nonetheless he managed to get the bike under control and scoot off to the finish line. 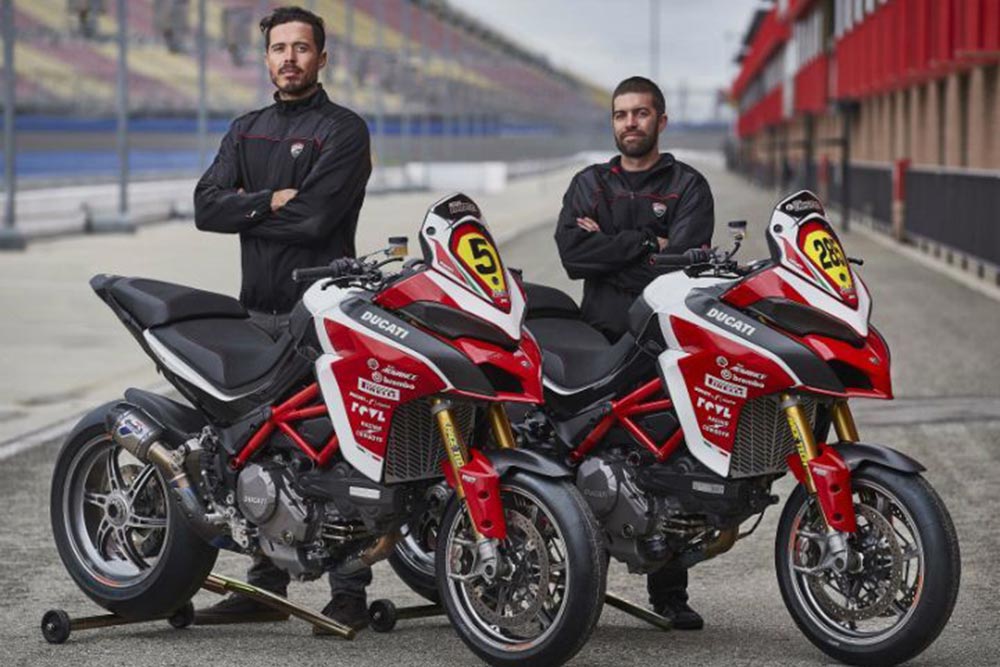 Despite the haunting experience, Chris Fillmore will return to compete this year. However, the question remains - will Fillmore be able to further improve on his existing record or will former record holder Carlin Dunne return to claim the crown astride his 2018 Multistrada 1260? Stay tuned to find out.