It could share its underpinnings with Hyundai’s upcoming sub-4m SUV, and both are expected to see the light of day in 2019!

Kia is reportedly planning a sub-4m SUV as one of the models to make its debut with in the Indian market. In April 2017, the South Korean brand, owned by Hyundai, announced plans of setting up shop in India with sales likely to begin by end of 2019 with a compact sedan and a compact SUV. Kia’s sub-4 metre SUV is likely to be based on the equivalent Hyundai model, which was showcased as the Carlino concept (check out the image below) at the 2016 Auto Expo. 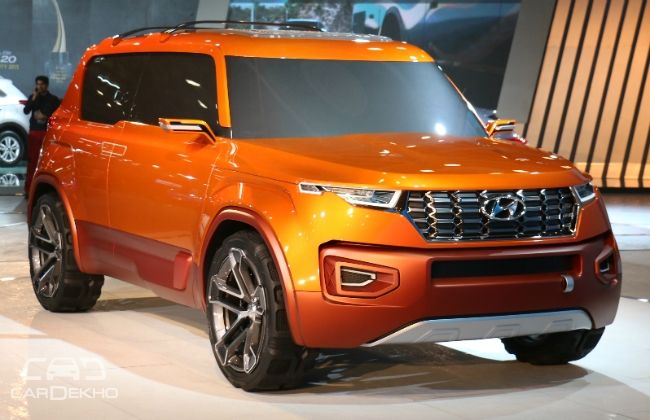 Currently, both Kia and Hyundai don't offer a sub-4m SUV in any market. It is likely that these models are perhaps being developed keeping India as the prime focus! At launch, these SUVs would go head-to-head with the Ford EcoSport, Maruti Suzuki Vitara Brezza and the Tata Nexon. The sub-4 metre crossover segment is certainly going to be one of the most crowded spaces in the country as it already has cross-hatches vying for market share as well.

Hyundai recently told us that its upcoming sub-4 metre SUV is likely to be powered by a 1.0-litre turbocharged engine here. It is likely that this engine could be the same as the one available with the Euro-spec second-gen i20 (Elite i20). We expect Kia to offer the same engine as well. The diesel motor, on the other hand, could be an updated version Hyundai’s popular 1.4-litre engine.