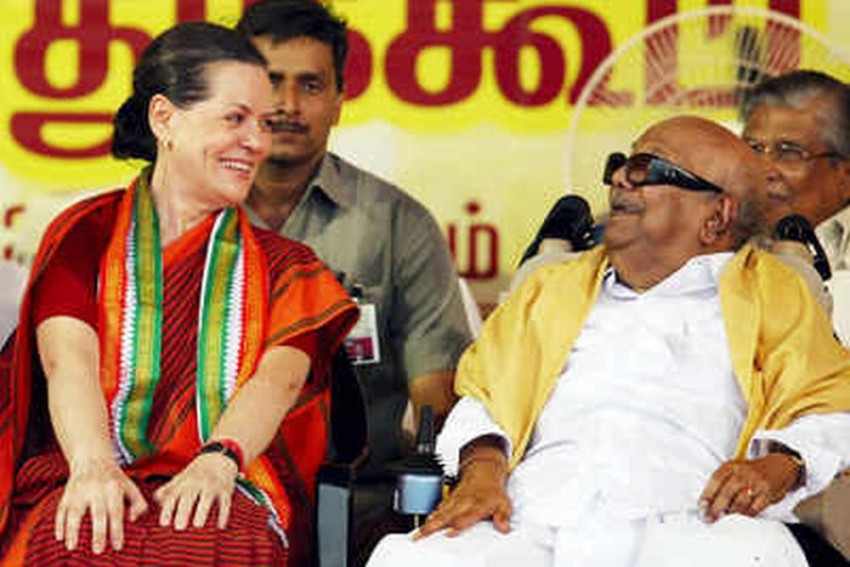 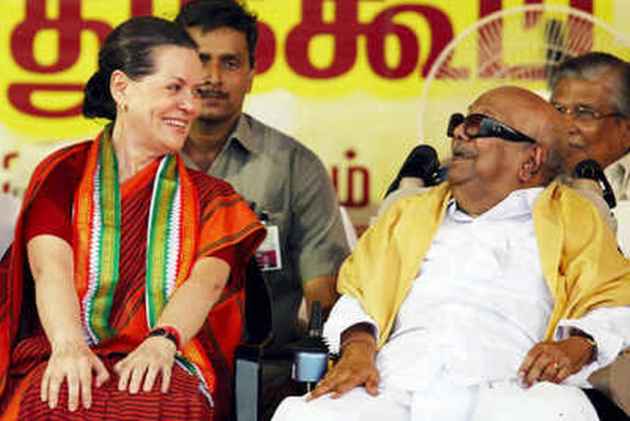 UPA chairperson Sonia Gandhi on Wednesday termed the death of DMK patriarch M Karunanidhi as a "personal loss", saying he was like a "father figure" to her and the country has become poorer without his wise statesmanship.

In a letter to Karunanidhi's son and DMK chief M K Stalin, Gandhi said 'Kalaignar' was a towering figure in the world of politics and public service in both Tamil Nadu and the country.

"For me, Kalaignar's loss is very personal. He always showed me great kindness and consideration, which I can never forget. He was like a father figure to me," she wrote.

"We shall not see the like of Kalaignar again, and our nation is poorer without his wise statesmanship, and his dedication to our country and our people," she also said.

The former Congress president said Karunanidhi was a brilliant literary figure who did so much to promote Tamil Nadu's rich and distinctive culture and arts, and brought worldwide recognition for it.

"His decades at the helm of Tamil Nadu's government and politics have left a superb and enduring legacy, for which he will forever be honoured and remembered. I believe he had full confidence that you would nurture and take forward his legacy," she said in her letter.

"Throughout his long and magnificent life, he stood unwavering for social justice and equality, for the development, progress and prosperity of Tamil Nadu, and for the well-being of every single citizen, especially the poorest and most marginalised," she also said.

Sharing the grief with his entire family, Gandhi said Kanunanidhi lived a long and wonderfully fulfilled life and is now released from suffering. She also lauded Stalin for looking after his father well and with "utmost devotion" during his illness.

Karunanidhi died yesterday due to prolonged illness at the age of 94.

Majority In Jammu Against Revoking Article 35A, Says PDP