Journalists of Tamil Nadu have sought an apology from the governor for 'harassing' the journalist even if the 'gesture may have been paternal in nature.' 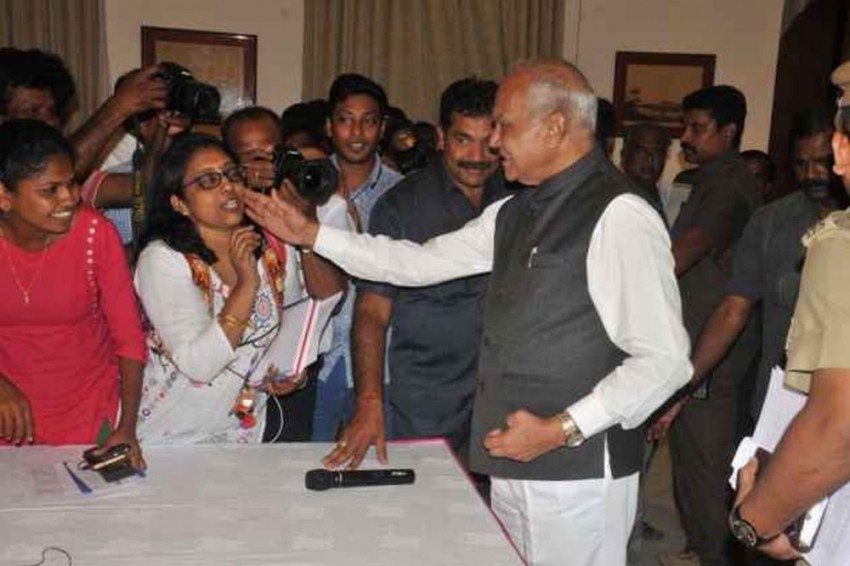 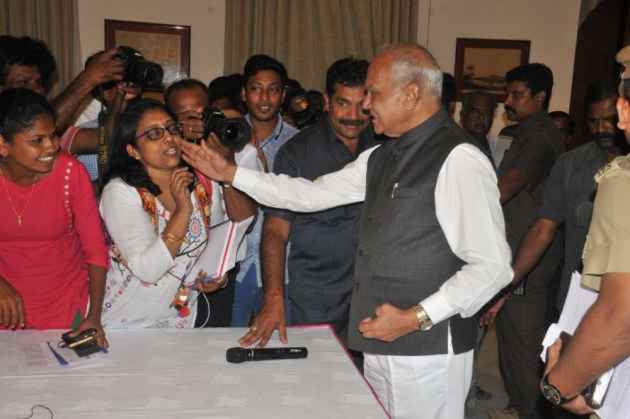 Tamil Nadu governor Banwarilal Purohit has apologised to a woman journalist for patting her cheek at a press conference, after the incident created widespread outrage among the journalist community.

Earlier in the day, two-hundred journalists signed a petition seeking unconditional apology from Purohit for patting the cheek of a woman journalist without her consent to apparently parry a question.

The incident took place when the 78-year-old Governor was about to leave the venue of the crowded press conference at the Raj Bhavan, which was all set to conclude.

The woman journalist, working with a leading English magazine had said in her tweet "I asked TN Governor Banwarilal Purohit a question as his press conference was ending. He decided to patronisingly ? and without consent ? pat me on the cheek as a reply."

Purohit had called the press conference "on the case of a professor allegedly luring students to sexual encounters with her seniors and who claimed to know you." said the letter

Journalists of Tamil Nadu sought an apology from the governor for 'harassing' the journalist even if the 'gesture may have been paternal in nature.'

The journalist, Lakshmi Subramanian had said, "here is what I have to say his excellency Governor Mr Banwarilal Purohit... So agitated... Mr Purohit. It might be an act of appreciation by you and grandfatherly attitude, but to me you are wrong."

The letter quotes section 2 of the Tamil Nadu prohibition of Harassment of women act, 1998, which defines harassment. The letter also points out that the offense is 'cognisable and non-bailable'.

The DMK had termed the incident as "unbecoming" of a person holding a Constitutional post.  DMK Rajya Sabha MP Kanimozhi tweeted "even if the intention is above supsicion, a person who holds a public office has to understand that there is a decorum to it and violating a woman journalist's personal space does not reflect the dignity or the respect which should be shown to any human being."

In another controversy, the Tamil Nadu Governor has been linked with a college professor arrested for asking her students to extend sexual favours to university officials in exchange of financial and academic rewards.

He has denied the charges.

"It is nonsense, baseless, totally baseless," he told reporters at the Raj Bhavan when asked about allegations by a political party that he was being "investigated" by the Home Ministry for alleged sexual misconduct.

A report in a daily in February this year had claimed that the Governor of a southern state was accused of sexual misconduct and the veracity of the allegation was being investigated by the Home Ministry.

An audio clip of the Mathematics professor at Devanga Arts College in Aruppukottai, went viral where she was heard asking her students "to adjust with some officials" of the university, for higher marks and monetary rewards.

On the basis of the audio clip, Nirmala Devi was arrested on Tuesday.