The panchayat members were being housed and guarded by the government due to security threat in the Valley. 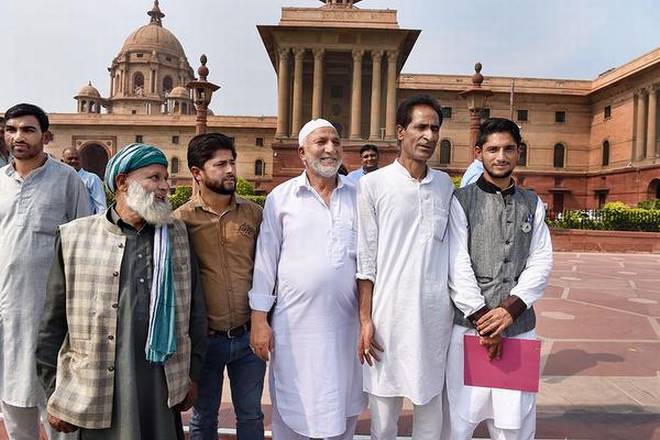 All sarpanch and panch, housed by the central government in Srinagar in the view of security threat in Jammu and Kashmir, have left for their respective districts to cast vote in the Block Development Council (BDC) elections before the state is split into two union territories.

The local body elections will take place across Jammu and Kashmir on October 24. The sarpanch and panch are the only eligible voters in these polls.

While some received government accommodation, others were placed in hotels along Boulevard Road, Dalgate Road and in uptown Rajbagh area in view of the security threat in the valley.

The state had been under lockdown since August 5 when the Centre stripped Jammu and Kashmir of its special status under Article 370 and moved another motion to bifurcate the state into two union territories. On October 12, the government allowed postpaid mobile phone services in the Valley but restricted SMS services within hours of its decision. Internet services continue to remain suspended.

“Around 18 panch and sarpanch are putting up in this hotel for the past few months. Yesterday (Tuesday) all of them have left,” said a security guard posted at Hotel Duke on Boulevard Road in Srinagar. This included Panchayat members from Shopian and Anantnag. “They would seldom leave hotel premises. But yesterday they left for their districts to cast votes in the election.”

There are around 39,000 panch and sarpanch across the state. In the Valley alone, there are 19,578 panch and sarpanch. After the conclusion of the election, the government is likely to set up district development boards to complete the three-tier Panchayat System in the Union Territories. The three tiers are Halqa Panchayats, Block Development Councils and the District Planning and Development Boards.

The elected BDC chairpersons will be part of the district development boards besides MLAs and MPs. Each BDC consists of a chairman, all sarpanch of Halqa Panchayats falling within the block and the chairman of the Marketing Society within the jurisdiction of the Block, as per the Panchayati Raj Act, 1989 and Panchayati Raj Rules, 1996.

At the heavily guarded Hotel Manali near the Dalgate, Sarpanch Abdul Rashid Khan has left for his tehsil Khag in Budgam district for the polls. “I am worried about him. We are living in this hotel room for long and we have never faced any problem. I get worried whenever my husband leaves the hotel to visit his area,” said Khan’s wife.

“The situation is not good in the Khag area, that is why we live in the hotel room,” she said adding, “Villagers of Khag having any work with my husband would usually visit him in the hotel.”

Earlier in September, Home Minister Amit Shah told a delegation of Panchayat heads that all panch and sarpanch, who are vulnerable to threats from terrorists in the state, will get police security and insurance coverage.

As tensions simmer in the Valley, these elections will take place without several mainstream Kashmiri politicians. The National Conference (NC), Congress and the People’s Democratic Party (PDP) have boycotted elections, but the BJP has fielded 280 candidates in the 316-seat poll.

NC said that one failed to understand the kind of elections the government of India was planning.

“At a time when the air is filled with fear and uncertainty, the holding of BDC polls is no less than a crude joke,” the party said. “The people of the state are undergoing the worst form of oppression and suppression. Schools are closed, agriculture activity, in particular, the horticulture sector is suffering from immense losses, and tons of horticultural produce is decaying for the lack of transportation,” it said, adding that the clampdown and information blackout have made the lives of people no less than a curse.

“The people of the state are being denied all civil liberties. Nearly 80 lakh people are facing the worst kind of collective punishment in the form of gags and restrictions and the BJP’s sole concern is to grab the power through these sham polls. “What kind of election is the present government up to? Legitimate leadership is still under detention. The very veracity of the BDC polls is under question.”