Jagannath Temple Nabakalebara Fiasco: Will Truth Ever Come To Fore?

The Jagannath Temple chief administrator says the report of the inquiry will not be made public even under RTI as it is a very sensitive matter and involves secret rituals of the deities. 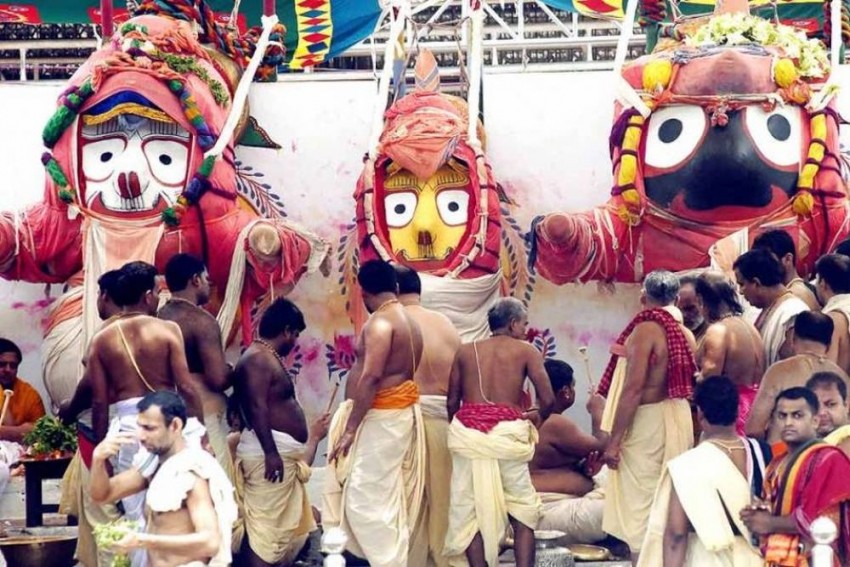 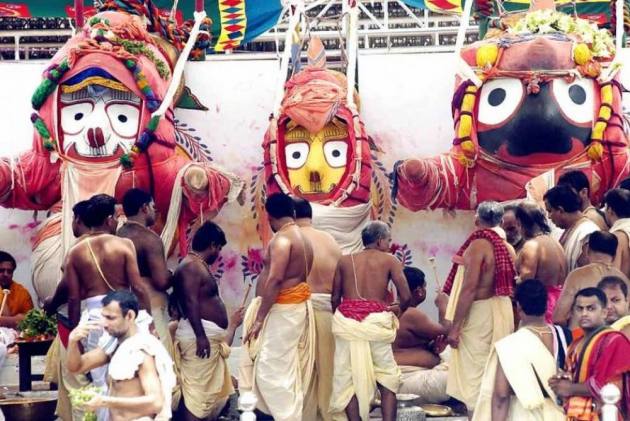 It was a decision that defied logic. Over three years after the massive fiasco during the Brahma Parivartan (transfer of ‘soul’) of the three deities at the Lord Jagannath temple in Puri during the Nabakalebara (change of body) of the deities in 2015, the temple administration has said it will not reveal the inquiry report on the incident to the public, ‘even under Right To Information (RTI) Act’.

“The report of the inquiry will not be made public because it is a very sensitive matter and has to do with secret rituals and traditions of the deities. We will not reveal it even if an application is filed under the RTI,” said Pradeepta Mohapatra, chief administrator (CA) of the Shree Jagannath Temple Administration (SJTA) after a meeting of the temple management committee on Thursday.

The Brahma Parivartan (soul transfer) is the most important ritual of the Nabakalebara (change of body) of the Holy Trinity – Lord Jagannath, Lord Balabhadra and Devi Subhadra – which comes once every 12 or 19 years. As per the centuries-old tradition of the temple, the ‘soul’ of the deities is transferred from the old ‘daru’ (wooden) idols to the new ones by designated priests in the dead of the night. However, in 2015, Nabakalebara ritual took place in the afternoon, causing massive outrage among Jagannath devotees.

Ever since, millions of Jagannath loving Odias have been eagerly waiting for the report of the inquiry conducted by the then CA of SJTA and senior IAS officer Suresh Mohapatra to find out the ‘truth’ about the mess created by two groups of servitors fighting over the right to enter the sanctum sanctorum during the all-important ritual.

In sharp contrast, the temple administration has been making every possible effort to delay the report. The report of the inquiry conducted by Mohapatra (who should not have been entrusted the probe in the first place because it was under his watch as CA that the whole fiasco took place) was submitted to the SJTA only on August 5, 2017, over two years after the Brahma Parivartan mess on the intervening night of June 15-16, 2015. But instead of acting on it, the SJTA promptly appointed a three-member sub-committee to vet the report. And when the sub-committee finally submitted its report on Thursday, the temple management committee, headed by Gajapati King of Puri Divyasingh Deb, promptly decided to keep it under wraps.

The decision was clearly taken without much thought or deliberations because the inquiry report does not qualify to be exempted from the purview of the RTI Act under any of the 15 grounds mentioned in the Act. The decision is certain to be challenged in the court and jurists say there is little hope of it passing judicial scrutiny. They say the verdict of the court would ‘embarrass’ the temple administration.

Interestingly, even as he announced the decision to keep the much-awaited inquiry report secret, the head of the SJTA said on Thursday that ‘disciplinary action’ would be taken against the ‘10-15’ servitors found guilty in the inquiry under Sec 21 (B) of the Jagannath Temple Act and notices would be issued to them ‘within three months’. This would lead to a queer situation where the people would know who the guilty were, but not what they were punished for!

Going by its conduct in the past, it is possible that the SJTA has no intention of acting against the erring priests and is only trying to buy time. The three-month time taken to serve notice suggests as much. In the wake of the statewide outrage over Brahma Parivartan sacrilege, it had suspended two servitors – the father-son duo of Kashinath and Jayakrushna Dasmohapatra – but revoked the suspension on the eve of the Rath Yatra in 2016, even before the ‘inquiry’ was over.

As in the case of the missing keys to the Ratna Bhandar of the Jagannath Temple, the temple administration appears keen to keep the truth away from public outrage. On its part, the Naveen Patnaik government is worried about the implications of the inquiry report being made public in an election year because a majority of the servitors are known to be aligned with the ruling BJD.

It remains to be seen if the BJD would have to pay a political ‘cost’ for the decision to keep the inquiry report under wraps.