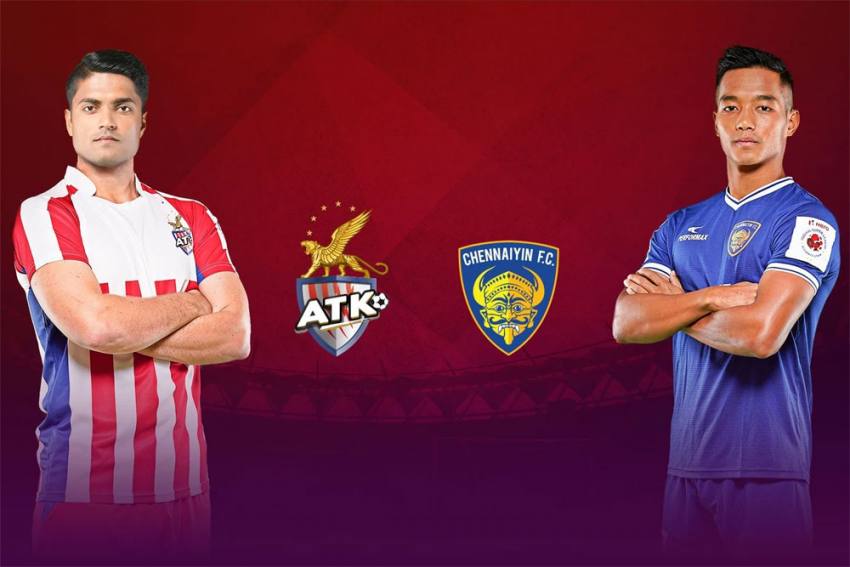 In the reverse fixture earlier in the season, ATK emerged 1-0 victors but will face a much different and much better Chennaiyin side this time around.
Courtesy: ISL
PTI February 15, 2020 00:00 IST ISL: With An Eye On AFC Champions League Berth, ATK Host Chennaiyin FC 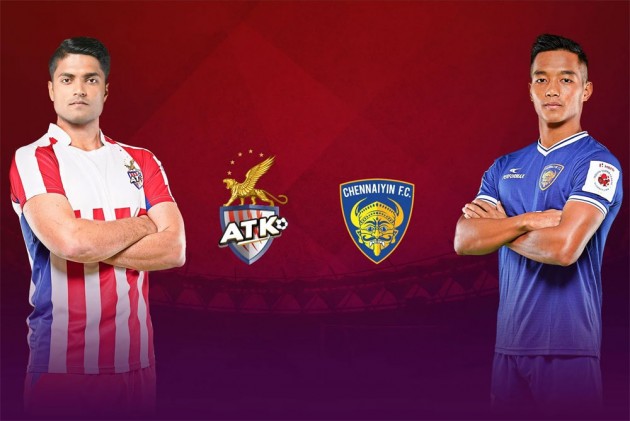 In-form ATK will look to secure their fifth win on the trot and finish the home leg on a high when they face Chennaiyin FC in an Indian Super League fixture at Kolkata on Sunday. (More Football News)

The Antonio Lopez Habas-coached side has been a revelation in the sixth season as it emerged as one of the prime contenders to top the points table and clinch the AFC Champions League playoff berth.

The Kolkata side would look to make the most of its last home match before it travels to Bengaluru for the final round as a win for the two-time former champions will put them right ahead of FC Goa in the race to be table toppers.

The biggest positive for ATK has been their captain Roy Krishna's top form. With 13 goals to his name, the Fijian frontman is leading the tally along with FC Goa's Ferran Corominas.

Roy Krishna pumped in a hattrick to lead their side to a 3-1 win over Odisha FC in their previous match and he along with Edu Gracia will once again look to take control of the proceedings against Chenniayin FC.

The Fijian with his quick pace and skill will be a constant threat to the Chennaiyin FC defence helmed by Lucian Goian and Eli Sabia.

David Williams too has regained full match fitness and his partnership with Krishna will be key.

They feed off each other's energy and their understanding and combination in the attacking third is a headache for any defence.

To support them, Prabir Das and Michael Soosairaj will be operating in the wide areas and will try to stretch the pitch as wide as possible.

"We are in a good moment and the performance is positive for us but we have to continue playing. Now our opponents are Chennaiyin and we need to play to win. This will be a good game because both teams play good football. The target is the same as for every game – win the next game," Habas said on the eve of the match.

For the visitors, who are lying at sixth place with three games left, the match would be crucial to remain in the hunt for playoffs as a win will help them leapfrog Odisha FC to fifth spot.

With Goa, ATK and Bengaluru FC already securing their last-four berths, it's now a three-way race among Mumbai City, Odisha and Chennaiyin FC.

Chennaiyin's answer to Krishna will be their Lithuanian striker Nerijus Valskis, who is hot on the heels of Krishna with 12 goals.

The resurgence of the visitors under coach Owen Coyle has been largely due to Valskis' heroics in front of goal.

Not only has he been finding the net regularly, but with five assists, he has also played the role of a provider to perfection.

In the absence of Augustine Iniguez, ATK's backline must remain on their toes to keep a check on the prolific striker.

"We have shown that when we are at our very best, we can cause problems for any defence and that's what we will look to do. We respect ATK but we don't fear coming here. We have to be at our best to win the game."

They will be boosted by Anirudh Thapa's return from suspension, while Germanpreet Singh is also available for selection after a lengthy layoff.

The Southern outfit, however, will miss their experienced midfielder Thoi Singh who was sent off in their goalless draw against Bengaluru FC in the previous outing.

I Have No Clue Liverpool Can Defend UEFA Champions League: Jurgen Klopp