If there was a law that laid down the processes and procedures for verification of refugees and asylum seekers, the Rohingya issue could have been handled in a more effective manner 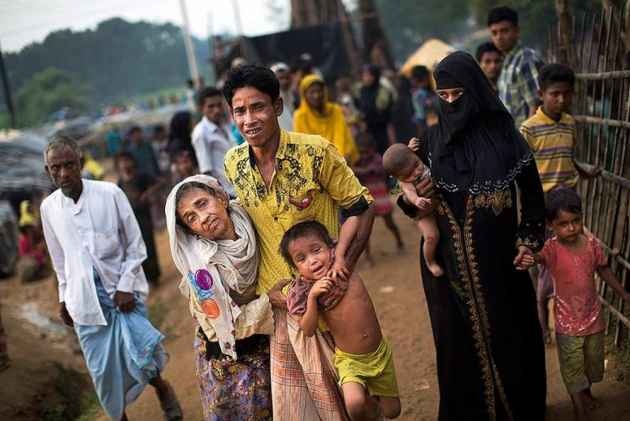 India has housed a sizeable number of refugees, mainly from its neighbouring countries such as Afghanistan, Bangladesh, Myanmar, Sri Lanka and Tibetans, for several decades now. Yet, the country does not have a policy framework or an overarching law that would streamline and regulate the inflow of refugees into the country. India is not party to the 1951 United Nations Convention on the Status of Refugees and the 1967 Protocol and therefore there is no compulsion on India to formulate a national legal instrument.

According to a statement in the Parliament by the Minister of State in the Ministry of Home Affairs, Kiren Rejiju, there are more than three lakh refugees with various States as of 2014-end. Without a law, India has handled the inflow of refugees through a mix of political and administrative measures. Therefore, India’s approach, at best, can be called ad hoc, coming out with a series of procedures and relief and rehabilitation measures. There is also no specific agency or machinery that has been responsible for determining the status of refugees. They are essentially determined under domestic laws as it applies to aliens in India, such as the Foreigners Act, 1946, The Registration of Foreigners Act, 1939, Passport (Entry into India), 1920, The Passport Act (1967), Extradition Act, 1962, the Citizenship Act, 1954 and the Foreigners Order, 1948.

Having hosted close to 500,000 refugees at various points, India should formalise its arrangements. A law will also bring about greater coherence in terms of treatment meted out to various refugee groups, instead of the somewhat discriminatory treatment to different refugee groups. Two groups that have fared especially well are the Sri Lankan Tamils and the Tibetans, but in the absence of a law, India has been found making discriminatory treatment between refugees. In an answer to a question in Parliament in August this year, Minister of State for Home Affairs Hansraj Ahir explained the provisions that the government has made for some of the refugee groups. With regard to Sri Lankan Tamils, the government runs “a scheme for providing relief assistance to Sri Lankan refugees, who are residing in camps in Tamil Nadu and Odisha. Certain essential relief facilities such as monthly cash assistance, subsidised ration, free clothing materials, utensils, cremation and shradh grants and infrastructural facilities in camps are provided to them.” Similarly, for the Tibetan refugees, the government instituted in 2014 a “Tibetan Rehabilitation Policy advising the State governments to consider extending the social sector schemes, whether of the Central or the State governments, to the Tibetan refugees. Government has sanctioned a scheme of grant-in-aid of Rs. 40 crore over a period of five years from 2015-16 to 2019-20 to Central Tibetan Relief Committee (CTRC) for social welfare of Tibetan refugees in the country.”

Also, broader measures across all refugee groups have been far and few, though in late 2011, India had come out with a Standard Operating Procedure in order to deal with foreign nationals seeking refugee status in India. As per this procedure, a foreigner claiming a refugee status is verified and if it is found to be genuine case, he/she is issued a Long Term Visa (LTV).

In addition, burden-sharing could be considered if India is able to coordinate with agencies such as UN High Commission for Refugees (UNHCR) and International Organisation for Migration (IOM) to, for instance, assist in the return of those identified as illegal migrants. Involvement of agencies such as these can also ensure certain degree of controlled transparency and thus strengthen the credibility of New Delhi’s approaches and actions. Also, for a country such as India that has acted by and large generously in hosting refugees, it should aim to improve its credentials with the global community in general. This will include India pushing for a law that will include human rights standards in the treatment of refugees and asylum seekers, thus getting rid of the arbitrariness currently on display. For instance, if there was a law that laid down the processes and procedures for verification of refugees and asylum seekers, the Rohingya issue could have been handled in a more effective manner. This is also significant as India seeks a larger role in global governance mechanisms such as the UN Security Council.

Despite taking in refugees in large number, India has not been able to exercise a leadership role in this area because it does not have a national law and works on with its ad hoc approach. On the other hand, a national legal instrument on refugees and asylum seekers would remove the irregularities in India’s approach, aid in better categorisation of refugees and illegal migrants (a huge problem that India has been tackling ineffectively) and possibly also bring about better resources to deal with the large inflow of refugees. It should also lead to a single agency for processing and approval within the Ministry of Home Affairs, removing some of the extended delays, and bring about greater consistency in India’s approach.

Initially, India stayed out of the Convention because it was seen as a Cold War instrument, but today equations have changed and it may be time for India to review its position. There are possibly also capacity-related concerns that compel India not to sign the Convention. For instance, India being a party to the Convention, will be obliged to admit large number of refugees should there be a major conflict in the neighbourhood. Whether India has the necessary wherewithal to handle large influx of refugees is a question.

In addition, there are practical issues for India to consider. For instance, once India is a signatory, it has to comply by the Convention in entirety, including provisions such as no forcible repatriation. But this is something India is already adhering to without being party to the Convention. India is already obliged to do this since it has signed the Convention against Torture and Other Cruel, Inhuman or Degrading Treatment or Punishment (known as the United Nations Convention against Torture (UNCAT), 1984. Under “A State Party’s Undertakings”, Article 3 of UNCAT, “No state party shall expel, return (refouler) or extradite a person to another state where there are substantial grounds for believing that he would be in danger of being subjected to torture.” Therefore, it is not as if India will have to alter its current practices and approaches to be a party to the 1951 Convention. Be that as it may, India must undertake a review process to examine the pros and cons of joining the Convention. Whatever conclusions such a review comes to should be based on the current environment and concerns than those of the bygone decades. By being party to the Convention, India will be in a better place to also lobby for effecting changes in the Convention.