Boys are less likely to tell a family member about their experiences with abuse. Boys are 89% less likely than girls to reach out for psychiatric support after they have been victims of sexual violence. 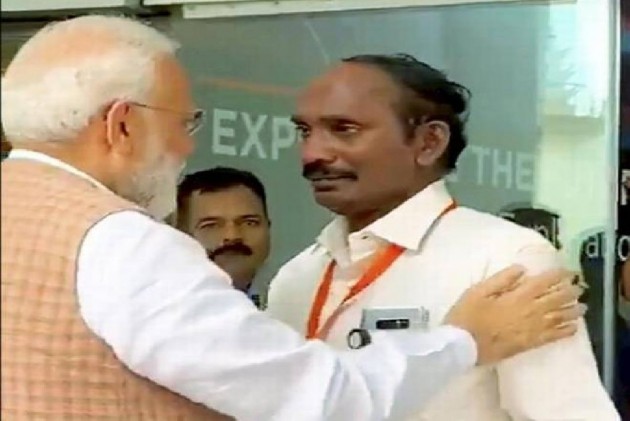 In the last two weeks, we have seen Good Morning America’s host Lara Spencer ridicule Prince George for his special love of ballet among the other subjects he is pursuing outside of school. We have seen public criticize ISRO Chairperson Kailasavadivoo Sivan for crying when Chandrayaan-2’s 'Vikram' Lander failed to touch down on the Moon’s surface.

Among all of this highly visible public discourse, I’m wondering what message we are sending to young men about what is and is not acceptable, and whether it’s the message we want to be sending as we strive toward a more gender-equitable country.

So, why do we see so many fewer representations of men crying in movies and the media? According to Tony Porter, an activist and educator recognised for his efforts to end violence against women, “Around the age of 5, boys get the message that anger is acceptable but they’re not supposed to show other feelings, like vulnerability.” In other words, this expectation is 100% constructed by society.

And it’s not helped when esteemed political analysts like Gaurav Pandhi perpetuate this norm vocally and visibly.

I was expecting better temperament from the @ISRO chairman. Failures happen and are stepping stones for the success ahead. ISRO's achievements and efforts are applauded by the entire world. A man of his stature crying like a baby because of shortfalls looks idiotic to me. pic.twitter.com/hLIlzBmlAP

Turns out, when you’ve put your blood, sweat, and tears into something that’s been in the works since 2007âÂÂÂÂ-- âÂÂÂÂor you see your lander spacecraft lose communication with ground stations just 2.4 kilometers before touching down on the Moon’s surface, crying is a really natural human response.

I’m wondering: what would we have wanted to see? Would we have been more comfortable if Mr. Sivan had responded to the failed landing with a gruff handshake and brief statement? Space exploration is resource-intensive, time-intensive, and passion-intensive. Probing the edges of the known universe is literally as earthshattering as it gets. You don’t enter the field if you’re not passionate about the galaxy’s possibilities. So to have the world look on as a mission you are in charge of does not culminate in the outcome you were hoping for must be a lot of pressure, at the least -- and more likely, heartbreaking.

The rough exteriors we have encouraged our boys to cultivate cover up a depth of pain that can go along with growing up as a boy. While society speaks openly about the obstacles that accompany girls’ success in school, family, and the workplace, we’re nearly silent about the burdens that are borne by boys. And we give them major signalling as they grow up that they should remain silent about their pain.

This isn’t discussed enough, but a study in the Indian Journal of Psychiatry shows 53.22% children face one or more forms of sexual abuse every year, and among them, the number of boys abused was 52.94%. Boys are less likely to tell a family member about their experiences with abuse. Boys are 89% less likely than girls to reach out for psychiatric support after they have been victims of sexual violence. Instead, they might rely on outlets like misbehaving in school or exaggerated visibility -- what is actually in many cases a desperate cry for help.

Boys, who have been hurt, rely, in some cases, on violence as a way to express their pain. When we remove outlets like an open expression of emotion or creation of art from the toolkit that boys have to process their pain through, we are seriously stunting their ability to live happy and fulfilled lives.

I hope that we, as the public, can think about the very real consequences of suppressing emotions for adolescents growing up in this country, the next time we choose to pass comments about men showing their emotions in the public sphere.

Also Read | Opinion: Risks And Failures Part Of Space Business And ISRO Well-Equipped To Deal With It