Bhagwat's remark came amid continued protests in several towns and cities of the country against the new citizenship law and probable pan-India NRC, moves branded by those opposing them as a reflection of "Hindutva nationalism" that is detrimental to Muslims. 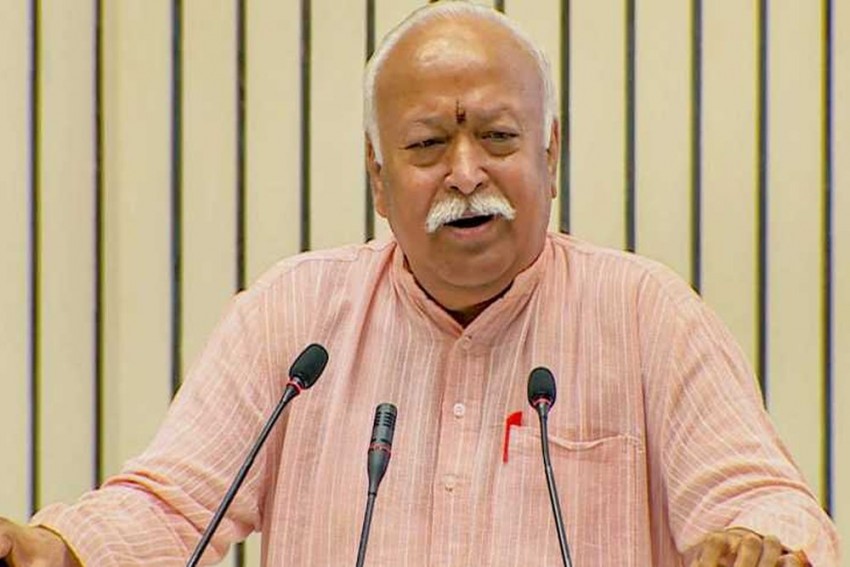 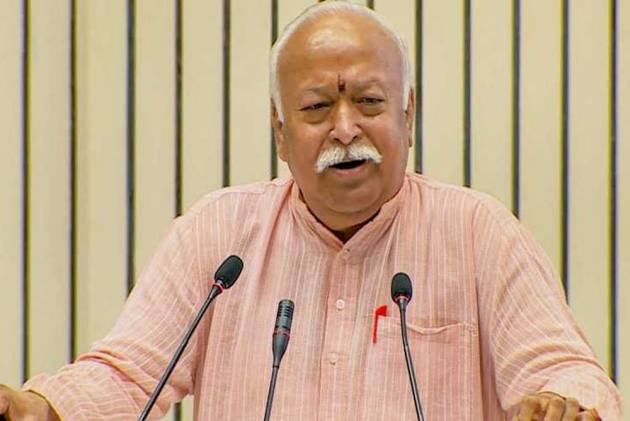 The word "nationalism" can lend itself to different interpretations and could be equated with "Nazism and Fascism" by some, RSS chief Mohan Bhagwat said on Thursday.

Bhagwat's remark came amid continued protests in several towns and cities of the country against the new citizenship law and probable pan-India NRC, moves branded by those opposing them as a reflection of "Hindutva nationalism" that is detrimental to Muslims.

Addressing an RSS event in Jharkhand capital, Bhagwat recalled how a Sangh volunteer advised him against using the word during a visit to the UK.

"I was on a visit to the UK. A karyakrata advised me not to use the word nationalism as English is not our language and it could have a different meaning in England.

"It's okay to say nation, national and nationality but not nationalism. Because it means (alludes to) Hitler, Nazism and Fascism (in England)," he said.

Bhagwat also said problems like radicalism and climate change were disturbing world peace and only India, with its ethos of thinking holistically, can offer a solution.

"Problems of radicalism, environment and the belief that one is right while the rest are wrong are the basic issues disturbing world peace," he said.

Only India has got the experience to think holistically to find solutions to these problems, Bhagwat added. "And the world waits for India, so India has to become a great nation."

The RSS chief said different countries had different languages, religions and models of economic development and someone not accepting those cannot be its national.

"You can be (their) guest, host, minority, anything, even enemy, but not its national," he said without elaborating.

Calling upon RSS members to connect with people irrespective of their caste, language, religion or region, Bhagwat said India's characteristic is to bind everyone in one thread following the principle of 'Vasudhaiva Kutumbakam' (the world is a family).

"We (Indians) live for each other, not for ourselves. We believe that the world has made us and we have to give back to it. We look at the world with gratitude," Bhagwat said.

Sharing an anecdote, he said, a Muslim intellectual from the country once went for Haj and was sent to jail on blasphemy charges for wearing a 'locket'.

The then foreign minister Sushma Swaraj intervened and got him released within eight days, he said, apparently suggesting that everyone from India is considered a Hindu outside the country.

"....because Bharatiya sanskriti (Indian culture) is also known as Hindu sanskriti, reflecting its values, ethos and culture," he said.

He invoked Yudhishthir, the Pandava prince of epic 'Mahabharat', to say India does not believe in subjugating other countries. "Its policy is we will neither enslave anybody, nor will be slaves ourselves," he said.