In ‘Naya Kashmir', Even Women Not Spared From Cruelty: Mehbooba Mufti On SPO's Arrest

Saima Akhter was terminated from her service for 'obstructing' government officials in the discharge of their duty and booked under the Unlawful Activities Prevention Act. 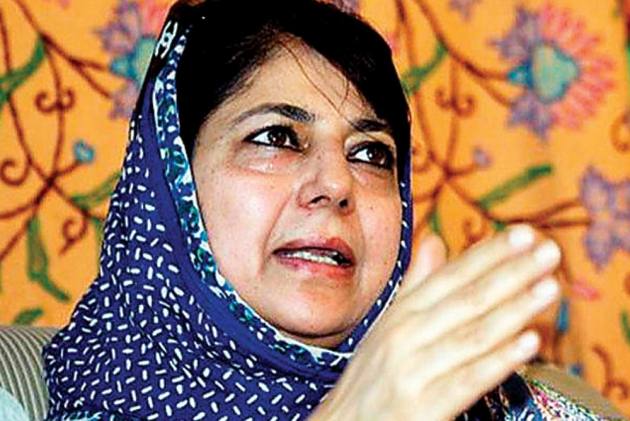 PDP Chief Mehbooba Mufti Friday reacted to the arrest of a woman Special Police Officer (SPO) from the Kulgam district for alleged glorification of terrorism. Mufti said, "even women aren’t spared in Naya Kashmir" while opposing the arrest of the lady officer.

Saima Akhter, a resident of Frisal area of the south Kashmir district and working as SPO, was terminated from her service for “obstructing” government officials in the discharge of their duty and booked under the Unlawful Activities Prevention Act. According to a police spokesperson, Saima Akhter allegedly "resisted the search party and turned violent".

Mehbooba Mufti said in a tweet, "Saima Akhter from Kulgam has been slapped with UAPA for raising legitimate questions about searching her home repeatedly without any reasons. Saima's ailing mother understandably exacerbated her worries. When it comes to cruelty even women aren’t spared in Naya Kashmir".

According to a police spokesperson, security forces on Wednesday launched a search operation in Karewa Mohallah of village Frisal on a specific input regarding the presence of militants there.

During the operation, the search party was obstructed by Akther, the spokesperson said. "The lady resisted the search party and turned violent and uttered statements glorifying violent actions of terrorists," he said.

Akhter captured a video on her phone and uploaded it on social media platforms for dissemination “with the intent of disrupting the search operation”, the spokesperson added.