'Will Not Protect Him,' Says Kerala CPM Leader On Rape Charges Against Son

Balakrishnan also dismissed allegations that the 33-year-old woman, on whose complaint the Mumbai police registered a case against Binoy Kodiyeri, had contacted the family. 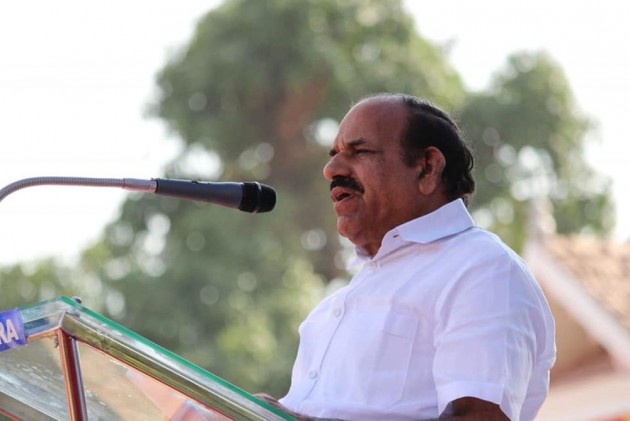 Neither my CPI (M) nor I will protect my son, who has been booked for rape and cheating, state secretary Kodiyeri Balakrishnan said Saturday.

Balakrishnan also dismissed allegations that the 33-year-old woman, on whose complaint the Mumbai police registered a case against Binoy Kodiyeri, had contacted the family.

"Neither my party (CPI-M) nor I will protect Binoy Kodiyeri. He is an adult. He stays as a separate family and is
responsible for his actions," Balakrishnan told reporters in his first public comment on the issue.

The CPI(M) leader said he does not know the whereabouts of his elder son Binoy, who is said to be absconding.

Balakrishnan, who met the media for the first time since the controversy erupted a few days ago, said he has not seen his son for the last few days.

When reporters persisted with questions on the whereabouts of Binoy, he shot back saying he was not an officer of the Mumbai Police.

A former bar dancer from Mumbai has alleged in her complaint that she had been raped by Binoy after promising to marry her. She also claimed that she has an eight-year-old son from the relationship.

The police on Thursday sent a notice to Binoy, asking him to appear within 72 hours before the investigating officers probing the case.

Two Mumbai Police personnel along with local police visited Binoy's ancestral home at Thiruvangad in Thalassery in Kannur district of Kerala and handed over the notice to his relatives.

Binoy, booked under Indian Penal Code sections 420 (cheating) and 376 (rape), has been untraceable since the case was registered.