'Why Not Varanasi': Priyanka Gandhi On Plea To Contest From Rae Bareli

Priyanka Gandhi also said that she had told her mother not to worry as she would look at the work of her constituency. 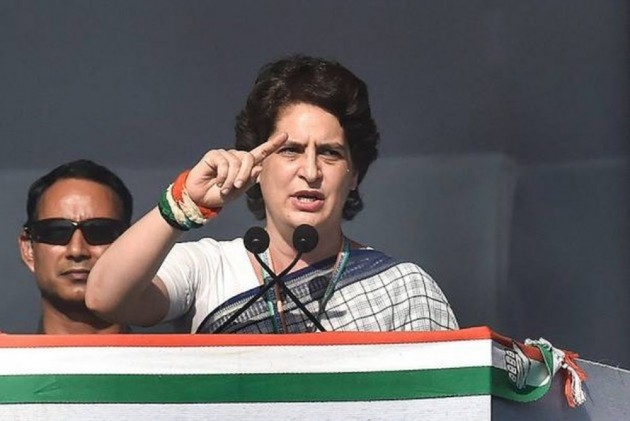 Congress General Secretary Priyanka Gandhi on Thursday sent ripples across the political spectrum after her swift riposte "Why not Varanasi" (the Lok Sabha seat of Prime Minister Narendra Modi) to the party workers' request to contest elections from her mother Sonia Gandhi's parliamentary constituency Rae Bareli.

Her remark came at an interactive meeting with party booth workers, block presidents, gram panchayat and Nagar panchayat heads at a guest house Rae Bareli, about six km from the district headquarters.

As Gandhi, the party in charge for eastern Uttar Pradesh told the gathering that her mother was tense as she could not come among them, some workers asked her to contest from Rae Bareli instead.

At this, she smilingly said: "Why not Varanasi?"

Priyanka Gandhi also said that she had told her mother not to worry as she would look at the work of her constituency.

If the younger Gandhi sibling jumps into the fray against Modi, then it would be the most high-profile contest of the current Lok Sabha polls. But for now, it seems to be only a quick retort made by her.

Earlier in the day, the Congress leader said that she has been given the key task of strengthening her party in the Uttar Pradesh - even beyond the Lok Sabha elections - and ensure it comes back to power in the 2022 Assembly polls.