'Today, we have a Prime Minister who is trying to build a roof by destroying the foundation and the walls of the building,' the Congress leader said in a tirade against the Prime Minister 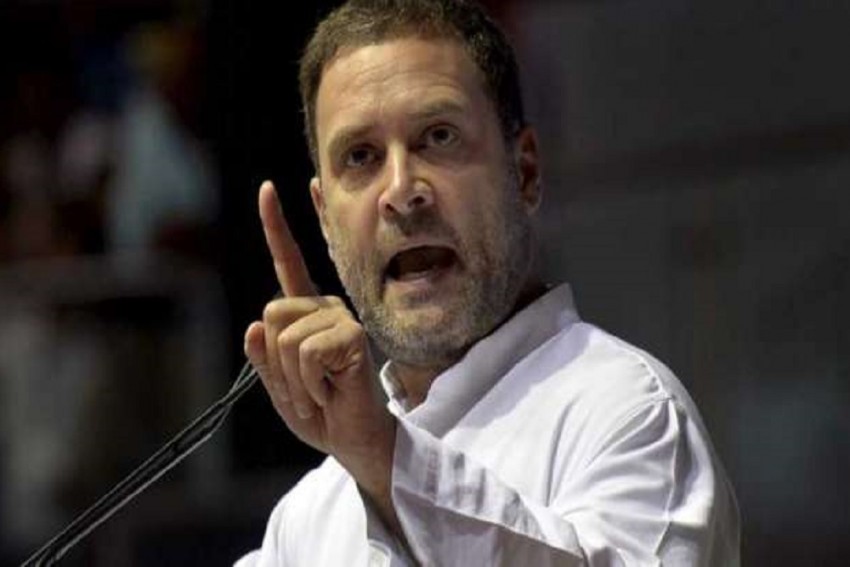 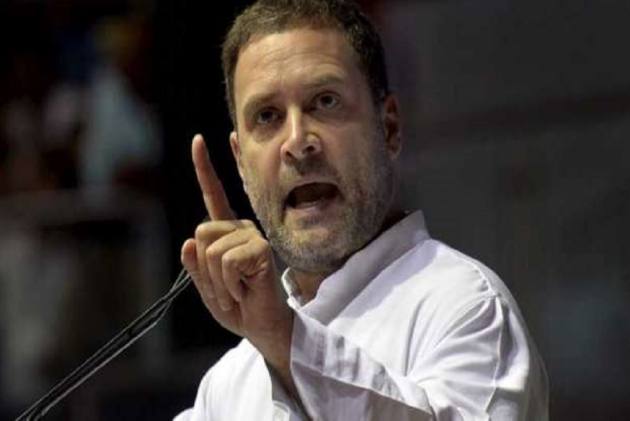 Congress leader Rahul Gandhi, on his second day of the campaign in Tamil Nadu ahead of the assembly elections, slammed Prime Minister Narendra Modi on various domestic and diplomatic policies, alleging that Modi governed the country for just five or six business policy.

Gandhi claimed that Chinese troops have occupied Indian territory and the man with "56 inch-chest" cannot even utter the name of the neighbouring country.

"For the first time, the Indian people can see that Chinese troops have occupied Indian territory. As we speak today, thousands of Chinese troops are occupying our territory and the man with a 56-inch chest cannot even say the word China. That is the reality of our country," he said.

Gandhi was addressing a series of meetings as part of a three-day campaign tour of Tamil Nadu for the assembly polls to be held in the next few months.

The Chinese understood that Modi was "weak and destroyed the nation's economy and that is why they are inside our territory," he alleged. He could tell the people with the utmost assurance that China would have never had the ''guts'' to step inside ''Indian territory'' if the economy, farmers and small and medium enterprises had been strong and if the ''nonsensical GST'' and demonetisation had not been implemented.

The Prime Minister has weakened the country because he does not work for the people but only for his five or six businessmen friends and China has ''come inside,'' because of such a weakened position, he claimed.

The next attack was on farmers, workers, weavers and fishermen who form the core of nation's foundation through demonetisation, a ''nonsensical Goods and Services Tax,'' and the three farm laws, he said. Such agriculture laws shattered farmers lives, wreaked havoc on the ''mandi'' system, favoured ''five to six'' business persons to store millions of tonnes of food grains, he alleged. On the top of it all, ryots cannot seek justice by approaching courts in case of a dispute, he claimed.

After coming up with such legislations, the Modi government still claimed these laws were to protect farmers' interests, Gandhi said. If that was the case, why "lakhs of ryots" were protesting in Delhi and announced their "own parade" on Republic Day? he asked. During the coronavirus pandemic, Modi government waived loans worth about ten lakh crore for big businessmen, the Congress leader alleged and sought to know if advances taken by poor people were written off.

"Today, we have a Prime Minister who is trying to build a roof by destroying the foundation and the walls of the building. People around him are too scared to tell him about his own ignorance. Scared to tell him you cannot construct a building without a strong foundation," Gandhi said.

Farmers have been protesting because they understood that "you are robbing their future, you are stealing what is theirs," the Congress MP claimed. He flayed Modi and BJP for ''destroying'' India's foundational structure of diversity by imposing an ideology of one language, one culture and one nation.

In a veiled attack on Modi's monthly radio programme, the top Congress leader said his Tamil Nadu visit was not to tell people his ''Mann Ki Baat,'' or advise them on what they should do but to listen to them, understand their problems and help resolve them.

He also slammed the RSS, saying the parent body of the BJP cannot decide the future of Tamil Nadu and it would be determined by the state's people and its youngsters.

Taking forward his ''Tamil language and culture'' pitch to connect with the people and attack the BJP, the Congress MP said he wanted to be the soldier of the Tamil people in Delhi and reiterated that he would not allow the Saffron party to disregard Tamil culture. He reiterated that his ties with Tamil Nadu was apolitical, a family relationship and bonded by "love, affection and blood."

The Congress leader said he was in the state to help people elect a government that cannot be blackmailed by the Modi regime and which would protect interests of the common man. On Sunday too, he did not mention ally DMK's name though Tamil Nadu Congress Committee president K S Alagiri said the party was an ally of the Dravidian major and united in the fight against the BJP. Gandhi, who also addressed people from his vehicle at some places during a roadshow, accused the BJP of trying to impose one culture one and language on people and relegate Tamil to a ''second class place''.

The BJP struck at the very idea of diversity, which is the country's foundation, he alleged. "I understand, accept and respect the Tamil spirit and culture. I am not going to allow the Prime Minister and the BJP to disrespect the Tamil people no matter what," he said in his speeches in English, translated into Tamil.

Prime Minister Narendra Modi has got a ''confusion,'' and he thought that just because he can ''blackmail'' the government of Tamil Nadu, he could control the people of the state as well, he said addressing a public meeting near here.

The Congress leader alleged: "He (Modi) does not understand, only the Tamil people can decide the future of Tamil Nadu. Knickerwallahs (a colloquial reference to shorts, previous organisational uniform of RSS men) from Nagpur can never ever decide the future of the state. Does not matter how many parades (by RSS members) they have. Tamil Nadu's future will be decided by the state's youngsters."

He said he was in TN to help people elect a government that would look after the interests of the Tamil people and one that cannot be controlled or blackmailed by the Prime Minister. On the second day of his campaign today, Gandhi said he was helping the people as he owed them a debt for their love and affection. His ties with Tamil Nadu was a ''family relationship,'' he said. Attacking Modi over farm laws which he said was against the farmers who along with others like labourers formed the foundation of the nation, Gandhi said, "We will not allow Narendra Modi to destroy the foundation of India."

During his tour, he was accorded a warm welcome by party workers who played traditional music. While many presented him shawls, some showered rose petals on him. He also took a traditional Tamil Nadu meal along with weavers following an interaction. An elderly woman applied ''Vibuthi'' (sacred ash) on his forehead as a mark of blessings and several took ''selfies'' with him. The Congress leader paid floral tributes to iconic leader K Kamaraj, late chief ministers M G Ramachandran, M Karunanidhi and J Jayalalithaa.

Want A Bar At Home? You’ll Now Need License To Keep Liquor At home In UP