BJP spokesman Nabendu Bhattacharjee said that the Left Front, after raking up non-issues against the BJP government, has now "started character assassination of BJP ministers on false and non-issue matters". 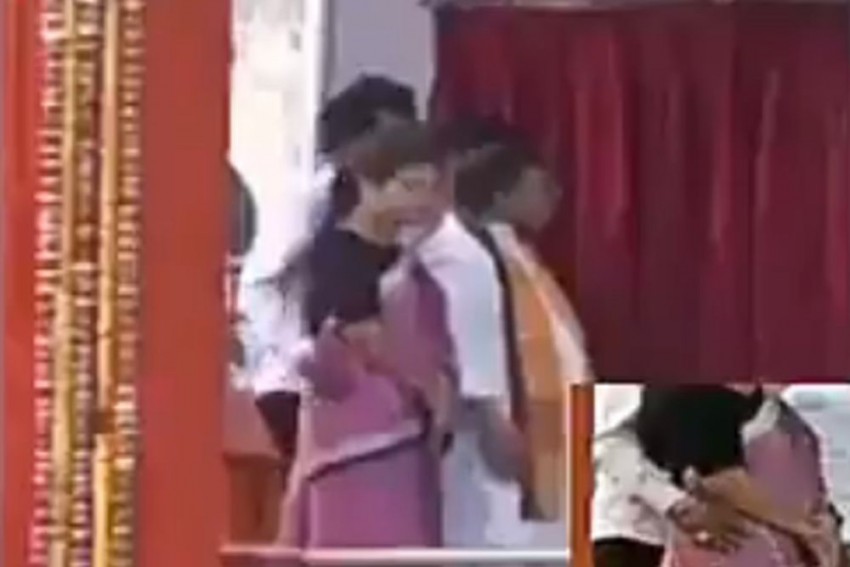 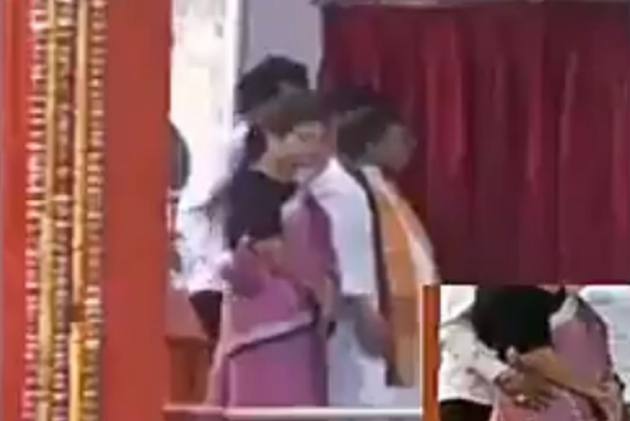 A video of a Tripura minister touching his female colleague inappropriately on the waist while he was on stage with Prime Minister Narendra Modi at a function has gone viral on the social media.

In the viral clip, the authenticity of which cannot be confirmed by Outlook, Manoj Kanti Deb of the BJP can be seen inappropriately touching the state's social welfare and social education minister Santana Chakma in an “indecent manner”.

The video has also led to outrage from opposition parties.

Demanding the sacking of the accused minister--- Minister Monoj Kanti Deb, Tripura's opposition Left Front said, "Monoj Kanti Deb must be sacked and be arrested for touching the woman minister in an extremely indecent manner on the stage from where Prime Minister Narendra Modi, Chief Minister Biplab Kumar Deb and others addressed the public gathering."

He said that it appeared publicly on various social media that Deb put his hand on the waist of Social Welfare and Social Education Minister Santana Chakma, a young tribal leader.

"The male minister has publicly harmed the modesty, sanctity and dignity of the lone woman minister of Tripura at a public platform where the Prime Minister, the Chief Minister and other important personalities were present."

Dhar, who is also a central committee member of the Communist Party of India-Marxist (CPI-M), claimed that when many young and middle-aged women are being raped, murdered and kidnapped after the BJP-led government came to power in Tripura 11 months ago, the latest incident on a public platform is "extremely reprehensible and needs punishment".

Some tribal-based parties are also trying to organise agitations soon to demand the resignation and arrest of the minister.

Contacted for his response, Deb, who holds the Food, Youth Affairs and Sports portfolios, told IANS over phone from his home town Kamalpur in northern Tripura that he has no comments on this issue.

BJP spokesman Nabendu Bhattacharjee, however, said that the Left Front, after raking up non-issues against the BJP government, has now "started character assassination of BJP ministers on false and non-issue matters".

PM Modi In Kurukshetra Today To Participate In Swachh Shakti-2019