The incident happened when the young Patidar leader, Hardik Patel, was addressing a public rally in Gujarat's Surendranagar district. 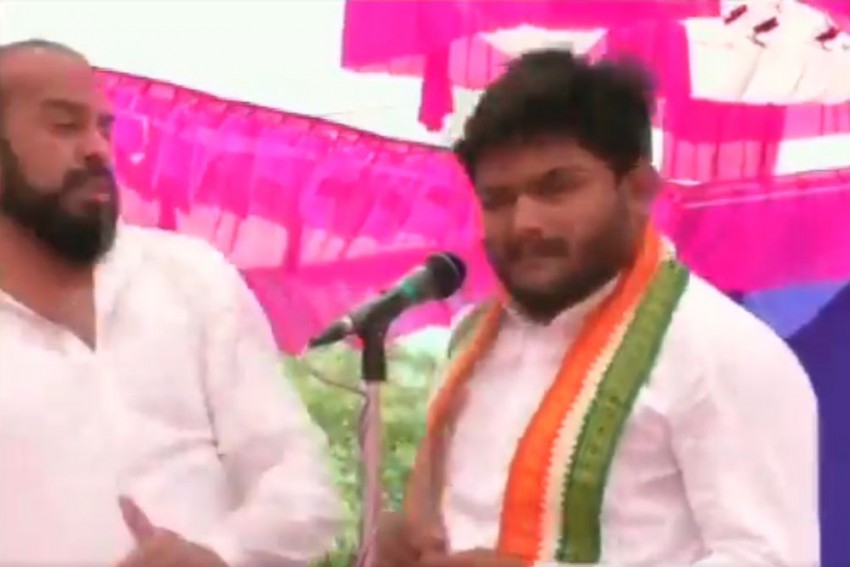 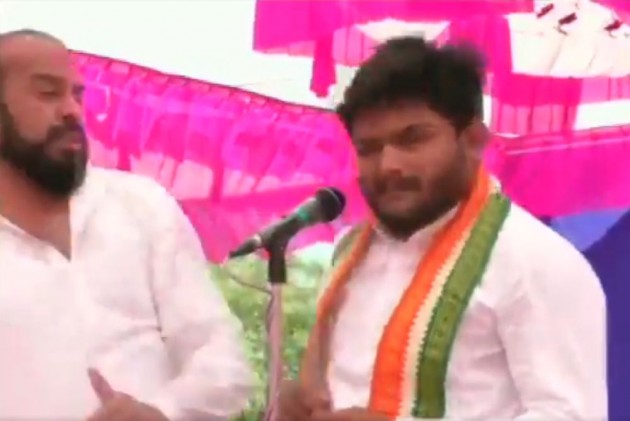 Congress leader Hardik Patel was slapped by an unidentified man while addressing a poll rally on Friday in a village in Gujarat's Surendranagar district.

The incident was captured on cameras of news channels covering the rally in the district, around 130 km from Ahmedabad.

As soon as Hardik Patel started his speech at Baldana village under Wadhwan taluka, a man suddenly came on the stage and slapped him.

The man, who looked angry and was seen saying something to Hardik Patel after slapping him, was overpowered by Congress workers, who also beat him up and took him away from the venue.

The unidentified man was later handed over to the police.

Congress candidate for the Surendranagar Lok Sabha seat, Soma Patel, was present on the dais when Hardik Patel was assaulted.

According to Surendranagar SP, Mahendra Bagadia, the man is yet to be identified.

"We are yet to investigate who the man was and why he slapped Hardik. No one has lodged a complaint with us yet. We are investigating the matter," said Bagadia.

On Thursday, Patel had to cancel his helicopter ride to Lunawada in Mahisagar district of Gujarat at the last moment after the farmer on whose field the chopper was to land did not give his nod for its use as a helipad, an official said.

Hardik Patel had to later travel by road to Lunawada, around 100km from here, to address an election rally.

The 25-year-old, who led the Patidar reservation stir in Gujarat since 2015 and joined the Congress last month, has emerged as a star campaigner for the opposition party, criss- crossing the state in a helicopter to address poll rallies.