The patient died due to toxemia (blood poisoning by toxins) on Friday, his doctor said 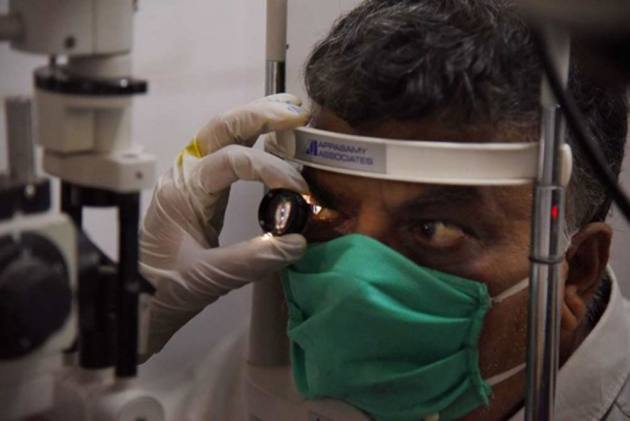 A 59-year-old Covid patient, who had been diagnosed with black, white and yellow fungal infections succumbed to the virus in Uttar Pradesh’s Ghaziabad.

"Kunwar Singh was under treatment but passed away due to toxemia (blood poisoning by toxins) at 7.30 pm on Friday," Dr. B P Tyagi, an ENT (Ear, Nose, Throat) specialist at Harsh Hospital in the city's Raj Nagar area, told PTI.

Explained: What Is Yellow Fungus Infection And How Can It Be Cured?

Singh, a lawyer by profession, was diagnosed with the three fungal infections on May 24 and he had been receiving medical treatment for the same since then.

Meanwhile, Dr Tyagi said his hospital is treating another 59-year-old man from Muradnagar who has also been diagnosed with yellow fungus infection.

"The fungus in Rajesh Kumar, a resident of Muradnagar, was detected near his brain. Half of his jaw has been removed," he said.

He too has toxemia but the level of infection is lesser than what Kunwar Singh had, the doctor said, adding the patient is on anti-fungal medication.

While black fungus also known as mucormycosis and white fungus or candidiasis were known to affect humans prior to the Covid-19 pandemic, yellow fungus infections have previously only been reported in reptiles.

And while black fungus and white fungus infections manifest themselves externally such as through swelling of the nose and eyes, yellow fungus primarily attacks the internal organs making it difficult to detect and thus more dangerous.

Ghaziabad, adjoining Delhi, in western Uttar Pradesh has recorded 432 deaths linked to Covid-19 so far and 1,957 active cases of coronavirus, according to official figures updated till Friday.