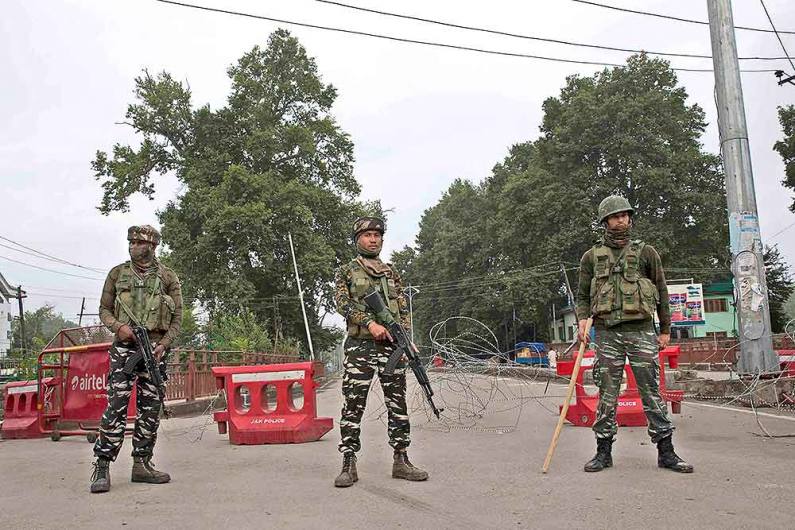 According to the police, "terrorists fired indiscriminately upon non-local labourers at Wanpoh area of Kulgam. In this terror incident, two non-locals were killed and one was injured." The police said they have cordoned off the area and started an investigation.

Terming the incident as frustrating and barbaric, BJP spokesman in Srinagar Altaf Thakur said he is shocked over yet another gruesome killing of non-locals. Thakur said that the brutal murder of non-locals is nothing but a reflection of the frustration of militants. He urged the police to punish the culprits to stop the genocide.

On Saturday Police said terrorists fired upon two non-local labourers in Srinagar and Pulwama killing both of them. The police identified them Arvind Kumar of Banka Bihar and Sagir Ahmad of UP.

On October 5 the militants shot dead prominent Kashmiri pandit Makhan Lal Bindroo at his shop. Within an hour of Bindroo’s killing, another non-local Hindu puchka seller from Bihar was shot dead in the Lal Bazar area in the city followed by the killing of a Muslim taxi driver Mohammad Shafi Lone in northern Kashmir’s Bandipora district.

The police said this year 28 civilians have been killed and seven of them are from minority communities and the rest were Muslims.