The blasts occurred at around 1.45 am on Sunday at the high security technical area of Jammu airport, officials said 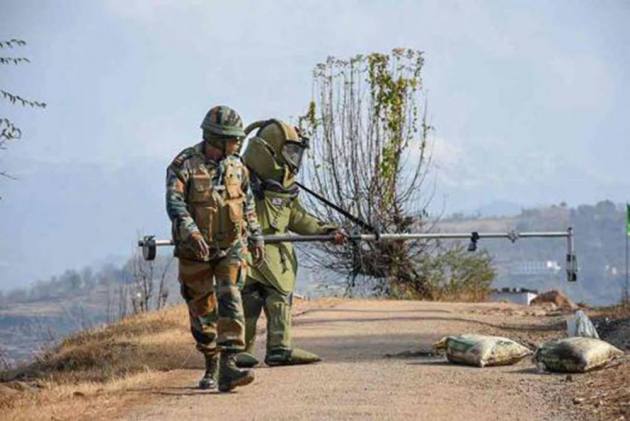 Two explosions were reported at the high security technical area of Jammu airport during the wee hours of Sunday, officials said adding that the blasts occurred within a gap of five minutes.

According to officials, the first blast damaged the roof of the building while the second one was reported on ground. The blasts occurred at about 1.45 am on Sunday, officials said.

Jammu and Kashmir Director General of Police Dilbag Singh termed the twin explosions a terror attack. The police, IAF and other agencies were investigating the attack, he said.

Earlier during the day, the Indian Air Force put out a tweet stating, “There was no damage to any equipment. Investigation is in progress along with civil agencies.”

There was no damage to any equipment. Investigation is in progress along with civil agencies.

The area is currently sealed by security forces for investigation, officials said adding that the matter is being investigated.

People familiar with the defence and security establishment told PTI all angles including the possible involvement of terror networks in the explosions are being probed. The Indian Air Force is probing the possibility of the use of drones in the incident, they added.

They said Chief of Air Staff, Air Chief Marshal RKS Bhadauria has been apprised about the explosions. The IAF chief is on a three-day visit to Bangladesh from Saturday.

A high-level meeting was underway at the Air Force station with senior police and Indian Air Force officials in attendance, sources told PTI.

Various probe teams including that of the IAF and National Investigation Agency have also reached the Air Force station.

Jammu airport is a civil airport with the runway and the ATC under the IAF.

Jammu Airport director Pravat Ranjan Beuria told PTI that there was no disruption in the flight operations due to the explosions.

“The flights to and from Jammu airport are operating as per the schedule,” he said