Bharatiya Kisan Union leader Rakesh Tikait claimed that it was due to the Delhi Police’s ‘actions’ that some antisocial elements entered the parade and caused the violence. 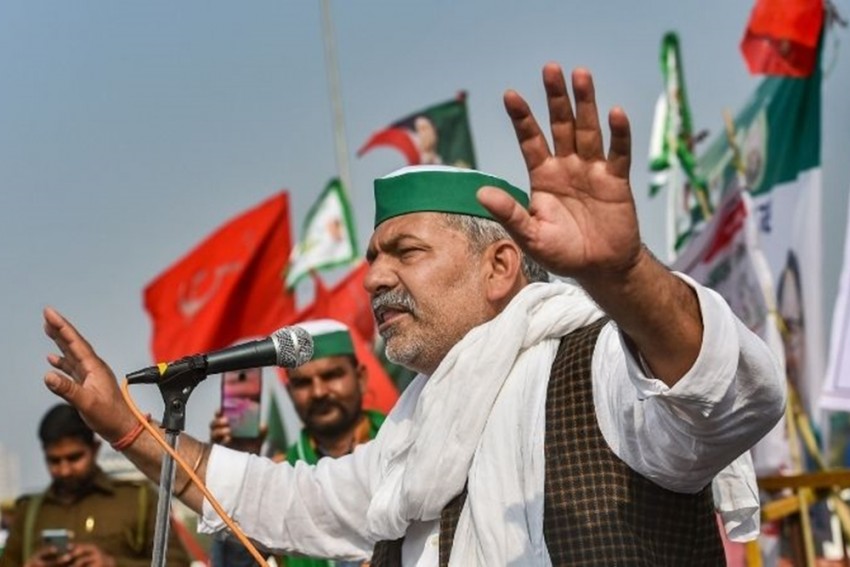 As a tractor parade by farmers protesting against three contentious farm laws turned violent, Bharatiya Kisan Union leader Rakesh Tikait said that some antisocial elements were behind it.

He claimed that it was due to the Delhi Police’s ‘actions’ that some antisocial elements entered the parade and caused the violence.

The Bharatiya Kisan Union (BKU) national spokesman in a statement also alleged that the Delhi Police had wrongly placed barricades at some places of the pre-decided routes of the parade.

"This was done intentionally to misguide farmers," Tikait said, adding that because of this, farmers on tractors went astray.

This gave antisocial elements the opportunity to enter the tractor rally, he claimed.

BKU believes in peaceful demonstration and will identify the miscreants behind the violence.

Tikait urged protesting farmers to keep themselves away from violence. The coordination committee members of the parade will look into the reasons behind the violence, he said.

Thousands of farmers, mostly from Punjab, Haryana and western Uttar Pradesh, are protesting against the Centre's new agri laws at various Delhi border points since November 28 last year and on Tuesday, they took out tractor parades in the national capital.

The administration had made adequate arrangements and senior police and civil officials interacted with farmer leaders every day, it said.