Koushani Mukherjee claimed that a part of her comment was taken out of context and put in the video by BJP's IT cell to give it a different meaning. 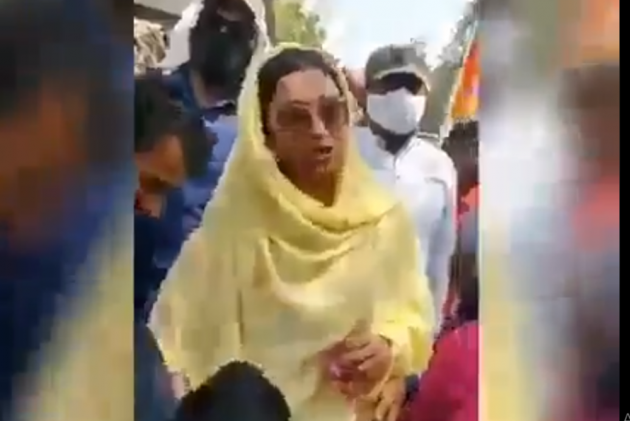 Actor-turned-Trinamool Congress contestant Koushani Mukherjee found herself in the middle of a storm on Saturday as a video with her purported comment "Please think before you cast votes, you have mother, sister at home" went viral.

Koushani, who is in the fray in Krishnagar seat and had joined Trinamool Congress two months ago, claimed that a part of her comment was taken out of context and put in the video by BJP's IT cell to give it a different meaning.

"I had sought to project the fact that Bengal is the safest state for women, unlike BJP-ruled Uttar Pradesh where women were raped in Hathras and their parents were shot at for protesting. The BJP IT cell edited the footage for cheap politics," she said in a statement.

Koushani also posted a video of what she claimed was her original comment on her Facebook page in which she is seen walking in her constituency canvassing for votes and telling voters "Think twice before voting for BJP, you have your mother and sisters at home".

She is also seen saying "In Didi's Bengal women are safe. Don't vote for BJP if you don't want Bengal to turn into another Hathras in BJP-ruled Uttar Pradesh."

Actor-turned BJP leader Rupa Bhattacharya hit out at Koushani in a post saying "The utterances of the so called actress turned politicians like you make our heads hang in shame."

"An actress should have a refined taste ... If you think that by making such an ugly comment you will endear yourself to Trinamool Congress workers, rest assured they will hate your hypocrisy from the bottom of their heart," Bhattacharya said.

Trinamool Congress minister Sashi Panja said part of Koushani's comments were kept in the edited video but not the entire footage.