Ten of the 15 Congress MLAs, led by Leader of Opposition Chandrakant Kavlekar, switched sides and joined the Bharatiya Janata Party (BJP) on Wednesday. 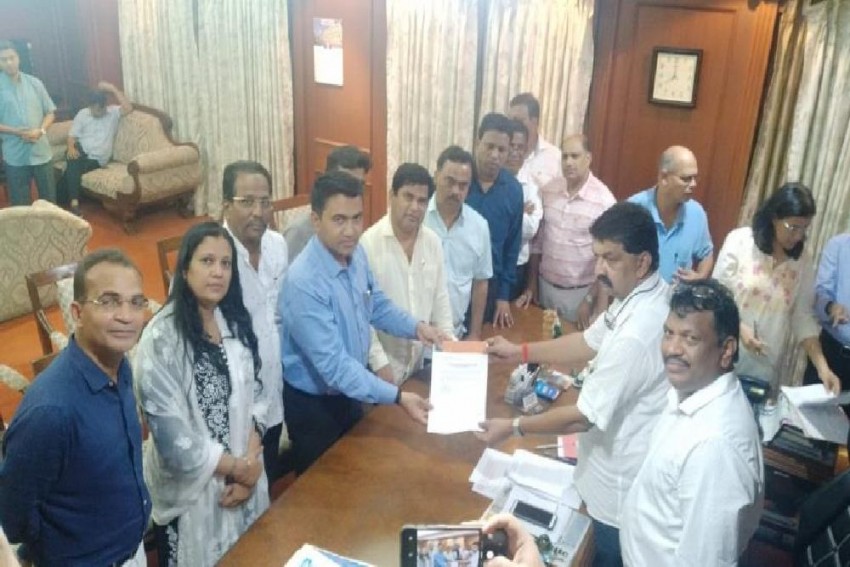 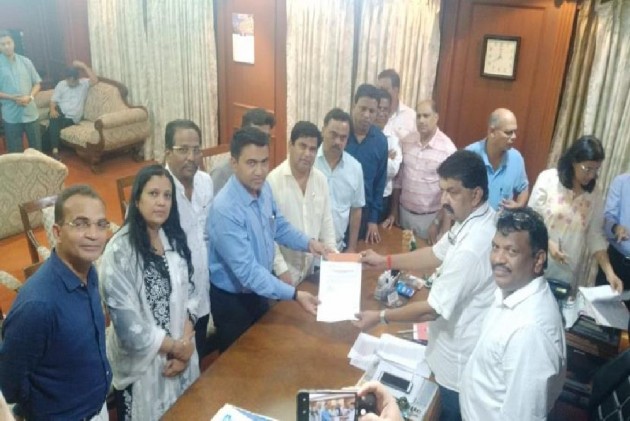 Four Goa MLAs, including three Congress rebels who joined the ruling BJP a couple of days ago, would be inducted in the state cabinet on Saturday, sources said on Friday.

Ten of the 15 Congress MLAs, led by Leader of Opposition Chandrakant Kavlekar, switched sides and joined the Bharatiya Janata Party (BJP) on Wednesday.

All the MLAs returned to Goa on Friday.

However, Sawant stayed back to attend a high-level meeting on the issue of mining in Goa, which has come to a standstill following a February 2018 Supreme Court order. The meeting will be held in the national capital on Friday evening.

Shah, who is also the Union home minister, and Union Minister of Mines Pralhad Joshi will attend the meeting.

A top BJP source said three of the 10 former Congress MLAs and Deputy Speaker of Legislative Assembly Michael Lobo would be sworn-in as ministers on Saturday.

However, he did not disclose the names of the three former Congress MLAs who would get ministerial berths.

When contacted, Lobo, a BJP MLA, confirmed that he and three other MLAs would join the Sawant-led cabinet.

Lobo was instrumental in convincing the 10 Congress lawmakers to switch sides, giving the BJP an overwhelming majority in the 40-member state Assembly, the sources said.

In order to accommodate the new MLAs in the cabinet, Sawant would be dropping four ministers, most of them from the BJP's alliance partners, the sources said.

Talking to PTI on Thursday, Sawant had said a decision on the fate of the coalition partners in the cabinet would be taken only after he returned to Goa.

However, the sources said all the three ministers of the Goa Forward Party (GFP) -- its president and Deputy Chief Minister Vijai Sardesai, Vinod Palyekar and Jayesh Salgaonkar -- were expected to be dropped, along with Independent MLA and Revenue Minister Rohan Khaunte.

The GFP, a regional party, has been with the BJP ever since the saffron outfit formed the government in the coastal state after the February, 2017 Assembly polls.

Meanwhile, Kavlekar, who returned to the state from New Delhi, told reporters at the Goa airport that he took the decision to join the BJP as his Assembly constituency had remained underdeveloped all these years.