Home  »  Website  »  National  »  'They Pelted Stones To Attack': Police Fire In Air In Assam To Enforce Lockdown At Market

'They Pelted Stones To Attack': Police Fire In Air In Assam To Enforce Lockdown At Market

The police were trying to close down a market where people had gathered in Assam's Bongaigaon district, according to an official. 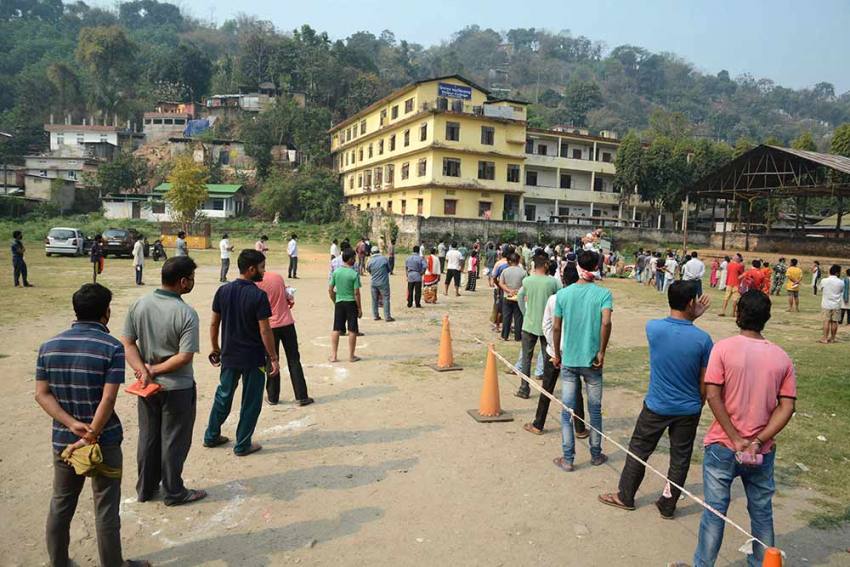 Locals maintain social distance as they stand in a queue to buy vegetables, supplied by the State Food Supply department
PTI Photo
Sadiq Naqvi 2020-03-28T12:29:21+05:30 'They Pelted Stones To Attack': Police Fire In Air In Assam To Enforce Lockdown At Market 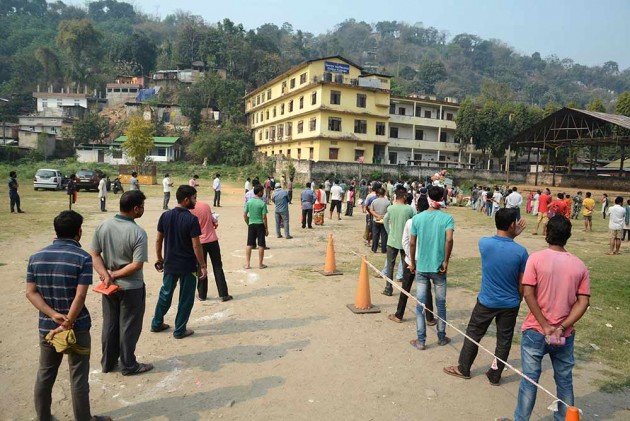 While enforcing lockdown, police personnel fired in the air at a market in Assam on Saturday morning after people pelted stones at them, the police said.

The police were trying to close down a market where people had gathered in Assam's Bongaigaon district, a senior official confirmed.

It is the second incident since Friday where locals have clashed with police in Assam. A total of 276 persons have so far been arrested in the state for defying the lockdown order.

Singha Ram Mili, the Superintendent of Police, Bongaigaon said a police party came under attack on Saturday at Boda Bazar area, which is about three kilometres from Bongaigaon town. Seven persons have also been arrested in connection with the incident.

“The police party was there asking people to close down all commercial establishment as per order. After the market was closed down, one Anwar Hussain and a few others attacked. They pelted stones to attack the police. The police had to resort to blank fire to disperse the mob which had gathered,” Mili said adding that a total of eight rounds were fired. There are no reports of injury.

On Friday, a subinspector and a constable suffered grievous injuries while several other cops suffered minor injuries when they allegedly came under attack by locals in Phalimari Bazar area of Dhubri in lower Assam. The police said they were trying to enforce a lockdown since all kinds of shops were open.

Singh said police have arrested 241 people in all for violating the lockdown. Most of them were arrested under Section 188 of the IPC and were subsequently granted bail. Singh said districts SPs have been given clear instructions to enforce the lockdown and not allow any violations.

The country is under a 21-day lockdown ending April 14 to prevent the spread of the coronavirus which has so far infected more than 800 people across India.

Assam government has ordered closure of all markets except, grocery shops and pharmacies until further orders after people thronged to the markets to buy food supplies in view of the lockdown.

'Leave Job Or Leave Home,' An Ultimatum To A Coronavirus warrior