MLA Anil Patil says he continues to be part of the NCP and is loyal to Sharad Pawar. 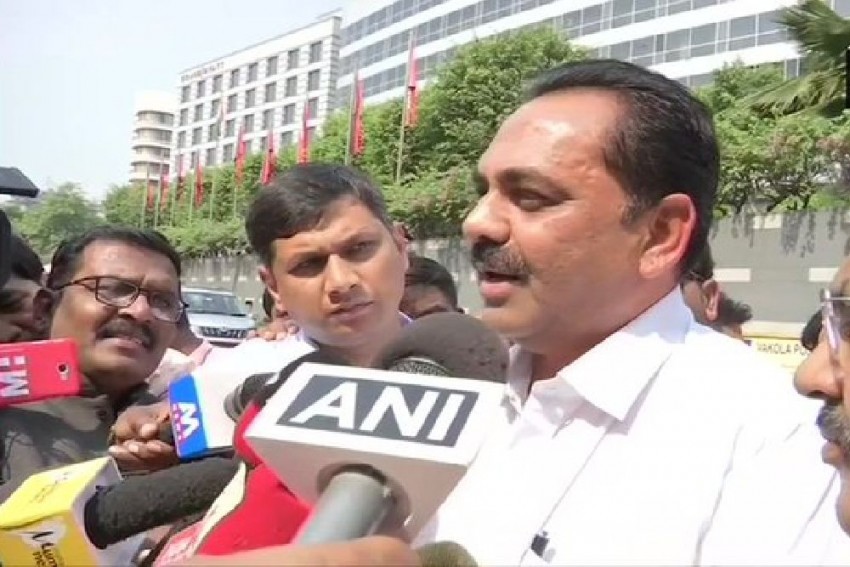 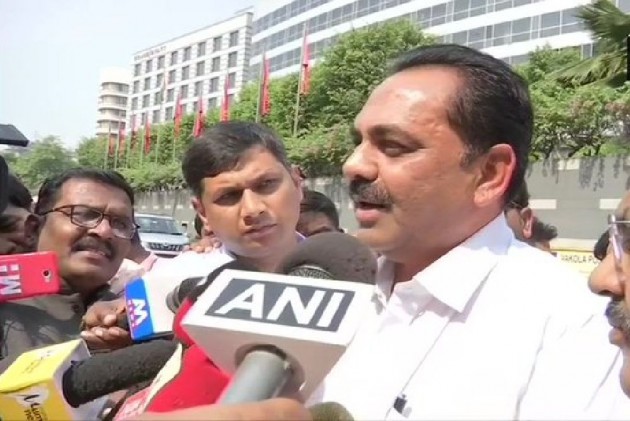 NCP MLA Anil Patil, who was reportedly missing and brought to Mumbai from Delhi NCR by party leaders on Monday, said he was surrounded by hundreds of BJP workers and police cars, which scared him.

"...I have not gone missing or was abducted. When we reached the hotel (in Delhi), at least 100-200 BJP workers were present there along with a lot of police cars and personnel in civil dress. We were scared," he told reporters in Mumbai.

He said, "We told Sharad Pawar Sahab that we want to return and stay with the party; he assured us that we will be brought back and made the necessary arrangements."

Patil also took to Twitter to say he continues to be part of the NCP and expressed faith in the leadership of Sharad Pawar after he was taken to Raj Bhavan when NCP leader Ajit Pawar declared allegiance to the BJP and was sworn in as Deputy CM.

"I wasn't aware about what was going to happen at the Raj Bhawan. I am with Sharad Pawar," Patil said in a tweet.

Patel, along with Daulat Daroda, were lodged at a hotel in Gurgaon and came back to Mumbai along with Nationalist Youth Congress president Dheeraj Sharma and Nationalist Student Congress chief Sonia Doohan on late Sunday night, according to NCP leaders.

Another lawmaker Nitin Pawar had already reached Mumbai on Sunday while NCP MLA Narhari Zirwal is currently at a safe location in Delhi, party leaders said.

They were among a group of 'rebel' NCP MLAs who were flown to Delhi on Saturday after party leader Ajit Pawar's swear-in ceremony.

In a massive turn of events, on Saturday morning, BJP''s Devendra Fadnavis took oath as the Maharashtra Chief Minister with Ajit Pawar as his deputy.

The move shocked the Congress, the NCP and the Shiv Sena, who were holding final deliberations over government formation in the state, but rattled the NCP the most due to Ajit Pawar's rebellion.

In the 288-member assembly, 145 is the magic figure. While the BJP won 105 seats on its own in the October elections that threw a hung assembly and Sena remained insistent on a 50-50 power-sharing formula leading to a snap in their alliance. While BJP leader Ravi Shankar Prasad said the party will prove its majority on the floor of the house, many in Congress are still suspecting that claim.