Allaying reports of tension between BJP and its ally AIADMK, Amit Shah gets a rousing welcome in Chennai. 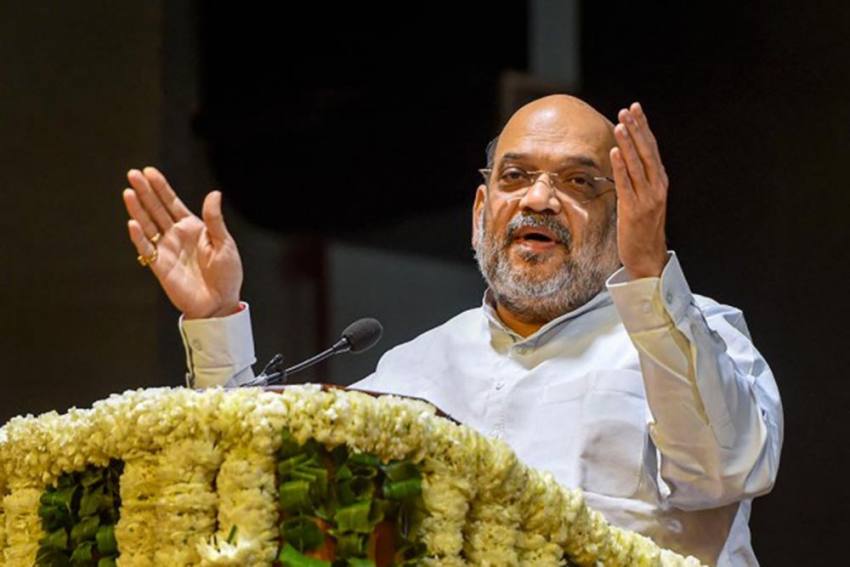 The AIADMK -BJP alliance will continue for the 2021 Assembly elections, AIADMK co-ordinatorand deputy Chief Minister O. Panneeraselvam announced as home minister Amit Shah arrived in Chennai on a two-day visit to the state.

This was iterated by chief minister Edappadi K. Palaniswami at a function in which Shah kick started a slew of projects.

Earlier, attendance at the airport was the entire state cabinet led by  Palaniswami and his deputy. Outside the airport, AIADMK cadres and flags were competing for the BJP leader’s attention along with hundreds of BJP cadres waving their party flags. The confluence of AIADMK and BJP flags sent out the signal that the recent tensions between leaders of the two parties would not come in the way of continuing their alliance for the all-important 2021 Assembly elections in the state.

At the same time, Amit Shah also let the ruling AIADMK know that his party cannot be discounted at any stage in the run-up to the elections. This was demonstrated as he stepped out of his car – en route to his hotel from the airport on Saturday afternoon – to greet enthusiastic BJP workers lined up on one side of the road and walked almost half a kilometre waving at them and reciprocating the reception.

Walking with him was the state BJP president L. Murugan, clad in a green dhoti and orange kurta but more importantly, walking barefoot. Murugan, who has been leading a ‘Vetrivel Yatra’ in honour of Lord Muruga defying the state government’s ban, and since he carries a “vel” (spear), the holy symbol of the Tamil God, has chosen to remain barefoot till the completion of the pilgrimage. 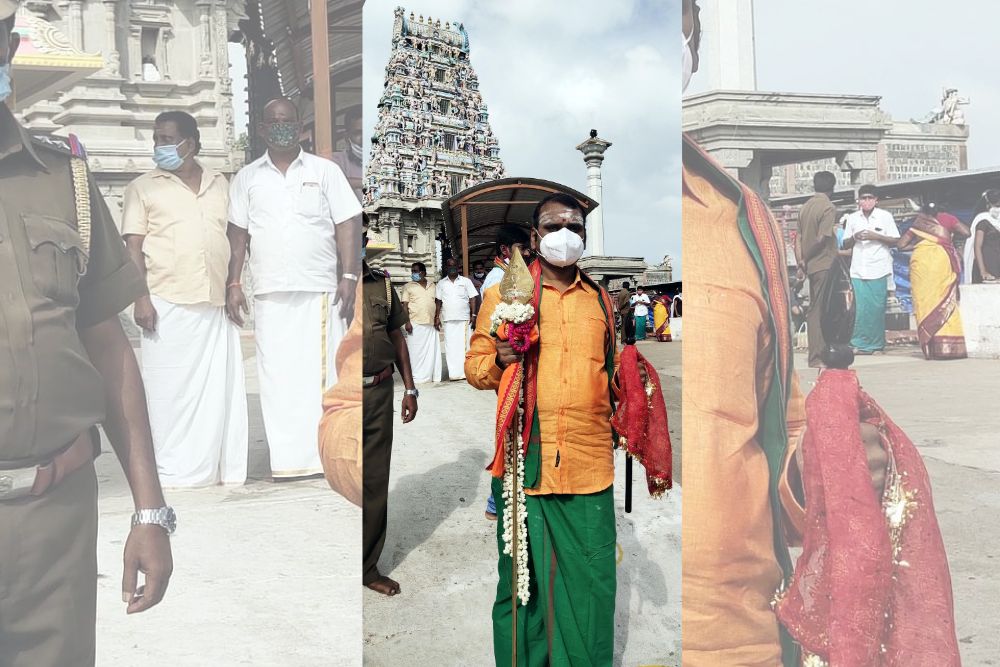 BJP state president  L. Murugan in front of a Murugan temple at Erode

By keeping the state BJP president Murugan firmly by his side, Shah also let the AIADMK know that Murugan and his ‘Vel” yatra had the blessings of the Centre and the BJP’s national leadership. Murugan had embarked upon his journey to protest against the continued demeaning of Hindu religious beliefs by the DMK and its allies and also as a riposte to the insult heaped on “Kandasashti Kavasam” a religious hymn in praise of Lord Muruga, by a rationalist group. The state BJP’s vigorous response to the diatribe is seen as an attempt to consolidate the Hindu votes in a state, where they still vote on party and caste lines.

In spite of the state police detaining the participants of the yatra, the tour by Murugan has witnessed an energetic response. On Friday, more than 1,000 women greeted Murugan as he set out from the famous Sennimalai Murugan temple in Erode town in western Tamil Nadu.

The state government has not permitted the yatra to move across the state citing Covid restrictions but that has not deterred Murugan from travelling to every major town in the state with a famous Murugan temple and stepping out with a “vel” and travel a short distance before being detained and lodged for the day in a marriage hall by the police. Murugan has said that his yatra, in its present format, would go on till December 7 when it will conclude at the famous Tiruchendur Murugan temple on the southern shore of the state.

Later in the day, Amit Shah will participate in a government function to inaugurate a water reservoir and lay the foundation stone for the next phase of Metro rail. The function will give him the opportunity to interact with Chief Minister Palaniswami and his colleagues, though it is unlikely they would be discussing the details of an alliance at this stage. The function will only send out the message that the Centre would support any developmental activities in the state and that the two governments had a smooth working relationship.

Shah would then meet his party functionaries for over three hours to get a sense of the state’s politics ahead of the election year. The purpose of Amit Shah’s visit to Chennai is to lay the ground for his party’s preparation for the Assembly election. And to show his open support to the state BJP president L. Murugan and his efforts to induct leaders and celebrities from other parties. On Saturday, former DMK MP K.P. Ramalingam joined the BJP showing that the national party is keen to wean away well known faces from the state’s Dravidian parties.