Photos of the RJD leader celebrating his birthday on a special plane has drawn flak from different quarters. 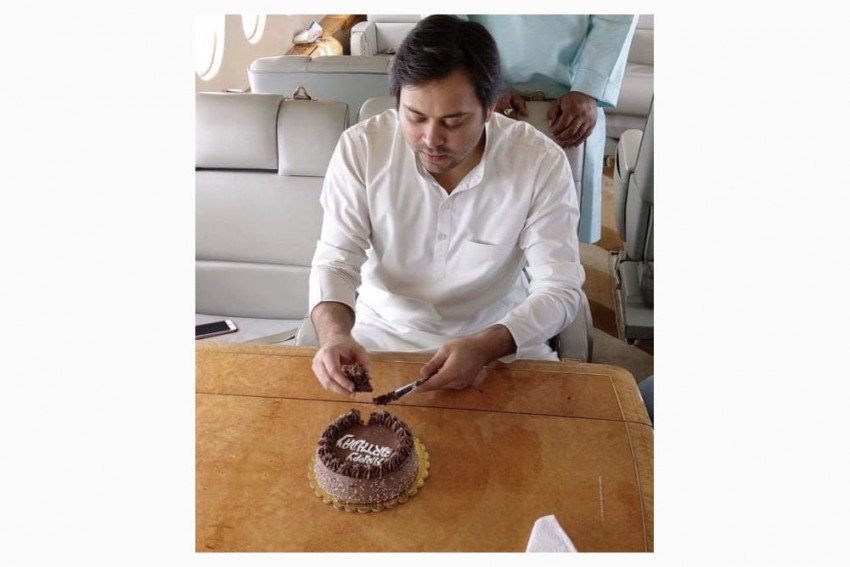 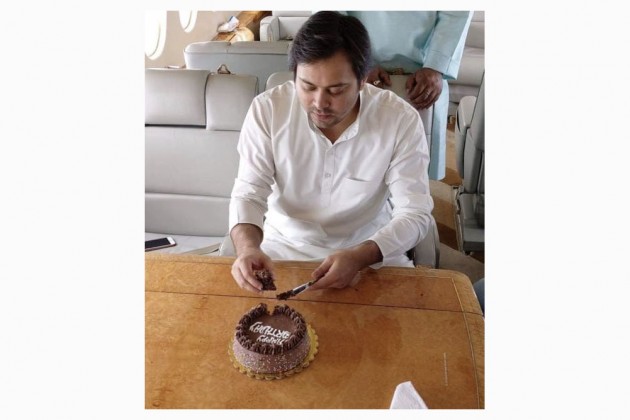 In pictures of the celebration, few of which were shared by the former deputy chief minister of Bihar himself, he was seen cutting cake on his 30th Birthday on a special flight, which has been reportedly cited as a chartered plane.

He was trolled by many Twitter users for the birthday celebrations on the plane who said it was ironical as he was considered the "leader of the poor" in Bihar. Some also criticised him for celebrating his birthday in such a way while his father Lalu Prasad Yadav was lodged in jail.

The birthday celebrations of Tejashwi Yadav, the leader of "Garib-Gurba" & leader of opposition, Bihar Assembly are being celebrated in the charter plane, feasting in an airplane at an altitude of 30000 feet above the ground !ðÂÂÂ @Swamy39 ! pic.twitter.com/EVv0s2r622

In some of the pictures, Yadav is seen with his close aides Sanjay Yadav and Mani Yadav and Lalu Yadav's associate Bhola Yadav. However, when and where these pictures were clicked is not yet known.

The RJD leader also drew criticism from the BJP, which is part of the ruling government.

BJP spokesperson Nikhil Anand was quoted by IANS as saying, "These leaders were born with silver spoons. They not only make fun of the poor, but are also the black spots in the name of a political party."

Tejashwi Yadav had on Saturday celebrated his birthday by planting 30 saplings at his 1, Polo Road bungalow in Patna. He also cut a 30-pound cake during the bash, which was attended by senior RJD functionaries.

The RJD, however, defended Tejashwi. "The Opposition parties are suffering from Tejashwiphobia after the bypolls and their blood pressure is rising. Why can't a leader who talks about the poor celebrate his birthday?" RJD spokesperson Mrityunjaya Tiwari was quoted as saying by IANS.