Sushma Swaraj will be remembered for her fiery oratory and her feisaty never-say-die spirit, writes Vani Tripathi 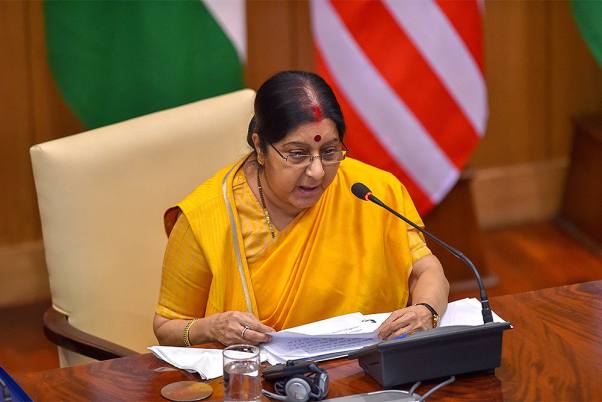 A lot will be written about the politics of Sushma Swaraj, one of the tallest leaders of the BJP. She will be remembered for her fiery oratory and her feisty never-say-die spirit. How she took on Sonia Gandhi in Bellary, and how she took charge of Delhi as Chief Minister when the party beckoned. Sushma ji will also be remembered for her stint as minister for external affairs in Narendra Modi’s first tenure where she used social media to help people in need, cutting across boundaries.

However, I will always remember her as a beautiful human being. She was more than a mother to me after she took me under her wing as I took fledgling steps into politics 16 years ago. I accompanied her for many campaigns all over the country including Madhya Pradesh, Chhattisgarh and Delhi. It is not that she was popular only among the women. Men too admired her and waited for her to make her speech. She touched everyone’s heart.

She smiled through all her troubles and problems, always saying, “this too shall pass.”

When my father passed away, she hugged me and said, “you are like Bansuri (her daughter) to me.” She just knew how to reach out to people with compassion, love and affection.

Sushma ji never let electoral victories or defeats affect her too much. She used to say politics is more than a victory or a defeat. It is about reaching out to people. And reach out, she did. From a poor person in a godforsaken village to an elite urbane one, from making an impact in UNGA to Indian Parliament, from understanding the Hindi film industry to a global leader – Sushma ji was completely at ease in all situations.

As a hugely popular leader, Sushma ji was also an excellent mentor to the youngsters in the party. She was an encyclopedia of people and recognised their strength -- knowing who exactly to reach out to for which task. Also, she always had a word of encouragement when she saw a person falter. Whenever I thought I could not go on and found the going tough, she would simply say, “today it looks difficult, tomorrow it will be easy. So, don’t give up.”

Her passing away is a great loss to the BJP, the country and personally to me.