Dr Ramanan Laxminarayan, a leading public health expert, who had initially alerted that India could see 60% of its 1.3 billion people infected with the deadly Coronavirus, has now revised his numbers to 300 million, expecting most of them to be 'extremely mild'. 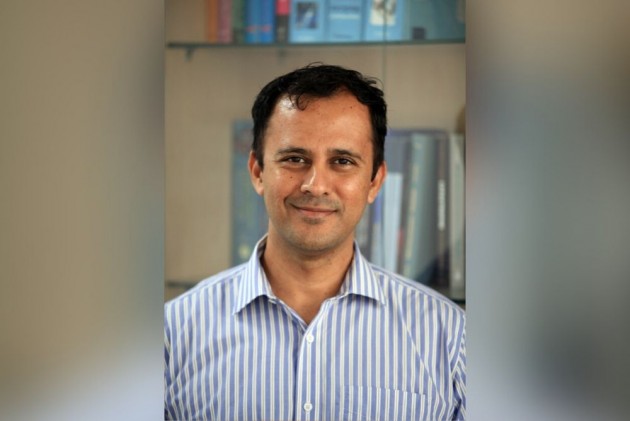 Dr Ramanan Laxminarayan, a leading public health expert, who had initially alerted that India could see 60% of its 1.3 billion people infected with the deadly Coronavirus, has now revised his numbers to 300 million, expecting most of them to be "extremely mild". He says he continues to monitor his projections and expects changes, for the country has now started taking measures to curb the spread of COVID-19.

Laxminarayan, the director of the US-based Centre for Disease Dynamics, Economics and Policy, says compared to other countries, India has acted rapidly to contain the spread of what's now popularly know as COVID-19. The Novel Coronavirus has already claimed over 14,000 lives worldwide.

In some of your previous interviews, you said that India could possibly have 300 million cases. Can you explain?

Basically, I said 300 million, if you don't do anything at all. These are moving estimates and why are they moving? Because when I said 200 to 300 million, nothing was happening, literally, there was no action at that point in time. The government was saying there is no community transmission, and we've stopped the borders. So, at that stage, that was the model. Now, when the government announced a lockdown, we have a more optimistic scenario, which takes that number further down.

So, everything is a moving target, because the situation itself is changing all the time. And of course, our knowledge about the virus is also changing. So, I don't think these can be static in any way.

Dr Bruo Aylward, Senior Advisor to the Director-General of the WHO in an interview to Time magazine, said the disappearance of COVID-19 in future is very unlikely. Your take?

Unfortunately, that seems to be the case because it is disseminated so widely. When we look at SARS and we think could that happen to COVID-19, and size doesn't get out too much. The problem we have with COVID-19 is that too many people are asymptomatic carriers or have a very low level of infection for a long period of time. And it's a sneaky disease caused by a sneaky virus. So, that's the reason why Dr Aylward believes it's not going to disappear from the planet.

We have seen how the countries have suffered and reacted to this deadly virus? How do you assess our reaction?

We have modelling estimates that are coming out today. And, to be honest, I would prefer to answer that question maybe in a couple of days. Once we have a little more testing data point, we have very little and it's possible that we are doing better than other countries; it's also possible that we're doing worse than other countries. But I think we're far enough into the epidemic that we could have gone in either direction. And it's really, really difficult to model what these situations would be like.

What do you think we are looking at a few months from now?

So, if we continue practising physical distancing; if we comply with the lockdown in the short term, we should be able to cut the peak down significantly by about 70 per cent. Even then, we will have some challenges. Because many of these cases could be in rural areas, where we don't have the capacity. We might be forced to take trains with doctors.

This will continue and there will be peaks later in the year and into next year as well. That is just the nature of the disease. But people need not worry because most cases will actually be mild. What we need to avoid is the peaks of infection because that's what overwhelms the healthcare system.

COVID-19 is not like some lethal killer. Maybe you can compare it with power surges when everyone turns on their electricity and air conditioning appliances -- all at the same time. And there is not enough capacity to take it all, leading to system breakdown.

According to Dr Aylward shutdowns actually don't stop the virus, they slow it and gives time to the governments to ramp up the health infrastructure during this crisis. What's your take on that?

Well, that certainly helps a lot. That is why all the OPDs are shut down; elective surgeries have been postponed so that we can give some breathing room to the health system. We are trying to make sure that we have enough health system capacity to deal with this outbreak. Lockdown is very helpful as they help in reducing the peak of the virus significantly. But the lockdown is difficult to enforce in our country because we are very social people. And the idea of sitting by ourselves for two weeks is just not in our nature. The second is, of course, the economic impact on a lot of people. There are daily labourers, who makeup, you know, half a billion people in our country. For example, farmers -- they can't actually just sit at home; they have to work. They don't have the luxury of being in lockdown. So, this is the other challenge -- in terms of hunger and nutrition.

Let's talk about countries such as South Korea and China, where the virus is not as intense as it was. Could we expect a second wave of infection there?

They will probably control it. And they probably have very strong surveillance to look for it. So, they will actually be paying very close attention to it. But Hong Kong, for instance, they started seeing an increase in cases just a few days ago, after having initially controlled. It is a new thing that eventually everyone will be infected and then recover.

And once we all have infected and recovered, we all will have the immunity to the virus going forward. But until happens, we are going to have repeat optics of this unless we pay very close attention to it. So, this is the difference between HIV and something like this, where the transmission is easier to stop. This transmission is just from person to person from being close to each other. How can you actually stop that in the long term? It's just impossible. So, I think we need to be very vigilant about it.

Are you saying there is no probability of the second wave of infections in these countries?

Well, I'm not saying that. There will be a second wave only if they're not vigilant. If they stamp it out every time, there will be a likelihood of the second wave, and in any case, the infection will continue. What we're aiming for around the world is how we control the spread or to slow it down so as to take care of those who are infected. What we don't want is this big avalanche or tsunami of everything coming at one time. That's what we're trying to avoid.

Are you satisfied with the pace of the steps taken by the Indian governments?

The government can't come and put a wall between you and your neighbour, you have to actually do that. So, there is little the government can actually do unless the citizens also comply. So I think there's a lot of individual responsibility here because there is effectively no other method to stop transmission. This is not like an HIV programme, where you could hand out condoms and stop the epidemic there is nothing the government can do apart from educating people and telling them important things.

Microbiological Society of India has written a letter to Prime Minister Modi suggesting that lockdown should be extended in order to break the transmission cycle. So according to you, what could be the duration of lockdown?

So, basically, a two-week lockdown is the minimum and a three-week lockdown is ideal. But now don't only focus on the duration of lockdown. It's also a question of compliance with physical distancing. If we all comply for three weeks, we can do something about it. And on the other hand, even a two-month lockdown is not going to be enough if we don't comply. So, it is not just a lockdown period that we should be focusing on, in fact, it’s the degree of compliance that matters a lot. You don't have to scare people into wearing gloves. But just keeping it simple is actually important.

Indian Council of Medical Research (ICMR) recommends hydroxychloroquine for a high-risk population. And even Trump has asked the FDA to look into the malarial drugs to treat COVID-19. Do you think these drugs could help?

I would point you to Dr Anthony Fauci, who is probably the best infectious disease researcher at the National Institute of Allergy and Infectious Disease, USA, and he has said on record there is no evidence that these drugs help. He added it's up to every country to determine what works well for them, but from a global scientific standpoint, I would point you to what he is saying and what WHO is saying because they have reviewed the evidence in conclusion.

In India, there is no clarity about the stage of pandemic. So many are saying that we are at stage two, others say we have entered the third...

What are your suggestions to the government and people to contain this pandemic effectively?

I think the message for government is that we need to balance how we're controlling the epidemic on which they're taking very good measures with the need to help people with livelihoods because, you know, having people out of work for two to three weeks or a month is going to be a challenge. For people. my advice is to take this seriously because you're doing this not just for yourself, but for the entire country. And this is literally the only thing that is being asked to people -- just stay home. Don't transmit. And I think we should really take that seriously.