While six migrant workers on way to Bihar were run over by a speeding bus near Muzaffarnagar in Uttar Pradesh, another eight migrant labourers died after the truck they were travelling in collided with a bus in Funa, Madhya Pradesh. 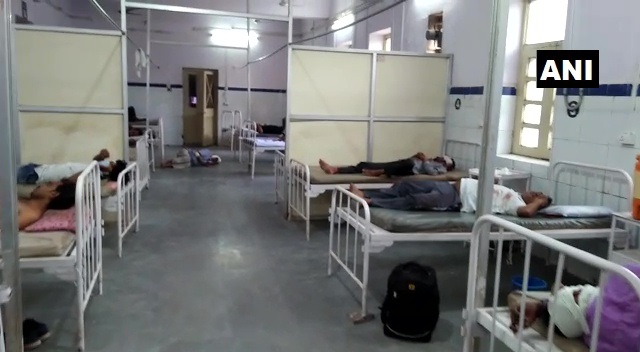 Six migrant workers have been killed and five others seriously injured when a speeding bus ran over them on the Delhi-Saharanpur Highway near Muzaffarnagar, officials said on Thursday.

The accident occurred near Ghalauli check-post.

Migrant Worker Delivers Baby On Road, Walks Another 150 KM To Get Help

The accused driver, who was suspected to be under the influence of alcohol, has been arrested, said SSP Abhishek Yadav.

The workers were going on foot to their homes in Bihar from Haryana when they were hit on the Delhi-Saharanpur Highway between Ghalili Check Post and Rohana Toll Plaza, about 20 km from here late last night, the official said.

Two of the deceased were identified as Bijender, 25,  and Harsh, 20. The rest were yet to be identified.

At least 8 migrant labourers died and around 50 received injuries after the truck they were travelling in collided with a bus in Funa, Madhya Pradesh on Thursday around 3 a.m.

The injured persons are undergoing treatment at the district hospital. The incident occurred in Cantt PS area of Guna.

Those who died in the incident were going to their native places in Uttar Pradesh from Maharashtra.

Ever since the lockdown began, dozens of migrant workers have died on way to their home.

Last week, 16 migrants were killed after a train ran over them while they were sleeping on the tracks in Maharashtra's Aurangabad.