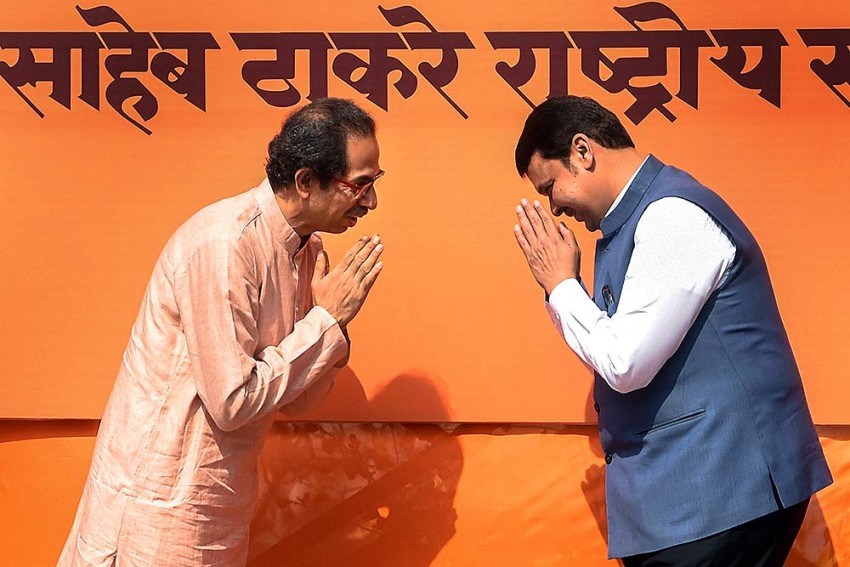 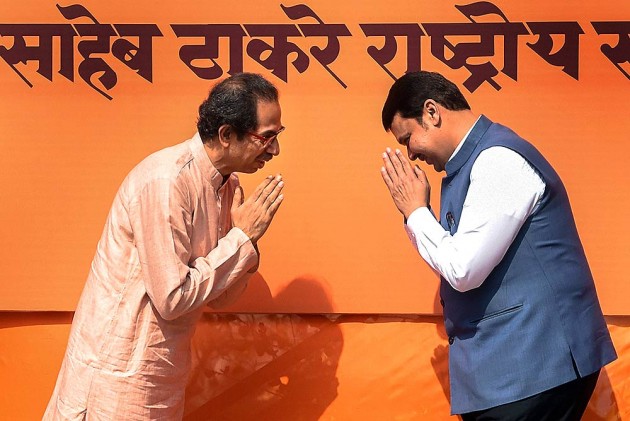 If politics is all about grabbing opportunities where none exists, the Shiv Sena appears to have played its cards well in Maharashtra. Even though it won only 56 seats in the recent elections to the 288-member assembly, it fancies its chances of taking over the reins of the state government for a minimum of two-and-a-half years.

Call it sheer opportunism or politics devoid of any scruples but the Sena has found it an opportune moment to wrest back its primary position within its alliance with the BJP, which had slipped out of its hands after the 2014 assembly polls. Its refusal to roll back its demand so far for a 50:50 formula for power-sharing in the new government, including chief ministership, may have thrown Maharashtra into a political turmoil but it underlines its well thought-out strategy for staying relevant in state politics as a regional power rather than  further relegating itself to the sidelines in the next five years.

Also Read | It's A Local Call: Lessons From Maharashtra And Haryana State Elections

The Sena, for the record, had always played the big brother in its alliance until 2014 when the Narendra Modi wave in the general elections powered the BJP to assert its position in the state. A dispute over seat-sharing ahead of the assembly polls in the same year saw the two oldest allies in the NDA part ways. A fractured verdict in the state elections where BJP emerged as the single largest party later paved the way for the Sena, willy-nilly, to restore ties with the BJP with curtailed powers. In the past five years, the BJP government headed by Devendra Fadnavis kept all the important ministries with itself, forcing the Sena to play the second fiddle. With the return of the Modi government with a brute majority in the 2019 Lok Sabha polls as well, it became evident that the BJP would like to retain its primary position in the state.

The Sena, therefore, could hardly do anything when it was given only 124 seats to contest in this assembly election, while the BJP kept the rest of 164 seats for itself and other smaller allies. Sena chief  Uddhav Thackeray tried his best to press for an equal division of the seats but to no avail. A sulking Sena then entered into the poll fray with a major grievance against its now-senior ally. It was clear from the day one that it was not at all happy over the turn of events and was probably biding its time to get even with the BJP.

The mandate in this election galvanised the Sena into action sooner than one would have expected. Even though their alliance won the polls with a comfortable majority of 161 seats, it provided the Sena an opportunity to re-assert an equal status within the coalition as well as in the new government, despite the fact that its number of seats (56) was nearly half of the seats (105) won by BJP.

Also Read | Maharashtra, Haryana Elections Indicate Regional Parties Are Back In The Game

The party thereafter lost no time to ask BJP to honour a 50:50 formula in power-sharing, claiming that both the allies had mutually agreed upon to do so during their interaction before the parliamentary polls. The BJP, however, refused to accede to Sena's demands, saying no such promise had been made. It was initially presumed that Sena’s posturing was merely aimed at grabbing key portfolios such as Home and Finance but as the days progressed propelling Maharashtra to the brink of the central rule, the party refused to reconsider its stand.

The Sena apparently thinks that it is a now-or-never chance of the party. It may be under the impression that another uninterrupted five-year tenure of Fadnavis as the chief minister will further consolidate the BJP’s position at its cost. With the victory of Aaditya Thackeray – the first from the famous Thackeray clan to contest a poll - from Worli seat with a big margin, it does not want to let go of even the foggiest chance to share the power with BJP on equal terms.

The party is also apparently under an impression that BJP cannot form a government without its support and will need the support of its principal adversaries, the NCP or the NCP-Congress alliance, to prove its majority. It may have its reasons to believe that if need be, the NCP-Congress combine may ultimately prefer to support the Sena in order to keep the BJP out of power because of their equations at the central level.

As of now, the Sena appears to be waiting for the Governor’s invitation to the BJP, the largest party, to prove its majority on the floor of the House. If BJP declines to accept it, the Sena might stake claim to form the government by virtue of being the second largest party. It apparently hopes that the NCP and the Congress might support it from outside and help it form a non-BJP government instead of forcing another election on the state after six months of presidential rule. It is this possibility, which may well have prompted the Sena to go for the kill.