BJP partner Shiv Sena seeks bigger role in the government. Who will blink first in this battle of attrition? 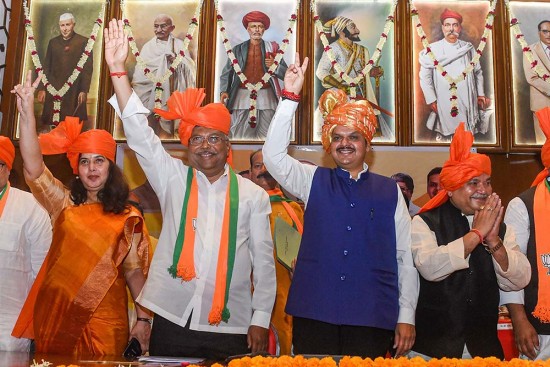 It’s an impasse only a few would have foreseen when it became clear on October 24 that Maharashtra’s mandate, though not exa­ctly overwhelming, was in favour of the ruling alliance of BJP and Shiv Sena. The BJP would have bel­ieved that the stage was set for the return of chief minister Devendra Fadnavis for his second consecutive term after a five-year tenure, a distinction none of his predecessors since Vasantrao Naik (1963-75) could boast of.  The saffron brigade bagged a majority in the 288-member assembly with the BJP and the Sena winning 105 and 56 seats respectively. And yet, even a week after the results, Fadnavis’s swearing-in has been put on hold amid a piquant political situation arising out of an unexpected spanner in their coalition wheel.

Read | It's A Local Call: Lessons From Maharashtra And Haryana State Elections