Battered in the Lok Sabha elections, Maharashtra and Haryana results have come as a morale booster for regional parties. 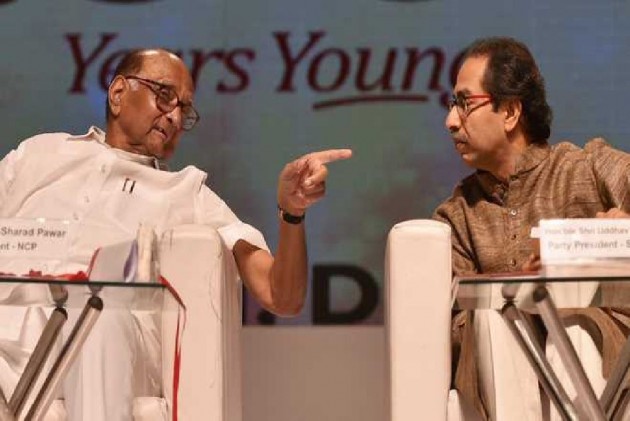 The political crisis in Maharashtra looks like a never-ending saga. The three-decade-old ties between the Bharatiya Janata Party (BJP) and Shiv Sena have been under strain ever since the Assembly election results were declared on October 24.

At the Centre of the impasse are the two regional powers Shiv Sena and Nationalist Congress Party (NCP), who are calling the shots in the crucial government formation. The BJP and Shiv Sena are engaged in a bitter battle over the latter's demand for the implementation of a 50:50 deal, which entails rotation of the chief minister's post. The BJP won 105 seats, Shiv Sena 56, NCP 54 and the Congress 44 seats in the state elections.

The squabble over power-sharing between the two parties shows no sign of abating. It reminds one of the heydays of the regional parties when they held the crucial role of forming or scuttling a government at the Centre or state level.

However, the fractured mandate, barely six months after the emphatic victory of Prime Minister Narendra Modi in Lok Sabha elections, signals a resurgence of regional heavyweights. Political observers say the results have given a new lease of life to regional parties who were battered in the 2019 polls.

Even as the deadline for the government formation on November 9 approaches, Shiv Sena is adamant on its demand. Party’s Lok Sabha leader Vinayak Raut tells Outlook the ball is in BJP’s court as the Sena has made enough compromises when the seat-sharing formula for Assembly elections was discussed.

“A decision has to be taken by the BJP high command now. BJP agreed to the demands of JJP in Haryana, why not in Maharashtra? They have to sit and talk,” says Raut, adding the proposal to form the government was decided by the chiefs of the two parties before the Lok Sabha elections and it has to be agreed upon.

If the Shiv Sena is holding the BJP to ransom in Maharashtra, the saffron party managed to retain power in Haryana with the help of another regional upstart Jannayak Janata Party (JJP), after failing to reach the half-way mark in the Assembly polls.

The results also underline the trend that national elections and state elections are fought differently, the leaders say. It also demonstrates that while the growth of the regional parties continues to be a debatable topic in every election, its impact in India’s political landscape is indisputable.

Another regional player in the fray – NCP - led by Maratha strongman Sharad Pawar, is also flexing muscles in the current crisis. With 54 seats, NCP has an upper hand over its ally, Congress. Though Pawar is upping the ante with his meetings with Shiv Sena leaders, Congress’ reluctance to support Sena comes as a dampener for Maratha party’s supporters in the camp.

NCP leader Nawab Malik says his party’s mandate is to sit in the opposition but will chip in if the BJP-Shiv Sena combine fails to form a government. “We received a mandate to sit in the opposition and we are not going to form any government now. We will think of an alternative if BJP-Sena alliance fails to prove their majority or question of presidential rule arises,” Malik says. Nawab adds that only the regional parties can reflect the true aspiration of the state.

The question is whether the regional parties can revive the lost glory of 1984-2014, where they played a significant role in the governments at both state and Central level. However, analysts feel it’s too early to say there is a clear trend indicating the resurgence of regional players.

“The results have definitely given a new lease of life to regional parties. But it’s too early to assume they are emerging as kingmakers,” says Sanjay Kumar, political analyst, Centre for the Study of Developing Societies (CSDS).

Kumar would prefer to wait for the results of the upcoming elections in Jharkhand and Delhi for a better picture.

“I will wait for the verdict in Jharkhand and Delhi to get a bigger narrative,” says Kumar.

His words ring true for at least Dushyant Chautala’s JJP, which drew a blank in Haryana in 2019 Lok Sabha elections. The young Jat leader has grabbed eyeballs as his fledgeling party sprung a surprise by winning 10 seats in the Assembly election. Chautala, the great-grandson of Chaudhary Devi Lal, says he chose to support the BJP over Congress to ensure a stable government.

“I remember my great grandfather Devilalji saying that regional parties are the original political parties. I feel that only regional parties can talk about real issues of the state. Every state has different problems. What concerns Haryana may not be of importance to Assam and vice versa. We have seen in the 1980s and 90s how regional parties stood firm and it’s happening now also,” Chautala tells Outlook.

He says the Lok Sabha and Assembly elections are fought on different issues and state elections are dominated by local concerns. “In the Lok Sabha elections, it was Modi versus Rahul and people voted for Modi. When it came to local issues, the voters chose their own candidate. That’s why we got scattered results,” he says.

As the battle lines are drawn in the Jharkhand Assembly elections, one of the major regional parties, Jharkhand Mukti Morcha (JMM), is hoping for a comeback at the hustings. Elections in the state will be held in five phases beginning November 30. Though the grand alliance of opposition parties, led by the Congress and the JMM, failed to make an impact in the Lok Sabha elections, former chief minister and JMM leader Hemant Soren says the BJP will bite the dust this time.

Soren claims though the BJP managed to win the Lok Sabha polls with its hyper-nationalism plank, issues such as tribal unrest and land acquisition will be the focus this time. “Regional parties always played a very important role in state politics. If you look at states like Odisha, Bengal or many other states, it’s the regional parties which hold the fort,” says Soren.

In Delhi, which goes to polls early next year, the BJP may face a tough challenge from the ruling Aam Admi Party (AAP), which projects itself as an alternative to mainstream politics. The incumbent government, led by Arvind Kejriwal, may win the heart of the Delhi with its welfare schemes and freebies, say analysts.

“In Maharashtra and Haryana, BJP was pushing the national narrative. Voters are concerned about basic amenities. When voter talks about the construction of roads, they talk about Ram Mandir,” says AAP spokesperson Saurabh Bharadwaj.