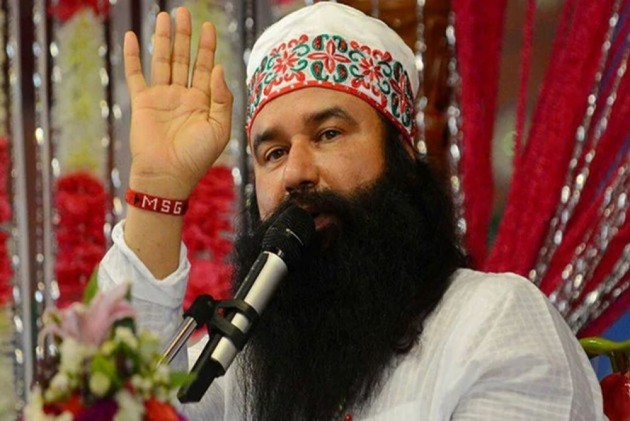 Security was heightened in parts of Haryana and Punjab ahead of the sentencing of convicted Dera Sacha Sauda sect chief Gurmeet Ram Rahim Singh and his three close aides by a special CBI court on Thursday.

The Central Bureau of Investigation court in Panchkula, Haryana, will announce the quantum of punishment to Ram Rahim, former sect manager Krishan Lal along with carpenters Kuldeep and Nirmal, who were convicted on January 11 for conspiring to murder journalist Ram Chander Chhatrapati.

Haryana: Security tightened in Panchkula ahead of pronouncement of sentence of Gurmeet Ram Rahim Singh and three others in Journalist Ramchandra Chhatarpati murder case. pic.twitter.com/YtiBCuUEUd

The sentencing will be announced by Judge Jagdeep Singh.

Strict vigil is being kept near the court complex in Sector 1 of Panchkula, adjoining Chandigarh.

Security has also been tightened in Haryana's Sirsa town, around 260 km from here, where the sect's headquarteris located.

The Punjab Police has also taken preventive security measures in the neighbouring state as the sect has lakhs of followers in Bathinda, Mansa and Sangrur.

The court on Wednesday allowed authorities in Haryana to produce the disgraced sect chief and three others before it through video-conferencing for their sentencing.

Chhatrapati, who edited a newspaper in Sirsa, was shot five times on October 24, 2002. He died later that year on November 21 in a hospital in New Delhi.