Since the school kids of Gudalur region scour hillsides where mobile signals are strong enough. A few days back when a group of students were busy viewing online classes from a forested hill top, a wild elephant marched past them, scaring them away. 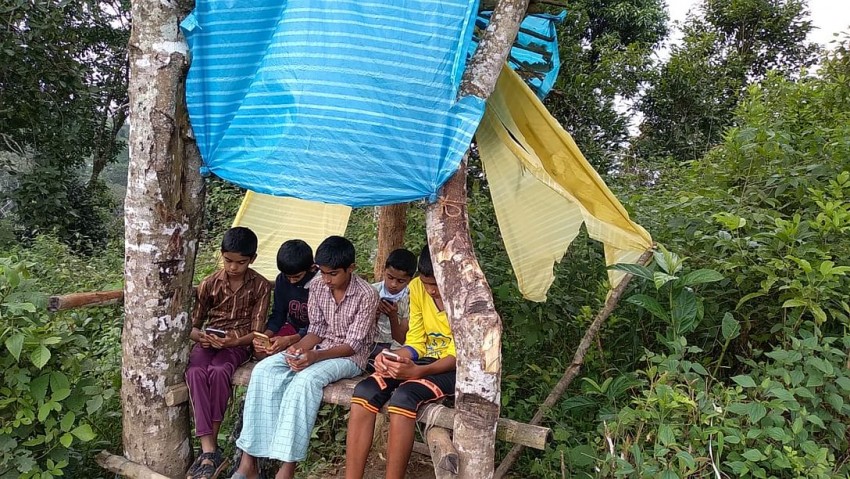 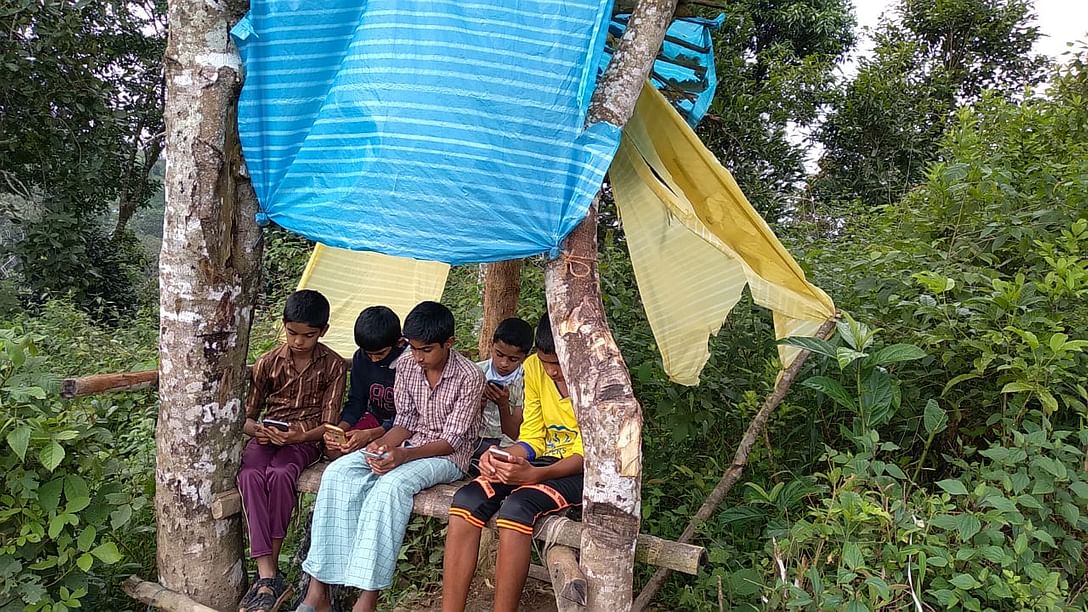 Learning lessons always used to be a tough call for students of remote hilly regions of Gudalur due to the long commute through difficult terrain and inclement weather to their schools. Even learning through online classes during the corona times is proving to be  no less taxing as the school kids of Gudalur region in Tamil Nadu’s Nilgiris district have discovered during the lockdown.

“Our biggest challenge is to get adequately strong mobile signals in this hilly terrain. The only working BSNL tower near my village Ovelli operates for a few hours a day as it is solar powered. The other BSNL tower at Sandanamlai is non-functional and in spite of repeated complaints, it is not being fixed. So we have to scour the hillside where mobile signals are strong enough to view the online classes,” said Mohan, a class nine student of a government school. Most students who study in government schools are children of tea estate workers.

A few days back, as a group of students were busy viewing the online classes from a forested hill top, they were surprised by a wild elephant that marched past them. Shaken by the experience they stayed away from the area. Only after the local forest guard assured that the animal had moved away did they return to the spot. Even then they mounted one student on ‘animal watch’ while others viewed the lessons.

Since only BSNL service is available in their region, they have to depend on its sluggish 3G network. The search for a strong signal and the long wait for downloads also drain the batteries in their phones. “Since nearly fifty villages in the Ovelli area depend on a single tower, the network gets clogged. While voice calls go through, it is those dependent on data who suffer. And students especially find the long wait frustrating. The authorities must urgently address the problems and ensure the network coverage and download speed are improved immediately,” said social activist Sahadevan of Gudalur town.

Now that the state government plans to telecast classes for students of government schools on popular TV channels, the government should ensure that every home has a TV and there are no power cuts, he added. According to an educational officer, at least one community television in the local offices of the Village Administrative Officer would be devoted to these online classes. “Once we have the schedule we would publicise it through TV channels and SMS,” he said.