The apex court, which was hearing pleas against the National Green Tribunal's ban on spraying of disinfectants and pesticides in aircraft, had earlier said that it was not in favour of a blanket restriction and may allow it on some routes where mosquito problem was prevalent after the committee submits its report. 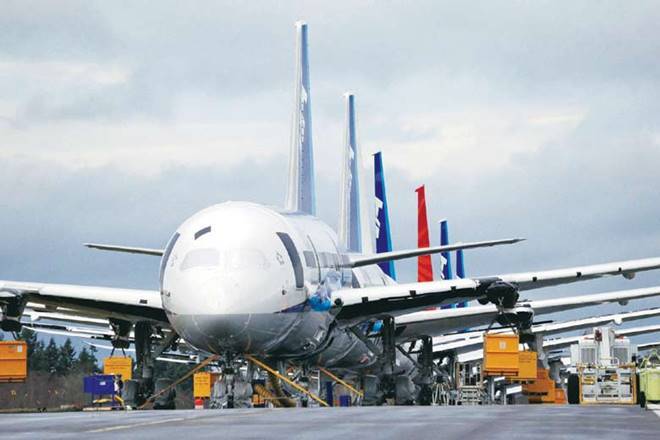 The Supreme Court, on Wednesday, has ordered the Centre to submit the expert committee report  regarding the safety concerns of spraying insecticides or fumigation toget rid off mosquitoes in aircraft.

The order was passed by a bench headed by Justice D Y Chandrachud.

The Additional Solicitor General Aishwarya Bhati informed that owing  to the outbreak of the COVID-19 pandemic, the expert committee which was to submit its report in pursuance of the November 29, 2019 and February 7, 2020 orders could not complete its work.

"Additional Solicitor General has sought two months' time to complete the exercise.The proceedings shall now be listed on September 7, 2021. The Union of India shall apprise the Court of the report of the Expert Committee in the meantime," the bench, also comprising Justice M R Shah, said.

The apex court, which was hearing pleas against the National Green Tribunal's ban on spraying of disinfectants and pesticides in aircraft, had earlier said that it was not in favour of a blanket restriction and may allow it on some routes where mosquito problem was prevalent after the committee submits its report.

The ministry of health and family welfare had told the top court that spraying of disinfectants was not harmful and it was in accordance with guidelines of World Health Organisation.

The apex court had directed the expert committee to enquire into all relevant aspects bearing upon the need for disinsection of aircraft as a measure designed to control the spread of vector borne diseases.

“The committee shall look, if any, for disinsection of aircraft. The recommendations made by WHO and the best practices followed internationally. The impact of disinsection on the health and safety of passengers and crew.

“If disinsection is necessary, the modalities to be followed for disinfection and the steps which are required to be taken to ensure that adequate safeguards are observed to protect the health and safety of passengers and crew who may be exposed to disinsection, if disinfection is required, “ the apex court had said.

The green tribunal had initiated proceedings on an e-mail written by a US-based neurologist Dr Jai Kumar.

Kumar had contended that spraying of pesticides on planes with chemicals like phenothrin, an organo-phosphorus neurotoxin, was injurious to human health as their use carries risk of causing cancer and auto-immune diseases like lupus, Parkinson's disease and memory loss.

He had claimed that while all other airlines have stopped spraying of pesticides, this practice is prevalent in Indian airlines.

Indigo Airlines, which has moved the apex court after NGT refused to accept its several pleas for fumigation of aircraft, has contended that the airports which are most affected by mosquito problems are -- Kolkata, Patna, Lucknow, Delhi, Guwahati, Raipur, Ahmedabad, Chennai, Jaipur, Pune, Bengaluru, Dehradun and Bhubaneswar.

It had said due to blanket ban the airlines were not able to take any step for protection and safety of passengers, particularly in the monsoon season
when dengue and malaria cases are on rise.

It was stated that the airline has already received numerous complaints from flyers, some of whom have even filed cases against the company in the consumer fora.