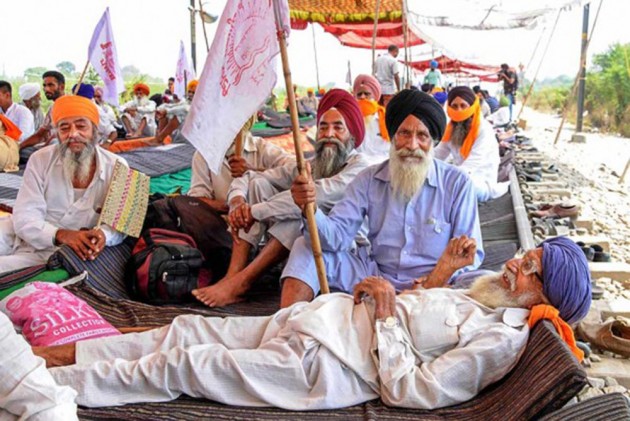 The Shiromani Akali Dal (SAD) on Thursday took out three separate farmer marches from the three religious Takhts in Punjab to Chandigarh protesting against the new farm laws.
SAD chief Sukhbir Singh Badal is leading one of the marches from Akal Takht in Amritsar while his wife and former union minister Harsimrat Kaur Badal is leading another procession which commenced from Takht Damdama Sahib at Talwandi Sabo in Bathinda. The third procession is being led by senior Akali leaders Prem Singh Chandumajra and Daljit Singh Cheema from Takht Keshgarh Sahib in Anandpur Sahib.

The processions from the three Sikh Takhts will reach Chandigarh later today where the SAD leadership will hand over a memorandum against the farm laws to Punjab Governor V P Singh Badnore. Addressing the media in Amritsar, Sukhbir Singh Badal said his party demands a rollback of the farm bills and that the farming community was against the “black laws”.

These kisan marches organised by the SAD, are being seen as an indication of the party's show of strength, just days after the Akali Dal quit National Democratic Alliance over the farm bills. On September 17, Harsimrat Kaur Badal had quit the Union Cabinet after the SAD chief had strongly opposed the bills in Lok Sabha, claiming the legislations will "destroy" the agriculture sector in Punjab.