The rebels flew to Bengaluru in two batches by two chartered aircrafts from New Delhi and Bhopal, and landed at the state-run HAL airport in the city's eastern suburb on Monday morning and late evening. 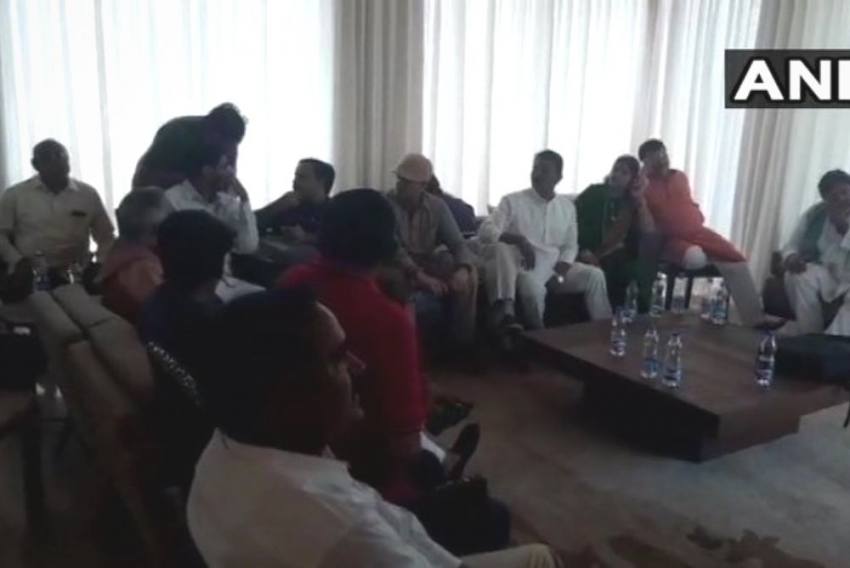 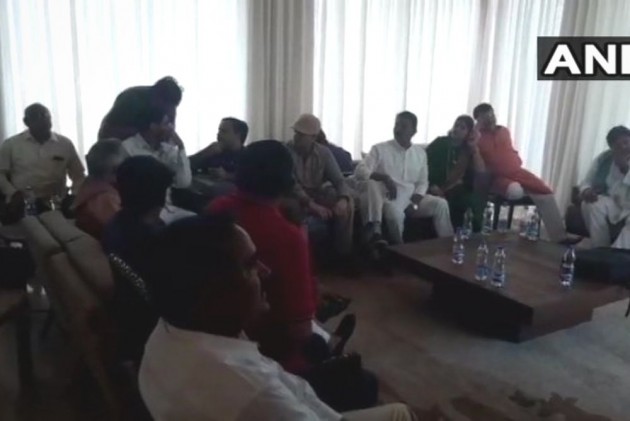 As many as 19 Madhya Pradesh Congress rebel MLAs and MPs have sought police protection during their stay in Bengaluru, a party source said on Tuesday.

"We are the MLAs/MPs of Madhya Pradesh state. We have come to Karnataka state voluntarily on some important work, regarding which we require protection and escort from local police for our safe movement and safe stay in and around Bangalore," said the lawmakers in a joint letter to Karnataka DG and Inspector General of Police Praveen Sood.

A police officer confirmed receiving the letter in English dated March 9. Some of the MLAs/MPs signed the joint letter in Hindi as well as in English.

The rebels flew to Bengaluru in two batches by two chartered aircrafts from New Delhi and Bhopal, and landed at the state-run HAL airport in the city's eastern suburb on Monday morning and late evening.

"All the 19 members, including two women, have been shifted to a resort on the city's northern outskirts late on Monday with escort," the source said on condition of anonymity.

Meanwhile, a Karnataka Congress leader accused the BJP of engineering defections in the party's Madhya Pradesh unit and enacting its "Operation Lotus" to dethrone the 15-month old Congress government in the central state.

Accusing the BJP of doing a "Karnataka" in overthrowing a democratically-elected government in Bhopal, Rathod said they (Modi and Shah) would next target Rajasthan and Maharashtra governments where the Congress is in power.

"They (Modi and Shah) will do anything or go to any extent to remove our governments in the states where BJP was defeated in the last Assembly elections," Rathod told IANS.

Another Congress source told IANS that the ruling BJP's senior legislator and former minister Arvind Limbavalli was hosting the Madhya Pradesh Congress rebels at the behest of Shah at a luxury resort in the city's northwest suburb.

Refuting the charge, a state BJP official said that the Congress should set its house in order first before blaming others for the crisis or revolt in its Madhya Pradesh unit.

"The Congress should answer why its Madhya Pradesh leader Jyotiraditya Scindia resigned from the party after 18 years of association," BJP's state unit spokesman G. Madhusudhana asked.