The bookings for non-AC second class trains will be available online and everyone can avail these services, the Railways Ministry said. 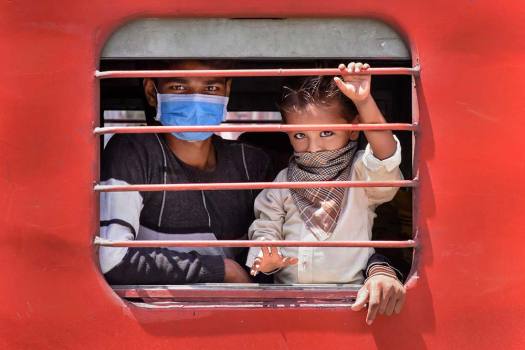 Providing huge relief to people, specially in the country's small towns and cities, the railways will run 200 special passenger trains from June 1, the national transporter said on Tuesday.

These trains will have non-air conditioned second class coaches and will run daily.
They will be plied in addition to the Shramik Special and the air-conditioned special trains which are currently being operated on the Rajdhani routes connecting 15 major cities to Delhi.

All categories of passengers will be allowed to book tickets which will be available online.

While the railways is yet to state which routes these trains will run on, officials said they could cater to the smaller towns and cities.

Earlier, the railways had cancelled all its regular passenger services till June 30.

Railways said the move to start these 200 trains would also be helpful for migrants who can avail these trains if they are unable to board the Shramik Special trains.

"Efforts will be made such that they (migrants) will be able to board trains from   Railway Station Head on mainline which is close to their existing location," the railways said.

The railways also said it has asked the state governments to identify and locate the migrants who are walking on roads to go to their home states and transport them to the nearest main line railway station after registering them the nearest district headquarters. It has also asked the states to give a list of these travellers to the Railway Authorities so that arrangements can be made for their further travel through Shramik specials.

UP Cops Make Men Roll On Ground For Not Wearing Mask, Two Suspended