Armed forces likely to be badly affected due to shortage of supplies and other requisites once the snowfall blocks the roads to Ladakh and the Valley: Amrinder Singh 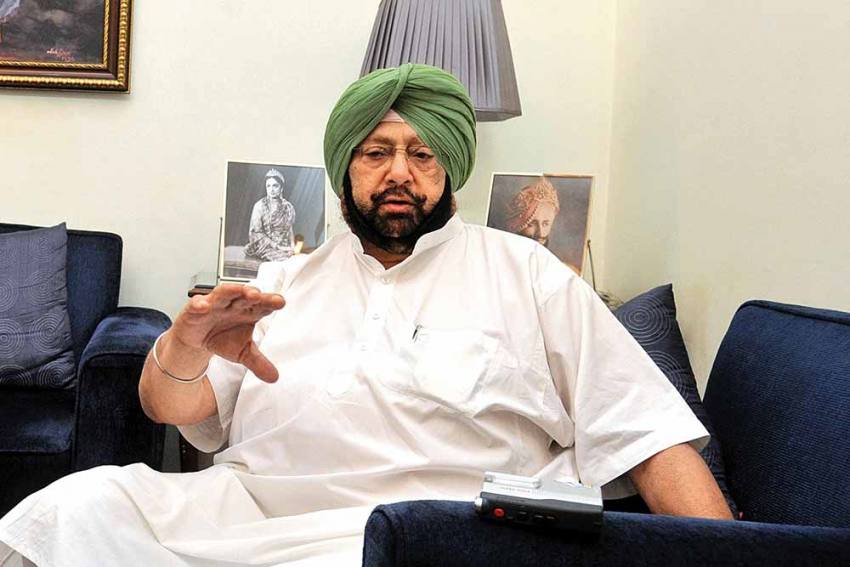 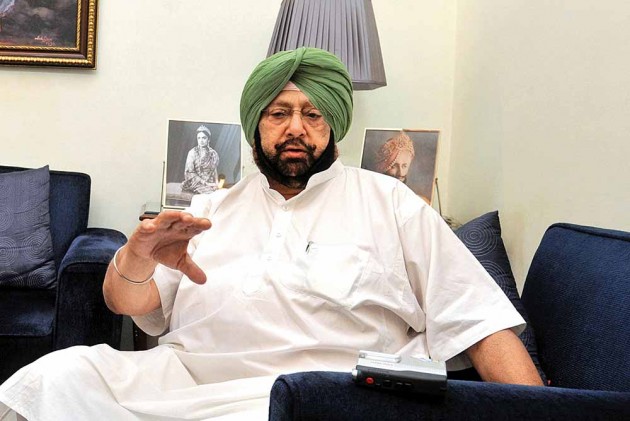 Punjab Chief Minister Amarinder Singh on Sunday wrote to BJP president J P Nadda expressing concern over the continued suspension of goods trains by the railways and warned of its dangerous consequence on national security and on the armed forces.

He said the situation could become extremely dangerous for the country if the armed forces are deprived of critical supplies, amid increasingly aggressive overtures from both China and Pakistan.

Singh, in an open letter to Nadda, said that despite easing of the blockade by farmers agitating against the farm bills the suspension on goods train continued and he called for collective will and statesmanship to resolve the "festering imbroglio".

Singh warned that the armed forces were likely to be badly affected with the onset of winter, as they could run out of supplies and other requisites once the snowfall blocks the roads to Ladakh and the Valley.

"These are dangers that neither the central government nor any political party, including the BJP, can choose to ignore," he said, adding that "the onus lies on all of us… We need to all liaise together, with the common goal of solving the contentious issue, in the interest of the country."

Even Punjab could become more vulnerable to security threats from Pakistan, if the current crisis around farmers is not resolved at the earliest, he warned, noting that ISI-backed terror groups were perpetually looking at exploiting any unrest in the state.

The chief minister stressed that this was neither the time nor the occasion to indulge in political confrontation or allegations and counter allegations.

"What is needed at this critical moment is for all of us to put aside any temptations we may be harbouring to promote our political interests," he said, adding that it is "time for all of us to rise above political considerations and to respond as statesmen to a situation that threatens to spiral irrevocably out of control, if immediate steps are not taken to stem the tide".

Referring to the losses caused in Punjab due to the prolonged blockade,  the chief minister said every day of suspension of goods trains meant critical losses to the industry, agriculture and overall economy, in view of critical shortages of power (coal), urea and DAP stocks.

He said the "frivolous and baseless allegation" of these leaders of "collusion of my government with what they call 'naxal forces' shows a shocking lack of maturity and absence of understanding of the current situation".

He said terming farmers 'Naxals' was reprehensible, given their contribution to the nation's food security.

"The entire country has always looked up to our farmers as 'annadatta', and by comparing their agitation with Naxalism, these BJP leaders have demeaned the nation's 'annadattas' and humiliated every Indian whose lives they sustain," the chief minister added.

He said the root of the problem lay in the fact that instead of joining hands with the state government to find a resolution to the imbroglio around the movement of goods trains in Punjab, the central BJP government was trying to use it to promote its political interest.

The chief minister expressed surprise over the reason of "uncertainty and safety of train operations' cited by the railways to not allow goods trains' movement through Punjab despite the easing of blockade by farmers.

He described the railways' decision as an apparent case of trust deficit of the central government viz-a-viz farmers of Punjab and other states, "who have, in fact, never done anything to hurt the nation" but had, on the contrary, been nothing less than saviours of the country since the green revolution in 1966.

Urging the central government to take the lead in resolving the blockade issue, "which could prove to be the first step to finding ways to address the concerns of farmers and find a permanent solution to the conflict caused by the contentious farm laws," Singh said Nadda could play a pivotal role in this regard as leader of the ruling party at the Centre.

"Let us put our heads together to find a solution that will not destroy the lifeline of our economy, but will benefit every section of the stakeholder fabric that is getting adversely impacted by the current situation," he wrote in his open letter to the BJP chief.